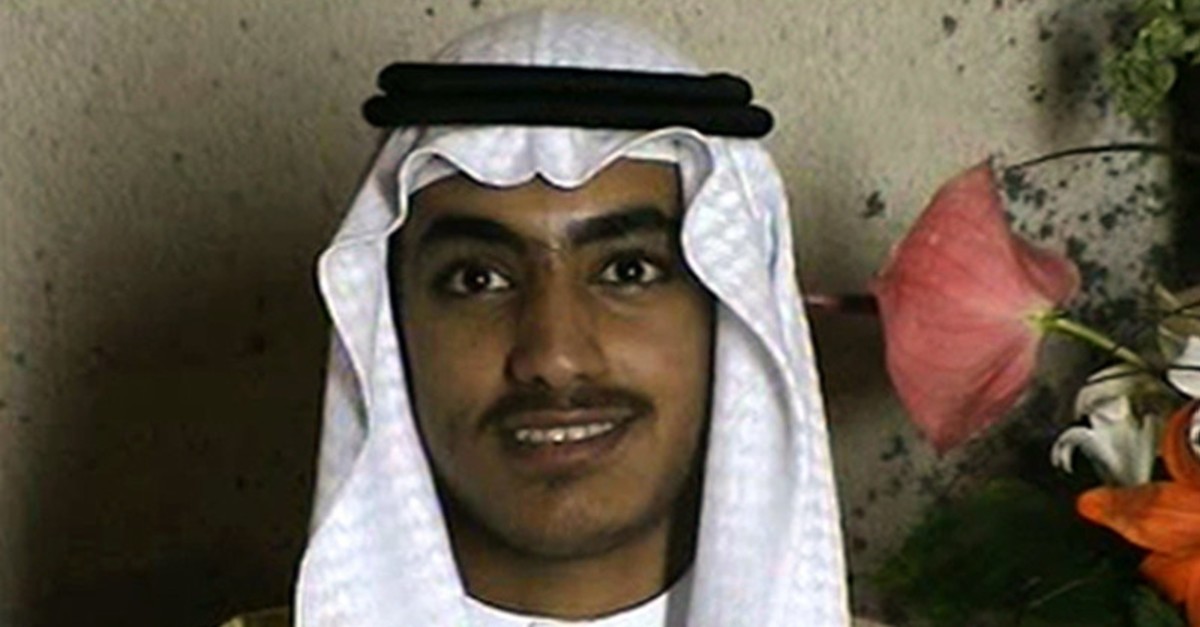 In this image from video released by the CIA, Hamza bin Laden is seen as an adult at his wedding (AP Photo)
by Compiled from Wire Services Aug 01, 2019 8:29 pm

The U.S. has intelligence indicating that the late al-Qaida leader Osama bin Laden's son, Hamza, has died, according to multiple reports published Wednesday.

The New York Times subsequently cited two U.S. officials saying they had confirmation that he was killed during the last two years in an operation that involved the United States.

Questioned by reporters in the Oval Office, President Donald Trump did not confirm or deny the NBC report.

Both reports suggested that bin Laden may have been killed well before the U.S. State Department announced a $1 million bounty on his head in February 2019.

The 15th of Osama bin Laden's 20 children and a son of his third wife, Hamza, thought to be about 30 years old, was "emerging as a leader in the al-Qaida franchise," the State Department said in announcing the reward.

Documents seized in the raid on his father's house in Abbottabad suggested Hamza was being groomed as the heir to the al-Qaida leadership.

U.S. forces also found a video of the wedding of Hamza to the daughter of another senior al-Qaida official that is believed to have taken place in Iran.

Hamza bin Laden's whereabouts have never been pinpointed. He was believed to have been under house arrest in Iran but reports suggest he also may have resided in Afghanistan, Pakistan and Syria.