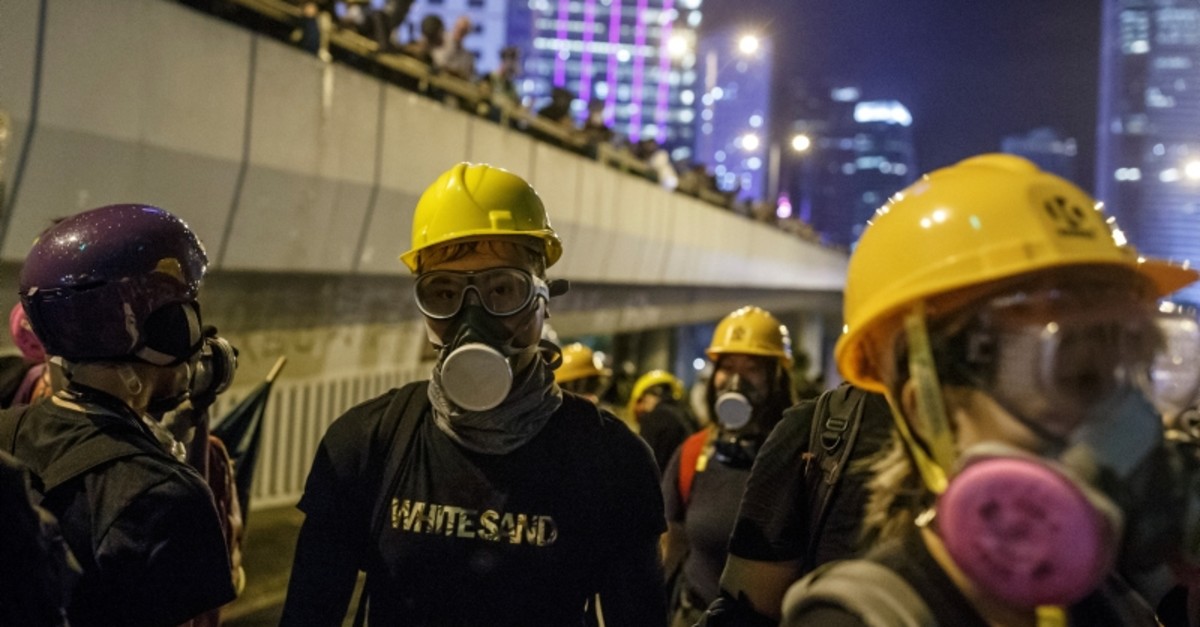 Sunday's pro-democracy rally, attended by hundreds of thousands, concluded a rare peaceful weekend in the city, which has been beset by violent clashes between protesters and police.

Some applauded when the stragglers who had stayed out shining laser pointers at the government building retreated.

Organizers estimated at least 1.7 million people participated in the assembly and subsequent march in central Hong Kong. Police said there were just 128,000 at its peak in the assigned location. Many protesters, however, did not follow the pre-approved guidelines laid out by the authorities.