UN fails to take action to prevent crimes against Rohingyas 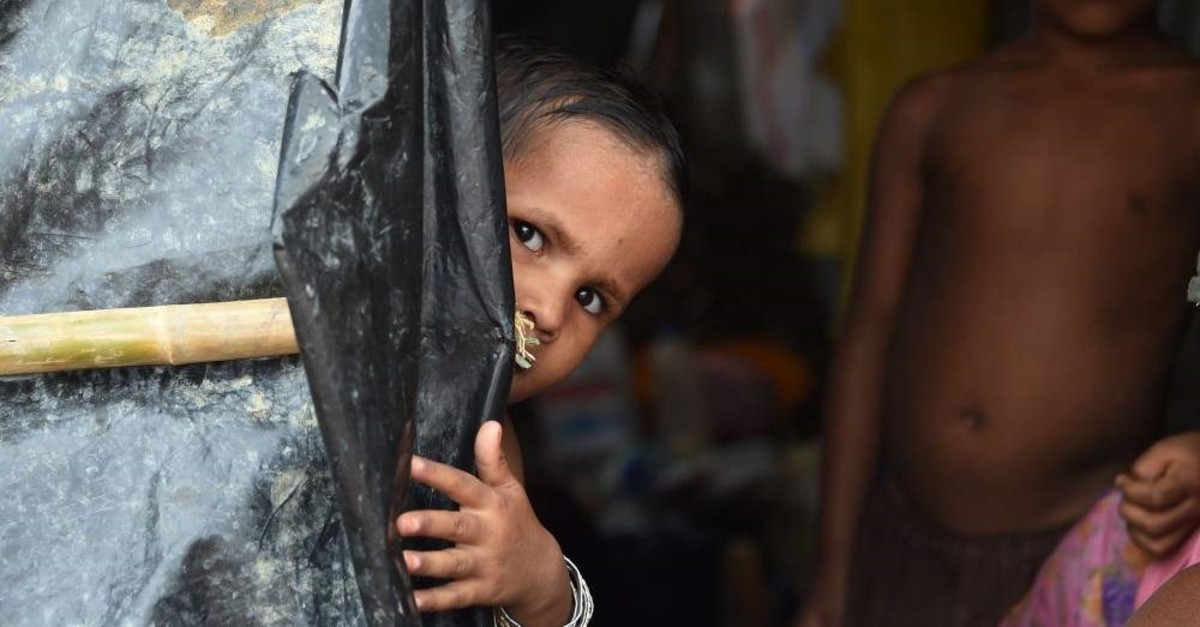 Rohingya refugee children look our from their makeshift shelter at the refugee camp of Balukhali, Ukhia, Sept. 22, 2017. (AFP Photo)
by Compiled from Wire Services Feb 05, 2020 2:37 pm

The U.N. Security Council on Tuesday discussed the International Court of Justice's (ICJ) order that Myanmar must do all it can to prevent genocide against the Rohingya Muslims, but failed to agree on a statement.

Myanmar's ally China as well as Vietnam, which is part of the regional Association of Southeast Nations along with Myanmar, objected, diplomats said, speaking on condition of anonymity because the meeting was closed. Instead, the European Union members of the council urged Myanmar in a joint statement to reporters afterward to comply with the measures ordered by the U.N.'s top court, stressing that they are "compulsory under international law." France, Germany, Belgium and Estonia along with former council member Poland also urged Myanmar "to take credible action to bring to justice those responsible for human rights violations."

"Myanmar must address the root causes of its conflicts, in Rakhine State, but also in Kachin and Shan States," the EU members said. "Accountability of perpetrators of human rights and humanitarian law violations is a necessary part of this process."

Last month, the ICJ ordered Myanmar to protect Rohingya Muslims from acts of genocide, in an embarrassing blow to the country's top leader, Aung San Suu Kyi. The Rohingya remain "at serious risk of genocide," the court found, ordering Myanmar to report back within four months on the steps it has taken to comply with the decision.

The persecution of Rohingya Muslims in Myanmar is one of the worst humanitarian tragedies in our time, but it is also the most overlooked. Rohingya, described by the U.N. as one of the most persecuted communities in the world, has been facing systematic state persecution in the northern Rakhine state of Myanmar since the early 1970s.

The Myanmar government has long been blamed for genocide against the minority Muslim community. The exodus of Rohingya began in August 2017 after Myanmar security forces launched a brutal crackdown following attacks by an insurgent group on guard posts. The report, wrapping up two years of documentation of human rights violations by security forces, revealed that counterinsurgency operations in 2017 included "genocidal acts."

However, San Suu Kyi strongly denied wrongdoing by government forces. Suu Kyi has made it clear that she supports Myanmar's military, which was founded by her father, and her government's rhetoric has left little doubt as to how she regards the Rohingya as her office dismissed accounts of mass sexual violence by soldiers against Rohingya women in 2016 as "fake rape."