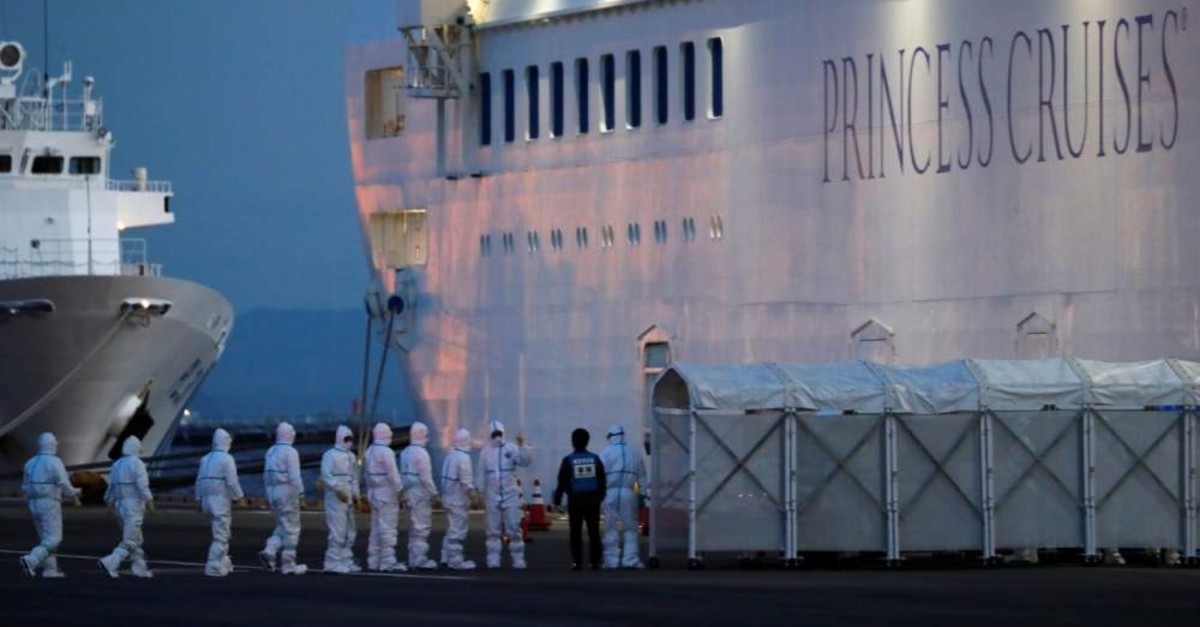 More than 900 people have now died in mainland China from the coronavirus, a record number of deaths in a single day since the virus emerged in the central city of Wuhan with 97 people died in one day. The soaring death toll has dented optimism that disease control measures including isolating major cities might be working, while the operator of a cruise ship in Japan reported dozens of new cases, bringing the total number of known infections to 135.

The virus has spread to about two dozen countries since first being identified in December, prompting the World Health Organization (WHO) to declare a global emergency. While the new virus appears to be less lethal than the 2003 Severe Acute Respiratory Syndrome (SARS) outbreak, which inflected 8,098 people and killed almost 800 over nine months, it is spreading significantly faster. It took the new virus less than a month to surpass the number of SARS cases.

The Diamond Princess has been in quarantine since arriving off the Japanese coast early last week after the virus was detected in a former passenger who got off the ship last month in Hong Kong. "Test results from 103 people have now come out and 65 of them are confirmed positive for the new coronavirus," the ministry said in a statement without giving further details such as their nationalities.

Authorities have continued to test people for the virus where "necessary," the statement added. The ship is expected to stay in quarantine until Feb. 19. The WHO confirmed in a tweet that newly diagnosed cases on the ship should not extend the length of the quarantine. "The quarantine period of the #DiamondPrincess will come to an end on Feb. 19," the WHO said in a tweet.

Quarantine provisions for those suspected of carrying the infection currently extend 14 days, during which time the carrier may not exhibit symptoms. Some experts have suggested that the virus can be transmitted during this asymptomatic incubation, although others have cast doubt on this.

In Hong Kong, two of the 1,138 people subject to mandatory home quarantine after entering from mainland China are now considered "wanted" by police and another seven were given warnings for violating the terms of their sequester. Department of Health officials said in a press conference on Monday that anyone who leaves their home or hotel while under compulsory quarantine will be given a verbal warning on the first offense and a tracking bracelet to monitor their movements on the second. Third-time offenders will be admitted to a government-run quarantine facility for the remainder of the 14-day period, after which they could be charged with six months in prison and up to HK$3,200 in fines.

The incubation period of the new coronavirus that has killed more than 900 people in China could be as long as 24 days, according to a new article co-authored by Chinese epidemiologist Zhong Nanshan. Zhong, who is famed for his work managing the 2003 SARS outbreak and was appointed a top advisor for this crisis, writes that the incubation could be as short as zero days or long as 24, 10 days longer than previously believed. The article, which is still awaiting peer review, indicates that the mean incubation period is three days, Hong Kong's Now News reports.

With the virus cases increasing, Britain has declared the new coronavirus that emerged from China a "serious and imminent threat to public health'' and announced new measures Monday to combat the spread of the disease. The U.K. Department of Health and Social Care said people with the virus can now be forcibly quarantined and will not be free to leave. It named two British hospitals as isolation facilities for those affected and designated the Chinese city of Wuhan and the surrounding Hubei province where the virus first emerged as an "infected area."

China has counted more than 40,000 cases over the past two months. In the first 17,000 or so cases, about 82% are mild, 15% severe and 3% critical, the WHO said Friday. Of 138 patients admitted to Zhongnan Hospital of Wuhan University in the first four weeks of January, 26% were placed in intensive care and 4.3% died, according to a study in the Journal of the American Medical Association published Friday. More than 360 cases have been confirmed outside mainland China, including two deaths in Hong Kong and the Philippines.