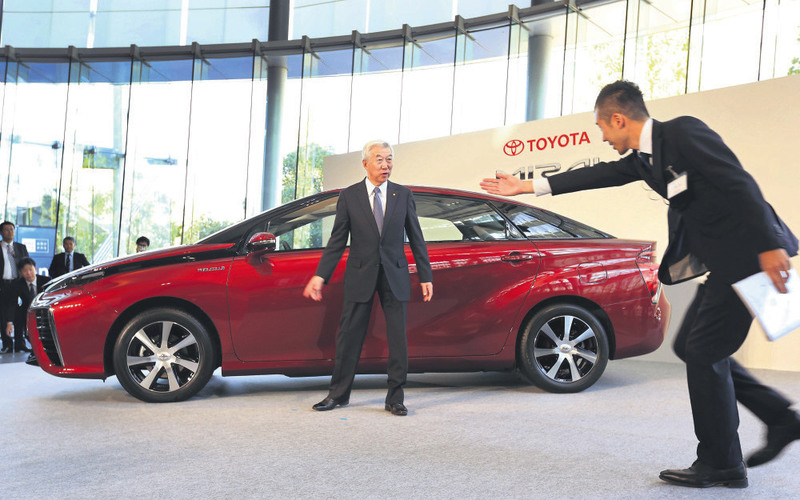 by Associated Press Mar 27, 2015 12:00 am
Toyota Motor Corp. is ready to ramp up its growth again, emerging from an intentional soul-searching lull brought on by its massive global recall scandal that began in 2009. The world's top-selling automaker outlined a new "architecture" yesterday centered on product development and manufacturing initiatives it hopes will be more fail-proof against quality problems, and allow it to keep growing in a "sustainable" way. The first cars under the system, medium-sized front-wheel drive cars, will roll out later this year, and be expanded to half its lineup by 2020, the Japanese automaker said. Executive Vice President Mitsuhisa Kato acknowledged that managing the company's global scope and model lineup had become an increasing challenge. "It is making our effort to come out with ever better cars increasingly difficult," he told reporters at headquarters in Toyota city, central Japan.

He pointed to how President Akio Toyoda had decided to taken "an intentional pause" in rapid growth to strengthen the automaker's competitiveness.The recall fiasco resulted in more than 10 million vehicles being recalled around the world, mostly in the U.S., for a range of problems, spanning faulty brakes, sticky gas pedals and ill-fitting floor mats. Toyota paid penalty fines in the U.S. and faced a number of lawsuits. Before the scandal, Toyota had a reputation for high quality, centered around its super-lean production methods that empowered workers to hone in on quality control. Toyota has acknowledged repeatedly that it had tried to grow too fast. There was no single massive change being pushed at Toyota under the new program, but rather a combination of efforts to guard against quality flaws while maintaining an edge in product appeal, such as cool-looking exterior designs and safety technology.

The plan that Kato kept calling "TNGA," short for Toyota New Global Architecture, is similar to solutions being pursued by other global automakers, such as Japanese rival Nissan Motor Co. and Volkswagen AG of Germany, which are grappling with the challenges of global growth while maintaining quality. Toyota said it will also focus on keeping costs down, while taking on the new steps such as using existing plants and facilities to carry out the changes.
Last Update: Mar 27, 2015 2:19 am
RELATED TOPICS