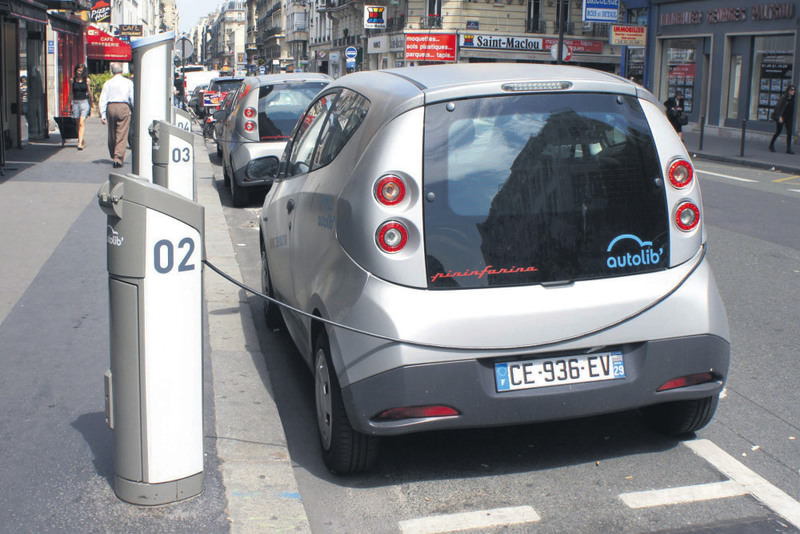 by Uğur Becerikli Jun 02, 2015 12:00 am
Sabah daily has received new information about the first domestic car, namely that two different electric cars are being developed and four models will be put on the market including a sports utility vehicle.

Prime Minister Ahmet Davutoğlu had announced the production of domestic cars in the province of Kırıkkale and due to high competition in the international market, any information regarding the project is currently being kept confidential. While the project is mainly lead by the Scientific and Technological Research Council of Turkey (TÜBİTAK), for the research and development section of the project, an agreement has almost been reached with one of the world's automotive giants.

The preparations for the project are being carried out under the responsibility of the Science, Industry and Technology Ministry and the two domestic cars produced will both be electric. One will be an enhanced range electric car and the other will be a completely electric car.

With the Domestic Electric Car Development Project, fossil fuels will be abandoned and Turkey will make a fast entry into the market for electric cars. The first prototypes will be developed within the year and will be environmentally friendly and have high-efficiency engines. The first test drive of the enhanced range electric car will be made in August and the first phase for the car will be completed.

Since the car is in the test stage, foreign investors are also looking into the project and it is planned that the first fleet will be produced in 2016. The domestic car will also be manufactured in the İzmit region and TÜBİTAK will form an Automobile Excellence Center to support the project, which will ensure that Turkey will be a manufacturer and developer of automobile technologies and be able to create brands that can compete internationally.

Davutoğlu announced during his visit to Kırıkkale that along with the domestic regional aircraft, domestic cars are currently being developed and mass production is to commence at the latest in 2020. He also spoke of the first Arms Organized Industry Zone in Kırıkkale, which is expected to create more job opportunities for the locals.
Last Update: Jun 03, 2015 1:59 am
RELATED TOPICS