Toyota's top female executive steps down after arrest in Japan 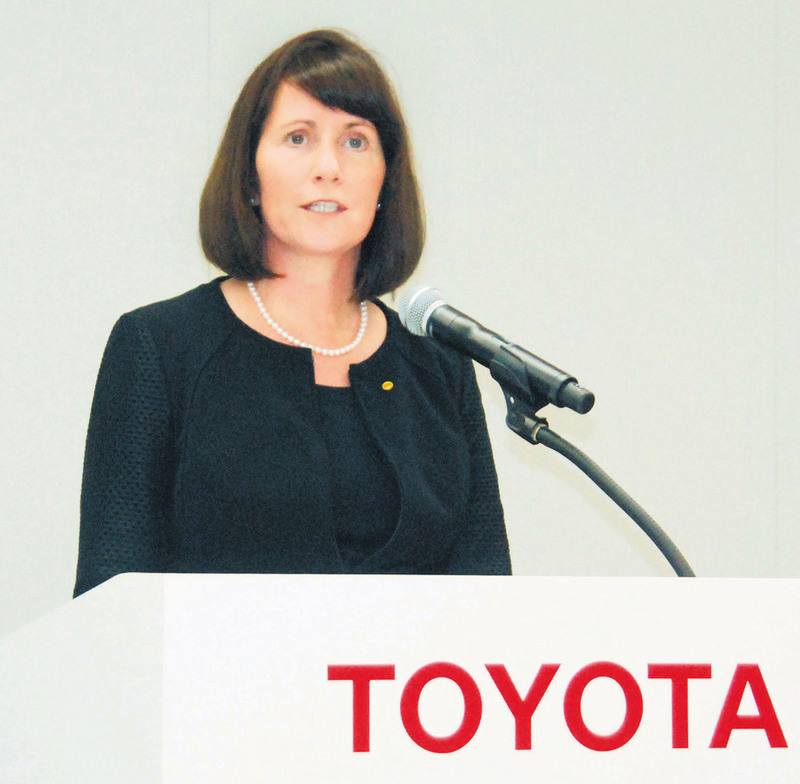 by Jul 01, 2015 12:00 am
Toyota Motor Corp said on Wednesday that Julie Hamp, its first female managing officer, had resigned following her arrest last month on suspicion of illegally importing the painkiller oxycodone into Japan. Hamp, a U.S. citizen, leaves Toyota about a month after she relocated to Tokyo to become the Japanese automaker's chief communications officer. Her appointment was part of a drive by the company to diversify a male-dominated, mostly Japanese executive line-up In a statement, Toyota said it had accepted Hamp's resignation after "considering the concerns and inconvenience that recent events have caused our stakeholders". Senior Managing Officer Shigeru Hayakawa will take over Hamp's duties until a replacement is appointed, it said. Toyota declined to give further details, citing the ongoing investigation. "We remain firmly committed to putting the right people in the right places," it added.

Hamp was arrested on June 18 after customs officials found tablets of oxycodone in a parcel shipped to her from the United States. Hamp said she did not think she had imported an illegal substance, according to the police. Hamp, who remains in police custody, has yet to be charged and under Japanese law, can remain under detention for up to 20 days after her arrest. That timeframe ends on July 8. Oxycodone is a prescription drug in both the United States and Japan. Bringing it into Japan requires prior approval from the government and it must be carried by the individual. Following Hamp's arrest, Toyota said it believed that she had no intent of breaking the law. Hamp joined Toyota's North American unit in 2012 and moved to Tokyo in June.