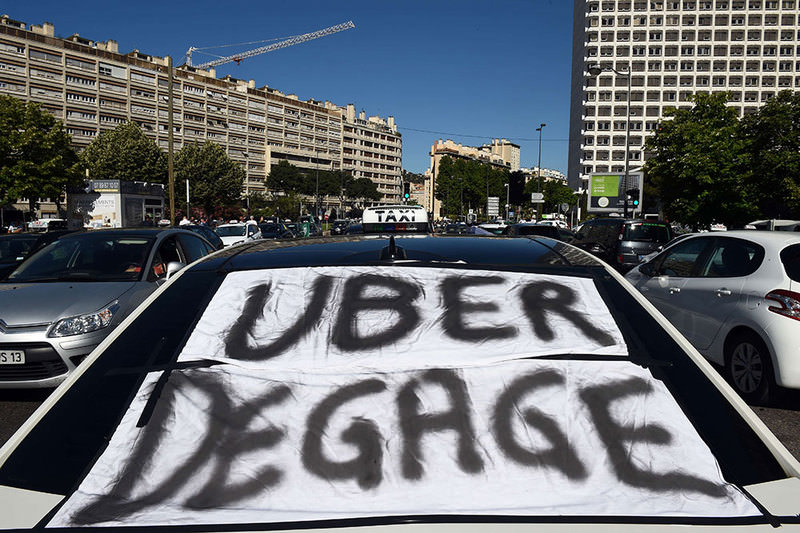 by Associated Press Jul 16, 2015 12:00 am
Uber picked up a hefty tab Wednesday when a judge fined the taxi-alternative's California subsidiary $7.3 million for refusing to give state regulators information about its business practices, including when its drivers turn down ride requests and how accessible vehicles are to disabled riders.

The fine was part of a ruling by an administrative law judge at the California Public Utilities Commission, the regulatory agency that allowed Uber and its competitors such as Lyft to operate in the state as long as the companies reported aspects of their activities.

The judge agreed with utility commission staff who said Uber's California subsidiary, Rasier-CA, has not filed all required reports, specifically about how often it provided disabled-accessible vehicles, places where drivers tend to turn down ride requests, and the causes of accidents.

Uber's app allows passengers to request a ride directly from drivers in the area and allows drivers to decline the request. The utilities commission wants to see whether drivers are accepting fares evenly.

In a written statement, Uber spokeswoman Eva Behrend called the ruling and fine "deeply disappointing" and said the company would appeal.

"Uber has already provided substantial amounts of data to the California Public Utilities Commission, information we have provided elsewhere with no complaints," Behrend wrote, adding that submitting more detailed information could affect the privacy of passengers and drivers.

In a written statement, the utilities commission said Uber was the only company of its kind not to comply with the reporting requirements.

Uber has previously tussled with public officials. In Portland, Oregon, for example it had an extended disagreement with the city that led it to suspend operations. In France, Uber suspended its low-cost service following an escalating legal dispute and sometimes-violent tensions with traditional French taxi drivers. French authorities had ordered the service called UberPop shut down, but Uber refused, pending a legal decision at a top French court.