VW steams ahead with recall plan, hunts for culprits in pollution scam 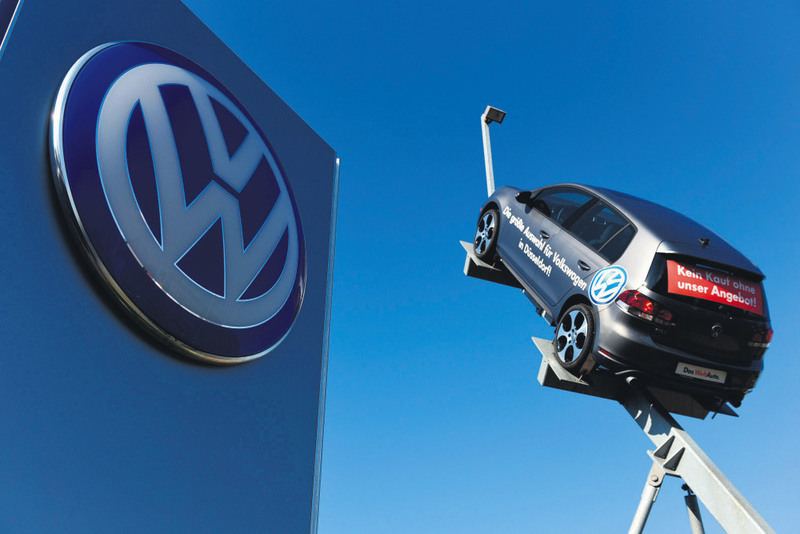 Following the dismissals of Chief Executive Martin Winterkorn and Sales Chief Christian Klinger in Volkswagen's deepest-ever crisis that broke 12 days ago, further heads look set to roll after new CEO Matthias Mueller vowed to be "ruthless" in getting to the bottom of the affair. The steering committee of the carmaker's supervisory board was scheduled to meet later on Wednesday to discuss the preliminary findings of the internal investigation into a scam that has rocked the automobile sector and wiped 29 billion euros off VW's market capitalization, AFP has learned.

A dozen managers suspected of helping to develop and install the sophisticated software, known as a defeat device, or simply aware of the fraud have been suspended pending an internal inquiry, the monthly Manager Magazin reported.

Supervisory board member Olaf Lies said: "Those people who allowed this to happen or who made the decision to install this software - they acted criminally. They must take personal responsibility." In addition, "Huge damage has been done because millions of people have lost their faith in VW. We are surely going to have a lot of people suing for damages," Lies, who is also economy minister of the northwestern German state of Lower Saxony, told the BBC.

Several countries, including Turkey and Germany itself, have launched probes into the scandal, and German prosecutors have also launched an inquiry against the 68-year-old Winterkorn. VW's finance chief, Hans-Dieter Poetsch, who has been tipped to take over as supervisory board chief, could also find himself in the firing line, given his close relationship with Winterkorn and his key role on VW's executive board. "Poetsch's possible nomination as new supervisory board chief is looking increasingly questionable," the business daily Handelsblatt quoted a fund manager, Hans-Christian Hirt, as saying.

Legal probes are underway not only in Germany, but also elsewhere, to find out who knew what and when. The suspect diesel engines went on sale in 2009.

"That means that the pollution-cheating software must have been under discussion within the company as early as 2007 and 2008," the daily Sueddeutsche Zeitung wrote. Winterkorn took the driving seat in VW in 2007. His predecessor Bernd Pischetsrieder and the former head of the Volkswagen brand issued statements via their lawyers on Tuesday evening denying they knew anything about the manipulation.

Volkswagen, the world's biggest carmaker by sales, has admitted that up to 11 million diesel cars worldwide are fitted with devices that can switch on pollution controls when they detect the car is undergoing testing. They then switch off the controls when the car is on the road, allowing it to spew out harmful levels of emissions.

Since the revelations on Sept. 18, VW has seen nearly 40 percent of its share value go up in smoke, although it was showing signs of stabilization on Wednesday, when it added 3.38 percent to 98.42 euros on the Frankfurt stock exchange shortly before midday.

The German government has given VW until Oct. 7 to explain how it will resolve the scandal. The Federal Transport Authority KBA threatened to withdraw road approval for VW models in Germany if the carmaker did not come up with the recall plan by then. On Tuesday, the carmaker said owners of the affected cars would be notified "in the next weeks and months," adding that "all the brands concerned are going to create Internet pages where clients will be able to follow developments."

Lawsuits, including class-action litigation, are also being filed in the United States. VW has already said it will set aside 6.5 billion euros in provisions in the third quarter, but analysts suggest one to three billion euros more could be needed. On top of that, VW also faces onerous regulatory fines, including up to $18 billion in the United States - and the fallout on customer purchases cannot yet be estimated. Volkswagen owners in South Korea and Turkey are following their U.S. counterparts in suing the company. Seoul-based Barun Law said it had filed two complaints with the court on Wednesday morning, claiming the owners were defrauded when they purchased their vehicles. "We received at least 100 more calls from owners today and expect to start adding many more plaintiffs from next week," said lawyer Ha Jong-Sun.
RELATED TOPICS