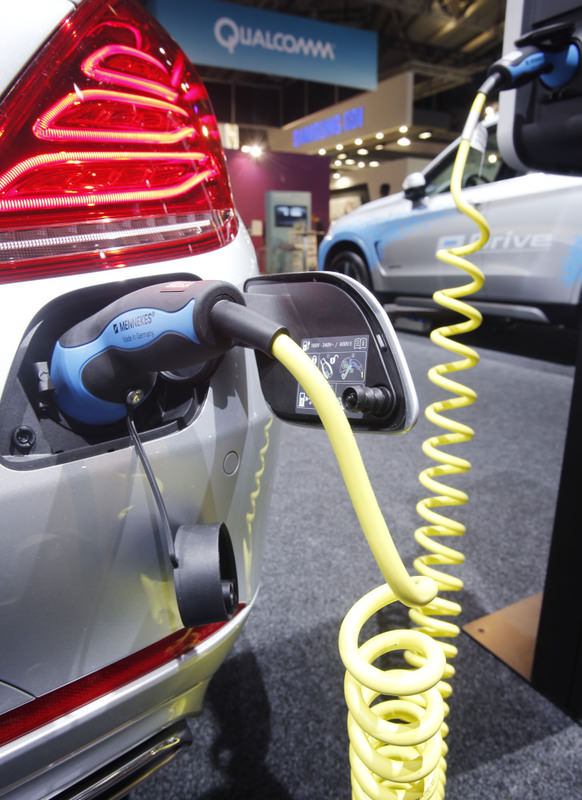 by daily sabah
Oct 05, 2015 12:00 am
Science, Industry and Technology Minister Fikri Işık said that three domestic car prototypes out of four have been completed by the Scientific and Technological Research Council of Turkey (TÜBİTAK) and that testing began in August.﻿

While the future of cars using fossil fuels continues to be discussed, Turkey prefers an electric engine in its domestically produced car. Işık gave good news about domestically designed electric and hybrid cars, which are being developed in the Kocaeli Informatics Valley. While announcing the list of Turkey's most entrepreneurial and innovative universities during a press conference held at TÜBİTAK, Işık shared the latest information about the domestically produced electric car. He did not give a specific date for the prototypes' debut, but said it could happen before he left office, which was interpreted as the car being displayed before any change in government.

Electric cars with extended ranges and internal combustion cars with alternative engines, known as hybrids, will be tested using these prototypes. After some tests such as crash testing, difficult ground testing and suitability to seasonal conditions testing are completed, a fleet of 30 to 40 cars is aimed to be produced in 2016. One car from the first fleet will be Işık's official car, as he had announced that he would use an electric car as his official car as long as he served as the minister. It was also learned that the ministry would prefer "a completely electric car" not "an electric car with extended range" as the ministry's official car. After the electric car is introduced in Kocaeli, a ceremony will be held for the domestically designed electric car and the first test drive is planned to be conducted at the Istanbulpark Formula 1 track.

Such prototypes will be developed taking into account all aspects of a car's design, performance, comfort, quality and safety, the minister said, adding that they would strive to offer cars at the most affordable prices to domestic and international consumers before 2020. According to Işık, endeavors to put Turkish-origin cars equipped with the latest technology on the road before 2020 are continuing in a rapid and resolute way in accordance with the program. Işık also stressed that some changes needed to be made to the fourth prototype, but it will be launched within the next few months.

Ever since Işık took office, he specifically focused on the development of domestic automobiles. Previously, Işık had highlighted his trust in Turkish industry and said, "Domestic automobiles will have three main features: Good quality, high safety standards and comfort." The companies that will commercially market these cars will be determined in 2016. They will be invited to mass-produce these cars after every step is completed, and big automobile manufacturers or new companies will be the producers of these cars.

The companies that will commercially market these cars will be determined in 2016. They will be invited to mass produce these cars after every step is completed, and big automobile manufacturers or new companies will be the producers of these cars.