VW's US chief apologizes to Congress for emissions scandal 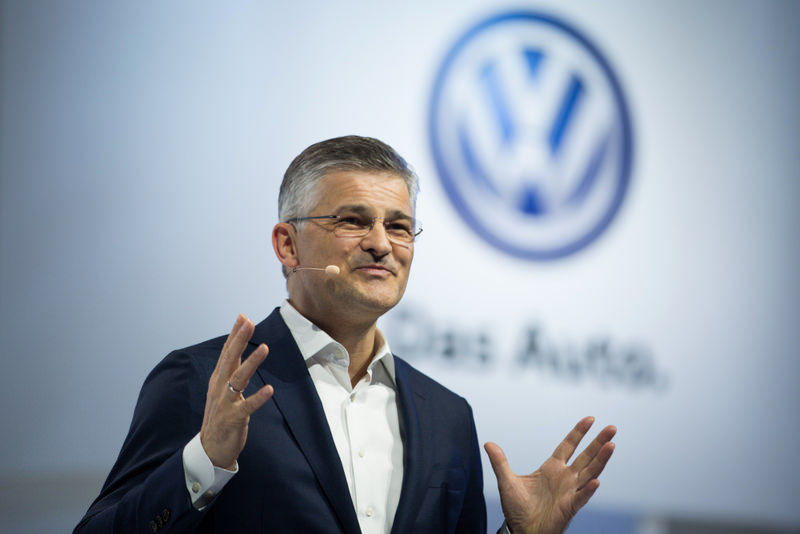 The head of Volkswagen's U.S. division apologized to the U.S. Congress and said the company takes "full responsibility" for an emissions cheating scandal, according to testimony released Wednesday.

Michael Horn, president and chief executive of Volkswagen Group of America, said it was "deeply troubling" that the company installed a "defeat device" on several diesel models for years to hide from regulators the cars' actual gas emissions when in use.

"On behalf of our company, and my colleagues in Germany, I would like to offer a sincere apology for Volkswagen's use of a software program that served to defeat the regular emissions testing regime," he said in the testimony prepared for a Capitol Hill hearing on Thursday.

"These events are deeply troubling," Horn said. "We have broken the trust of our customers, dealerships, and employees, as well as the public and regulators."

Horn was to appear at a hearing into the scandal of the House Committee on Energy and Commerce Subcommittee on Oversight and Investigations.

Horn also announced that VW had withdrawn its application for EPA certification of its new 2016 four-cylinder diesel cars because they also included a software device governing emissions that needed to be disclosed and assessed.

He added that Volkswagen was working with regulators "to continue the certification process." "We are determined to make things right," Horn said.

"This includes accepting the consequences of our acts, providing a remedy and beginning to restore the trust of our customers, dealerships, employees, the regulators and the American public."

EPA fines related to the nearly 500,000 diesel cars that VW sold in the United States with software that cheats emission tests could run to $18 billion.

According to a prepared testimony from two EPA officials for the Thursday hearing, the agency continues to investigate the issue.

"We will be working closely with the Department of Justice throughout this investigation, and determinations regarding potential penalties and other remedies will be assessed," they said. "However, at this point we are unable to provide further details of the investigation because the release of such information could jeopardize this ongoing enforcement initiative."

Meanwhile, Volkswagen's software used to cheat emissions tests was switched on in diesel vehicles in Europe, German daily Sueddeutsche Zeitung reported Thursday, citing Volkswagen. The paper cited Volkswagen as saying the carmaker now knows that the software recognises test procedures both in the United States and in Europe. The biggest business crisis in Volkswagen's 78-year history has wiped around third off its share price, forced out its long-time chief executive and sent shockwaves through both the global car industry and the German establishment.