Renault at loggerheads with France as board clash looms 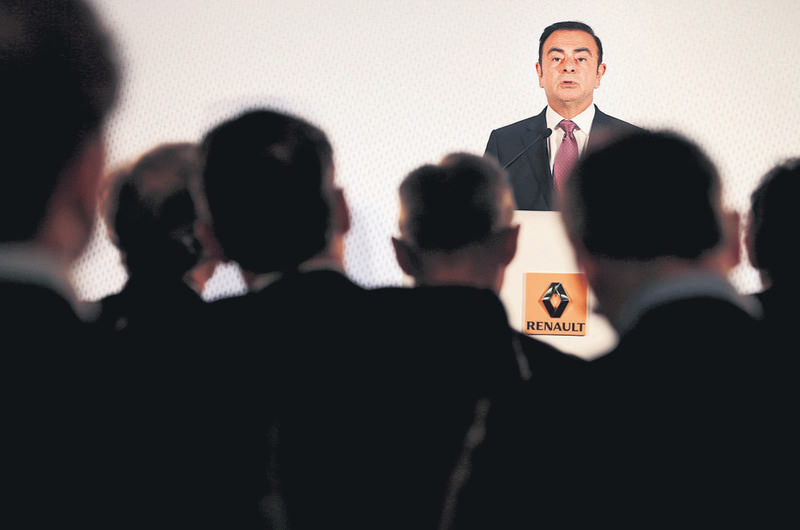 Carlos Ghosn, CEO of the Renault-Nissan Alliance, speaks during Renault's 2014 annual results presentation at its headquarters in Boulogne-Billancourt, near Paris.
by Dec 08, 2015 12:00 am

The French carmaker remains on a collision course with France, its biggest shareholder, in a dispute when the French Economy Ministry raised the government's stake in Renault to secure double voting rights

Renault is drawing up proposals to relinquish some power over alliance partner Nissan, sources said, and will begin shoring up boardroom support in the final days before a likely clash with the French government. Renault remains on collision course with France, its biggest shareholder, in a dispute that erupted in April when Economy Minister Emmanuel Macron raised the government's stake in the carmaker to secure double voting rights.

With board-level negotiations making little headway, people with knowledge of the matter said Renault is preparing to make good on earlier threats to weaken its grip on Nissan, in which it currently holds a controlling stake of 43.4 percent.

"There's nothing that comes close to an agreement," a source close to the alliance said. "It's as if the government wants to find out whether it's a bluff." At stake may be the future direction of Renault-Nissan. Under Chief Executive Carlos Ghosn, the alliance ranks as the world's fourth-largest carmaker on a combined sales basis. The conflict reflects the disparity between formal structure, in which Renault has nominal control, and operations under Ghosn, who heads both carmakers. Since its 1999 rescue by Renault, Nissan has far outgrown its French parent and now leads the way in many engineering projects and other areas. Macron has warned Ghosn against making moves to loosen Renault's control of Nissan or leadership of the alliance.

"Any unravelling or weakening of the links between the two companies cannot be a solution," he reiterated in a Sunday newspaper interview. Renault-Nissan declined to comment. France is boosting its corporate clout with a law granting long-term shareholders - including the state - double voting rights in any companies that do not opt out.

Macron deployed 1.2 billion euros ($1.3 billion) of public cash to raise France's Renault stake temporarily to 19.7 percent and block Ghosn's opt-out proposal at the April shareholder meeting. Even after its holding is pared back to 15 percent, the state will command a blocking minority when the Florange law takes effect at the end of March. Macron on Sunday reiterated the government's compromise offer, first reported by Reuters, to limit the exercise of its additional voting rights to strategic questions. But Renault's proposal is likely to go much further, sources said, neutralising its control with a binding pledge never to interfere in Nissan management - as demanded by the Japanese carmaker on Nov. 30 along with restrictions on the government votes.

As a safeguard, Nissan wants to be authorised to increase its 15 percent Renault stake if the promise is broken. Once the holding reached 25 percent, Renault could lose the votes on its Nissan shares under Japanese law. In a sign that Macron may have given some ground, French officials privately acknowledge that any last-minute compromise would likely require a Renault-Nissan deal adjusting their relationship, defined in a 2002 alliance master agreement. But moves to end Renault control will meet stiff resistance, according to people familiar with government thinking.

"That's not going to cut any ice," said one. "With all the fuss they've made, Renault-Nissan have mainly succeeded in putting the state at the very centre of their alliance." Besides Ghosn, the 19-member Renault board consists of 10 independent directors, who have so far backed the CEO; four workers' representatives; two Nissan appointees; and two French government officials. Macron has demanded that Ghosn and both Nissan appointees abstain from voting to avoid conflicts of interest, sources say. The independents, including Danone Chairman Franck Riboud and Total's Thierry Desmarest, have also been criticized by

French officials for betraying Renault - a charge they rebuffed in an unusual group statement last month.