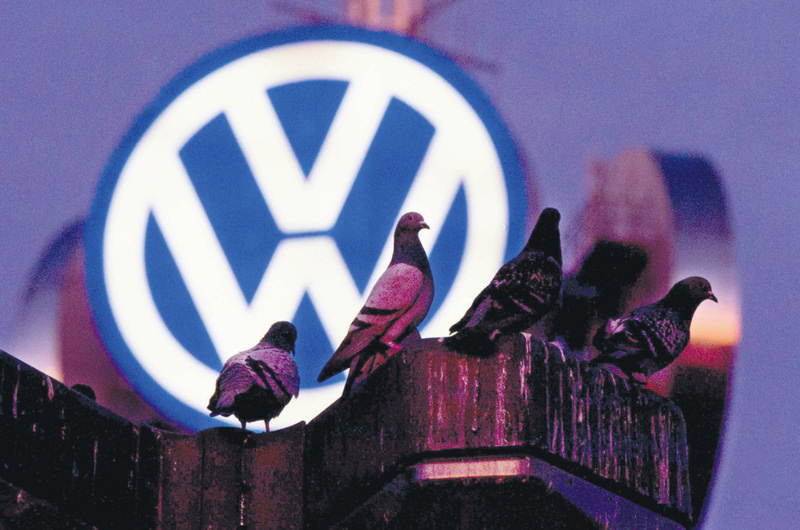 by Dec 12, 2015 12:00 am
Beleaguered German auto giant Volkswagen (VW) said Friday that worldwide sales of its own-brand VW cars slid 2.4 percent in November, and the figure for the whole of 2015 was likely to fall short of last year's level as well. VW said in a statement that it sold 496,100 VW-brand cars worldwide in November, 2.4 percent fewer than in the same month a year earlier. And the downward trend was likely to continue for the year as a whole.

In addition to the VW marque, the group owns 11 other brands, such as Porsche, Audi, Skoda, SEAT and Lamborghini. "Developments in world markets, which are in some cases tense, and their effects on the Volkswagen Passenger Cars brand will continue until the end of the year," said VW-brand board member Juergen Stackmann. The Brazilian and Russian markets, for example, were continuing to decline, "a development that is also affecting Volkswagen," Stackman said. "By contrast, deliveries by the brand in China rose."

Taking the 11 months to November, worldwide sales fell 4.5 percent to 5.336 million, VW said. "In view of the situation of the brand, which is currently challenging, I do not expect that we will be able to compensate for this fall in the remaining days of the year," he said. Last year, the Volkswagen Passenger Cars brand delivered 6.12 million units throughout the world. VW was plunged into its deepest-ever scandal in September, when it was forced to admit it had installed emission-cheating software into 11 million diesel engine vehicles worldwide. The revelations sent shockwaves through the world's auto sector and there were fears the scandal could also hit the wider German economy. The costs facing VW, once seen as the paragon of German industry, are still incalculable, not only in terms of reputation and global earnings, but with regard to the potential billions in possible fines and legal costs as well.
RELATED TOPICS