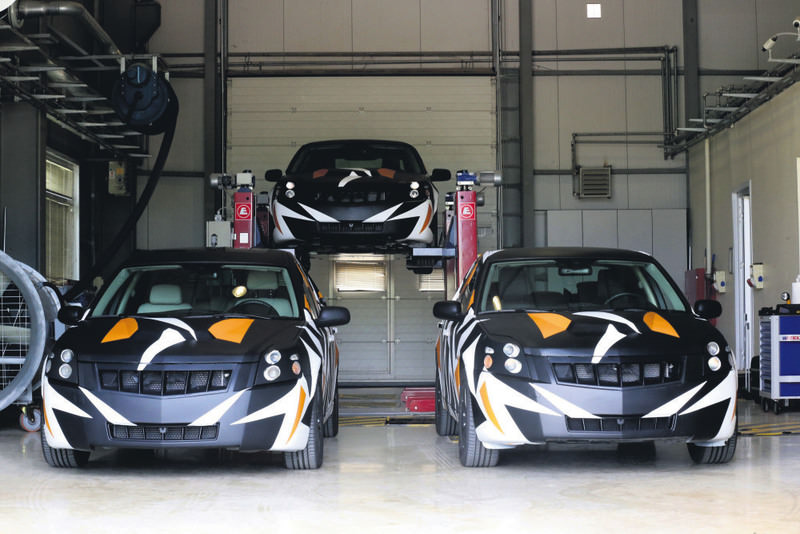 The final model of Turkey's first domestically produced car, which comes in four different models, will be displayed at the 2018 Istanbul Autoshow. The fourth prototype, a crossover model, will be introduced under camouflage on Dec. 22

Science, Industry and Technology Minister Fikri Işık said that a domestic car would be unveiled in its final form during the Istanbul Autoshow in 2018, adding that work on the domestic car runs in accordance with the schedule, and its fourth prototype will make its debut on Dec. 22.

According to Işık, three prototypes of the domestic car have been launched thus far, and the fourth, a crossover model, would be unveiled on Dec. 22. The crossover model will be loaded with Scientific and Technological Research Council of Turkey's (TÜBİTAK) technology and go through all kinds of tests in all weather and terrain conditions. "We plan to produce a fleet by the end of 2016," the minister said.

Turkey's first domestic cars will go on sale in 2020, according to the country's industry minister, who announced that three prototypes were ready in October, with a local content ratio of at least 90 percent. Prototypes have been displayed under camouflage and will not be seen until 2018. In October, Işık said that the project includes two major steps. One is an automotive excellence center to be established on the Gebze campus of TÜBİTAK in 2016 to accumulate knowledge and experience in the industry. The second will establish an engine excellence center to help Turkey develop engines used in construction machines, tractors, generators, trucks and forklifts. The project will be put into operation in 2016. The ministry is focusing on a car model that has an extended range and operates on electricity. The model has a 15 kilowatt-hour battery (kWh), which allows a car to go 100 kilometers at a monthly cost of around TL 60 ($20), and a small generator that runs on fossil fuels and generates electricity when the battery is about to die during long-distance drives. The generator strengthens the engine while charging the battery.

Turkey approaches the production of domestic cars in the automotive excellence center "in a holistic manner," aiming to advance in new technologies and to satisfy the needs of both domestic cars and additional sectors. When all these are put into operation, Turkey will produce domestic cars with a local content ratio of at least 90 percent in 2020. The project will improve Turkey's energy imports and improve fuel efficiency, expecting that the domestic vehicle will consume two liters per 100 kilometers compared to the current six liters per 100 kilometers.  The first domestic car project is led by TÜBİTAK with R&D activities supported by the government, as it is "not fair to place such a burden on the private sector." However, after mass production commences, the government hopes to involve the private sector.
RELATED TOPICS