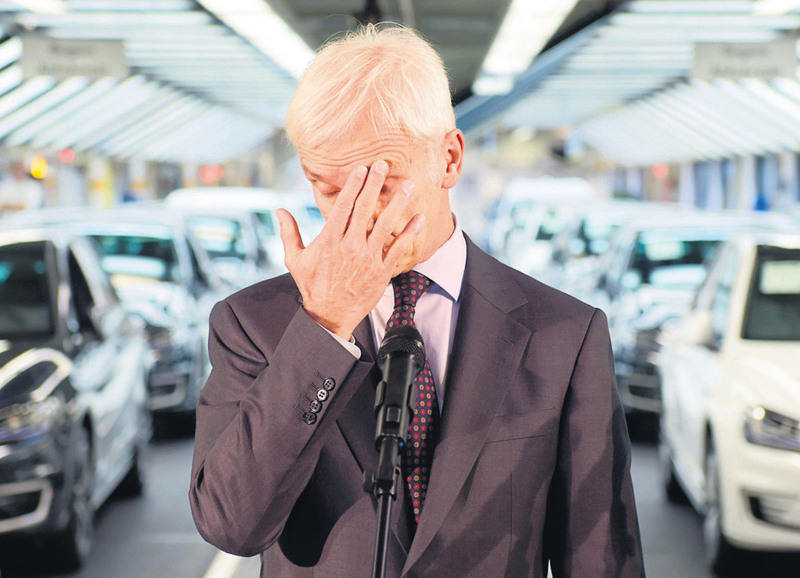 by Dec 16, 2015 12:00 am
European car sales soared 13.7 percent in November, but scandal-plagued Volkswagen (VW) trailed the pack with only a 4.1-percent increase, data from a trade industry body showed Tuesday. While VW still remained by far the top carmaker in Europe by sales, it had the smallest monthly percentage gain of all carmakers, the European Automobile Manufacturers Association data showed.VW has been embroiled in scandal since September, when it admitted it had installed emission-cheating software into 11 million diesel engine vehicles worldwide. The scandal could easily cost the company tens of billions of euros in repair costs and fines, and there have been concerns that it could also hinder sales going forward. The company said last week that worldwide sales of all of its 12 different brands were down 2.2 percent in November.

Although VW's European sales still rose in November, its market share slid to 24.3 percent compared to 26.6 percent in the same month last year. Over the 11 months of the year, European new car registrations - a proxy for sales - were up 8.7 percent to 12.6 million vehicles, already beating the number sold in 2014. "Nevertheless, this result is only now reaching the levels registered in immediate post-crisis years," said the European Automobile Manufacturers Association in a statement. The 1.08 million vehicles sold in November this year is still far from the more than 1.2 million vehicles sold during that month in 2006 and 2007, before the global economic crisis struck.
RELATED TOPICS