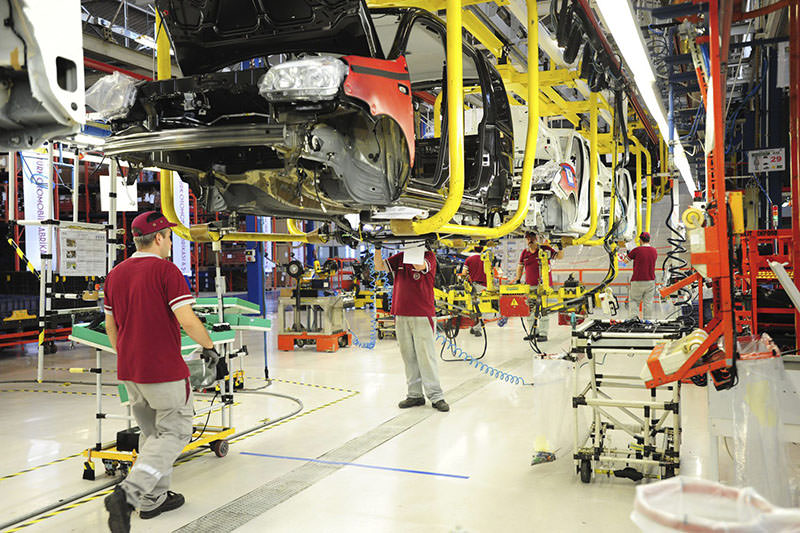 by Anadolu Agency Mar 07, 2016 12:00 am
Exports of automobiles from Turkey increased by 17 percent in February, the country's Automotive Industry Exporters' Union said on Monday.

Turkey's automotive exports increased to nearly $2 billion in February compared to $1.7 billion in the same month of 2015.

The union said that the export value in the month was the highest since 2008.

"The country's automobiles exports to Germany, the U.K., France, Italy, Spain and other developed countries increased by up to 48 percent, compared with the same period of last year," Orhan Sabuncu, chairman of the association, said.

However, Sabuncu said that the country's exports to Russia declined by 33 percent the same month.

"The sector aims to reach $23 billion in automotive exports in 2016" Sabuncu added.

Out of the country's $2 billion-worth of autos exported in February, over 80 percent [over $1.6 billion worth] of automobiles, commercial vehicles and spare parts went to countries in the EU.

The country's automobile producers manufactured 1.4 million cars in 2015 (including automobiles, light commercial vehicle and tractors)-an increase of 16 percent from 2014.