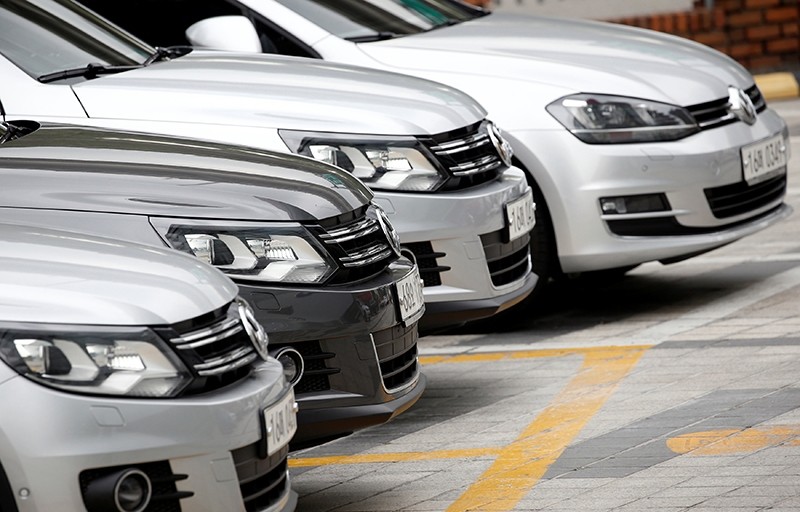 South Korea on Tuesday suspended sales of most Volkswagen AG models in a fresh blow to the German automaker as it struggles to overcome the global repercussions of its emissions-test cheating sandal and rebuild its tattered image.

The move could slam the brakes on sales for Europe's biggest automaker in the Asian market, where its local unit had more than tripled revenue to 2.82 trillion won over the past five years before becoming mired in the emissions scandal.

Volkswagen described the ruling as "most severe" and said it would consider a legal challenge.

In all, 209,000 VW vehicles have been de-certified in South Korea, mainly over emissions-related problems, since November or 68 percent of the vehicles the automaker had sold in the country since 2007, the environment ministry said.

While South Korea is a relatively small market for Volkswagen, it is a major market for its luxury marques Audi and Bentley and one of the fastest-growing markets for all brands.

It could take more than three months for the affected brands to be back on showroom floors, officials said.

"It usually takes three months for vehicle certification, but this may take longer for Volkswagen, as we will take thorough steps," environment ministry director Hong Dong-gon told reporters.

Any delay in recalls previously ordered over emissions test manipulation could be met with an order for VW to exchange those vehicles for other models, Hong added.

In a letter to customers posted on its South Korean homepage, Volkswagen said it would consider requesting an "injunction of execution".

It also could take legal action against the government's decision "if this will help recover our company's business reputation and benefit our consumers, dealers and other partners," it added.

Volkswagen voluntarily halted sales of most of its models in South Korea from July 25, ahead of the government's decision.

The company reported a 12 percent drop in quarterly profit at its main passenger car division last week, showing the challenges it still faces since admitting in September to using software to falsify pollution tests on some diesel cars.

In addition to billions of dollars in costs related to the scandal, it is also tangled in legal action in the United States, Germany, South Korea and elsewhere.

South Korea has taken a particularly tough line, with prosecutors raiding Volkswagen's Seoul offices and arresting an executive in June.