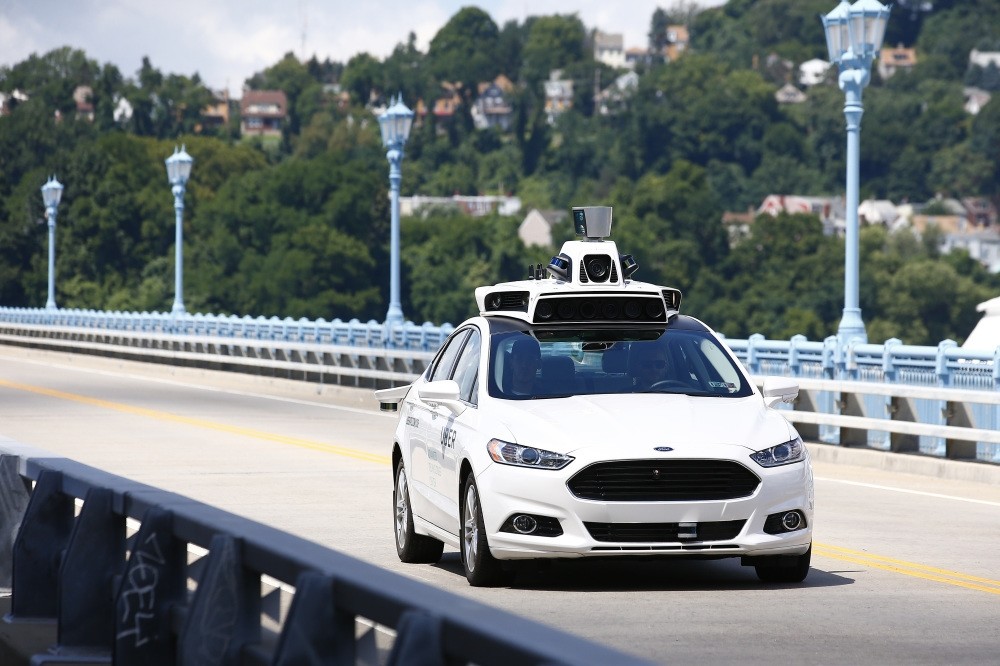 Uber said the program would begin with the cars carrying company "co-pilots," engineers and safety personnel, after testing the cars in the western Pennsylvania city without passengers for months

The option to hail a ride in a self-driving car, which was science fiction just a few years ago, will soon be available to Uber users in Pittsburgh, the first time the technology has been offered to the general public. Within weeks, customers will be able to opt into a test program and summon an autonomous Ford Fusion. But since the technology has not been perfected, the cars will come with human backup drivers to handle any unexpected situations. Although other companies including Google are testing self-driving cars on public roads, none offers rides to regular people. As an enticement, the autonomous rides will be free, the company said.

Uber, which has a self-driving research lab in Pittsburgh, has no immediate plans to deploy autonomous cars in other cities. But in an interview with The Associated Press, CEO Travis Kalanick said development of the vehicles is paramount for the San Francisco company, which has grown exponentially after starting seven years ago.

"We've got to be laser-focused on getting this to market, because it's not a side project for us," he said. "This is everything. This is all the marbles for Uber."

Without drivers, the cost of hailing a ride will be cheaper than owning a car, changing the way we all get around, Kalanick has said.

By using human backup drivers, Uber is basically testing the technology and taking people along for the ride, said Bryant Walker Smith, a University of South Carolina professor who studies self-driving technology.

"Part of this is marketing in the sense that they're going to be doing continued research and development of these systems," he said.

Uber also announced that it was acquiring a startup called Otto that has focused on developing self-driving big rigs and is stocked with big talent in the still-small world of self-driving technology, including Anthony Levandowski, one of the field's pioneers. Kalanick said the acquisition signals Uber's intent to get into the movement of goods and freight. In another deal, the company announced a $300 million alliance with Volvo to supply vehicles and technology. The announcements may push it ahead of its prime competitor, Lyft, which earlier this year took a $500 million investment from General Motors.

Those arrangements are part of a flurry of deals between Silicon Valley tech companies, traditional automakers and ride-hailing companies as they vie for autonomous car leadership. Google has been testing self-driving cars on public roads since 2009 but has never offered large-scale rides to the public.

Uber's move to haul passengers with autonomous vehicles is not surprising, given the company's history of pushing into gray areas with little or no regulation, Walker Smith said. Local laws in Pittsburgh may require a driver behind the wheel, but Pennsylvania has no laws governing autonomous cars and their role in ride-hailing, he said.

He predicted that drivers will often have to intervene in Pittsburgh, with its winding, hilly roads and vast number of bridges. Each winter the city gets about 30 inches of snow, which can cover lane lines and trick autonomous car sensors that use them to help guide the ride. Use of the backup drivers is also an acknowledgement that current autonomous driving systems cannot handle the wide range of unpredictable circumstances on public roads.

Timothy Carone, a Notre Dame professor who has written about the future of automation, noted that Uber is mitigating the risk with its own drivers - unlike Tesla Motors, which put semi-autonomous technology in the hands of individual customers.

"This is a way to get autonomous cars out there and accepted and increase the adoption rate," Carone said. "It will take a decade of testing before an 18-year-old can get in the car and tell it where to go."

Uber-branded test cars have been on Pittsburgh roads for several months. Standing at a bus stop, Anthony Fielder of the suburb of Carnegie was open to the idea.

"I'd be willing to try it as long as there's a real human there to hit the brakes, you know, if the thing goes belly-up," he said. "We can only rely on technology so much or it's going to bite us."

Kalanick would not speculate on when Uber might be ready to dispense with the human driver, saying that full automation can only be used now in limited places with little traffic. That's different from the relative chaos of even a small downtown, much less a big city where drivers do not always follow the rules.

Carone expects Uber competitors will now accelerate self-driving tests or merger plans. He thinks they will adopt the same risk-management approach as Uber. Ford Motor Co., for example, said earlier this week that it will have a fully autonomous car with no steering wheel or pedals on the road by 2021, but it will only be used by car-sharing services and will not be sold to individuals.
RELATED TOPICS