VW, Robert Bosch agree to pay $1.6B to settle US diesel claims 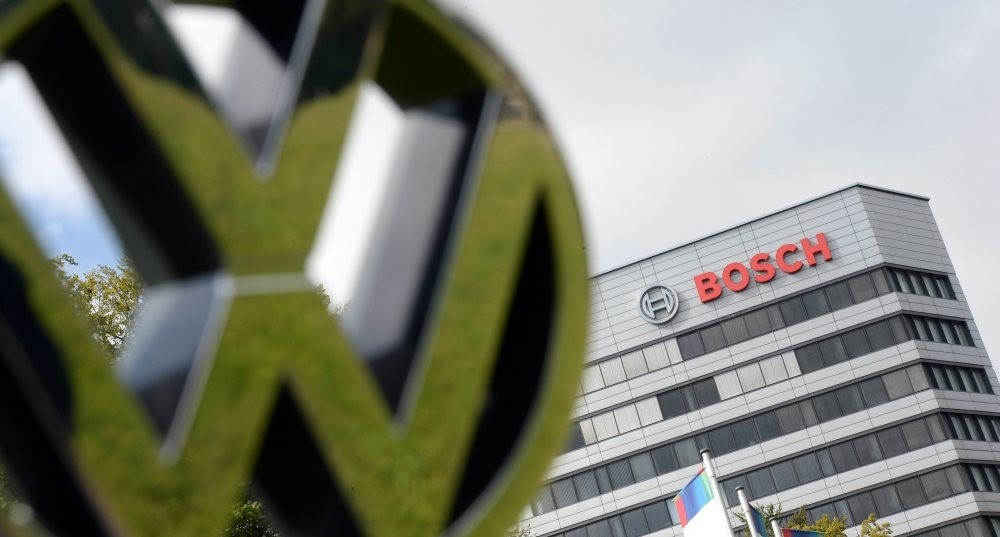 by Feb 02, 2017 12:00 am
Volkswagen AG has agreed to pay at least $1.26 billion to fix or buy back nearly 80,000 polluting 3.0 liter diesel-engined vehicles -- and could be forced to pay up to $4.04 billion if regulators don't approve fixes for all vehicles, court documents filed late Tuesday showed.

In December, VW said it had agreed to buy back 20,000 vehicles and expected to fix another 60,000. The settlement documents show that if regulators do not approve fixes, the

German automaker's costs could jump dramatically. Under the settlement that must be approved by a U.S. judge, owners of 3.0 liter vehicles who opt for fixes will get compensation of between $7,000 and $16,000 from Volkswagen if emissions fixes are approved in a timely fashion -- and the automaker will pay another $500 if the fix affects a vehicle's performance. Owners who opt for a buyback will get $7,500 on top of the value of the vehicle.

Volkswagen could be forced to pay as much as $4.04 billion - and much more in individual owner compensation - if regulators reject a fix entirely, according to the U.S. Federal Trade Commission, which had sued VW and voted unanimously to back the deal. The settlement is the last major hurdle to Volkswagen moving beyond its emissions scandal, though it still faces suits from some U.S. states and investors. VW has been barred from selling diesels in the United States since late 2015. VW has agreed to repurchase the 2009-2012 Volkswagen and Audi 3.0 liter vehicles, but believes it will be able to fix the 2013-2016 Volkswagen, Audi, and Porsche 3.0 liter vehicles.

Separately, German auto supplier Robert Bosch GmbH has agreed to pay $327.5 million to compensate owners of polluting U.S. vehicles. VW previously agreed to spend up to $10.03 billion to buy back up to 475,000 polluting 2.0 liter vehicles after it admitted it installed secret software to evade emissions controls. Diesel car owners sued Bosch in 2015 claiming the company helped design secret "defeat device" software that allowed VW to evade emissions rules and alleged Bosch was a "knowing and active participant" in Volkswagen's decade-long scheme. Under the agreement, Bosch will pay $163.3 million to address 2.0 liter vehicle claims, with most owners getting $350 each, while 3.0 liter owners will split $113.3 million. Most 3.0 liter owners will receive $1,500 from Bosch. A federal judge in San Francisco will hold a hearing to approve the settlements on Feb. 14.

In total, VW has now agreed to spend up to $25 billion in the United States to address claims from owners, environmental regulators, U.S. states and dealers, and offered to buy back about 500,000 polluting vehicles.