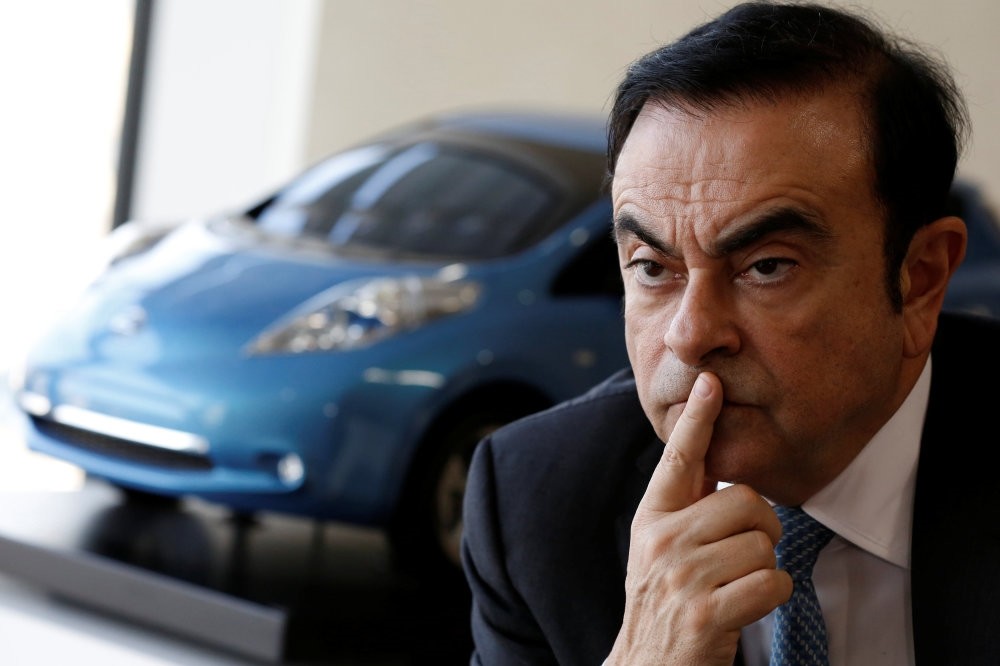 Carlos Ghosn, Chairman and CEO of the Renault-Nissan Alliance, attends an interview at Nissanu2019s global headquarters in Yokohama.
by Associated Press Feb 24, 2017 12:00 am
Carlos Ghosn, who leads the Nissan-Renault-Mitsubishi alliance, is handing over the helm at Nissan to Hiroto Saikawa, a veteran Japanese executive at Nissan, but Ghosn is staying on as chairman. Saikawa will become chief executive at Nissan Motor Co., based in Yokohama, effective April 1, and up for shareholders' approval in June, the company said yesterday. The move does not signal a smaller role for Ghosn. Besides leading the Nissan-Renault alliance, Ghosn is also chairman at scandal-ridden Japanese automaker Mitsubishi Motors Corp., in which Nissan took a controlling stake last year. And Ghosn said he needs to focus on the expanded three-automaker alliance. Ghosn, sent in by Renault SA of France in 1999, led near-bankrupt Nissan to a turnaround. He has said for years he hoped to hand over the running of Nissan.

"I will continue to supervise and guide the company, both independently and within the Renault-Nissan-Mitsubishi alliance. This planned change will also allow me to devote more time and energy to managing the strategic and operational evolution and expansion of the alliance," he said. Saikawa was groomed for the role, serving as co-CEO with Ghosn since late last year. A graduate of the prestigious University of Tokyo, he has overseen various operations at Nissan, which makes the March subcompact, Leaf electric car and Infiniti luxury models. "I am confident that the management team I have developed at Nissan over the past 18 years has the talent and experience to meet the company's operational and strategic goals," Ghosn said. After joining Nissan in 1977, he has managed Nissan's U.S. and European businesses and its supply chain and customer satisfaction. More recently, he had complete control over its research, design and other overall operations.

It is still unclear what Ghosn specifically has in mind for Mitsubishi, under the alliance. But the brand, although tarnished over scandals that go back decades, is believed to have potential in Southeast Asia. Nissan stepped in after Mitsubishi was found inflating fuel economy figures for its minicar models, also sold under the Nissan brand. Buyers were compensated with cash rebates. In an earlier scandal, Mitsubishi's reputation was hammered by a massive cover-up of defects that surfaced in the early 2000s, and had been going on for decades. Bigger manufacturers are often better placed to ride out intense competition in the auto industry and Ghosn has said he grabbed at an opportunity to gain scale as Mitsubishi shares nose-dived after the mileage scandal surfaced.

Combining global vehicles sales for the three brands, Ghosn's alliance is among the biggest groups in the industry, although it still trails Volkswagen AG, at No. 1, Japanese rival Toyota Motor Corp., and Detroit-based General Motors Co.
RELATED TOPICS