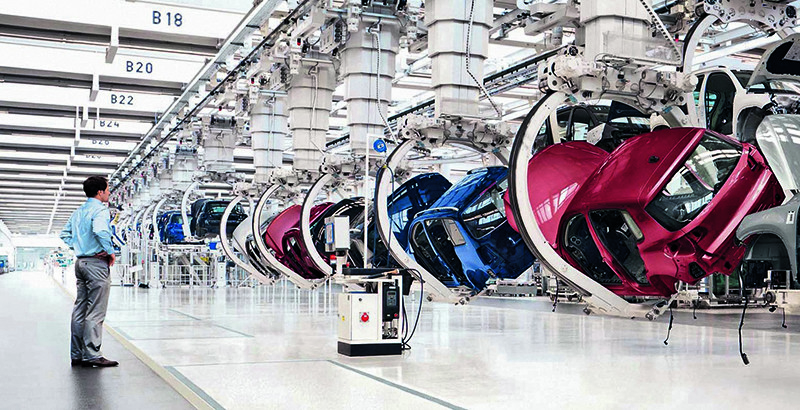 The number of cars produced by Turkish automakers in first quarter of the year was up 44 percent, pushing overall automotive production to its highest level since 2007, according to official data released Wednesday.

In the January-March period, auto industry production climbed 23 percent from the same period in 2016, with passenger cars alone up 44 percent, according to an Automotive Manufacturer's Association report.

The total auto industry output was 424,000 in the first quarter of the year, with passenger cars making up 71 percent of overall production with 300,000 units.

The report said commercial vehicle production was unable to keep pace with passenger cars in the first quarter, down 10 percent from a year earlier.

Industry exports also saw a healthy rise in the same period, up 25 percent from a year earlier to $7.09 billion, including $3.01 billion from passenger cars alone.

The surge in exports indicated that Turkish exporters sold many more autos abroad in the first quarter to offset the loss of profits due to the sharp depreciation in the Turkish lira in wake of last July's coup bid.

The lira lost 18 percent of its value against the U.S. dollar since mid-July, meaning Turkish exporters needed to boost their unit sales numbers by at least 18 percent to break even. But exceeding this goal, they managed to push up their sales (in units) by 39 percent in passenger cars and 22 percent in commercial vehicles.

The health of the sector is vital for Turkish economy, as the automotive sector has been the biggest exporter in recent years.