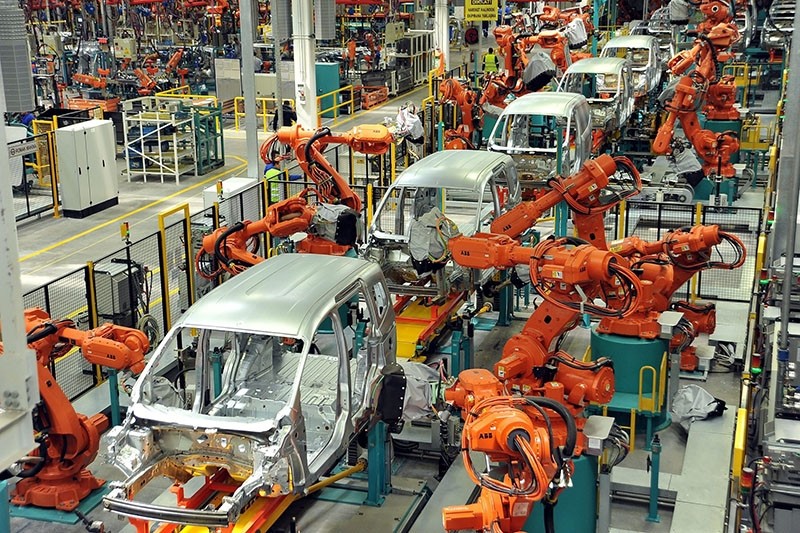 Exports in Turkey's automotive industry, the leading sector in total exports for the last 11 years, have increased by 12 percent and reached $2.3 billion in April.

According to the data released by the Uludağ Automotive Industry Exporters Union (OİB) Sunday, automobile exports, which totalled $968 million with an increase of 61 percent, helped increase overall exports in April.

The utomotive spare parts and accessories category came second with exports worth $735 million despite a 13 percent decrease, followed by pick-ups, vans, and lorries with $408 million and buses-minibuses with $140 million.

With the figures in April, automotive exports managed to exceed $2 billion level for the seventh month in a row, making up one-fifth of all exports.

Exports to Russia increased notably by 88 percent following the end of the diplomatic spat resulted from the Nov. 24, 2015 jet downing incident and the rapprochement between the two countries. Exports to the U.S., France, Italy, Israel and Iran increased by 50, 31, 30, 19 and 18 percent, respectively.

Automotive exports to the EU-28, which is also Turkey's largest export destination in general, increased by 15 percent and reached $1.8 billion, making up 78 percent of all automotive exports.

Germany was again the largest buyer of Turkish automotive exports with $348 million, followed by Italy with $290 million and France with $228 million. Exports to the Netherlands dropped by 25 percent.