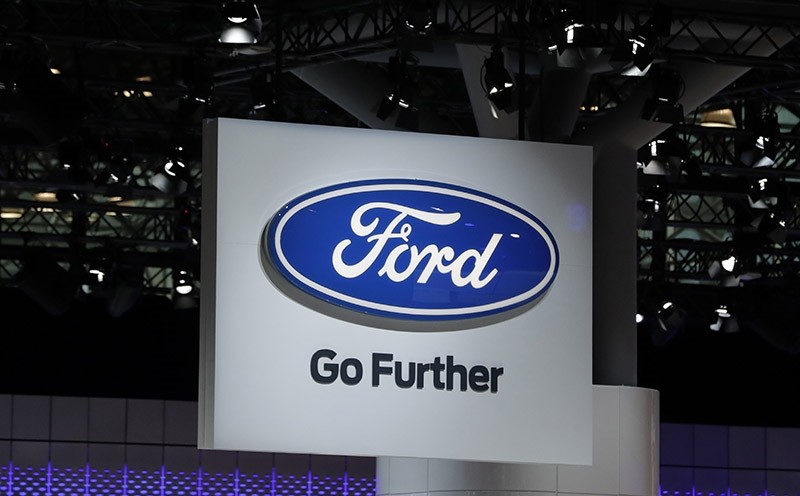 The FORD logo is seen the during media preview day at New York International Auto Show at the Jacob K. Javits Center in New York City, New York (EPA Photo)
by May 16, 2017 12:00 am
U.S. auto giant Ford is poised to cut thousands of jobs worldwide, with reductions expected to total about 10 percent of its global workforce, the Wall Street Journal reported late Monday.

A source confirmed to AFP that massive job cuts are planned at Ford in the coming days, affecting as many as 20,000 salaried workers.

The announcement comes as the company grapples with slowing sales after several years of growth.

April saw the automaker sell 214,695 vehicles, some 7.2 percent fewer than the same time one year earlier.

To that end, Ford will make efforts at "reducing costs and becoming as lean and efficient as possible," said Moran, who offered no comment on rumors of major staffing reductions.

"We have not announced any new people efficiency actions, nor do we comment on speculation," he said.