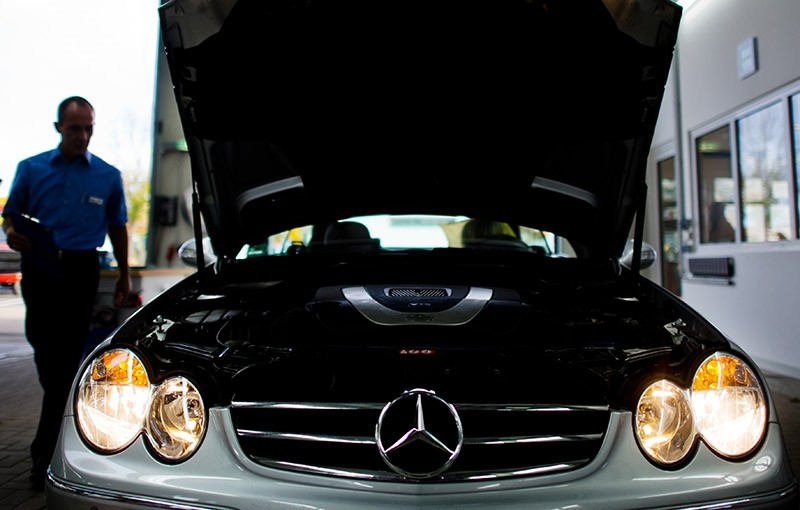 "The Stuttgart-based firm sold vehicles with higher levels of damaging emissions than allowed for almost a whole decade between 2008 and 2016, in Europe and the United States," daily Sueddeutsche Zeitung said.

Along with regional broadcasters NDR and WDR, the newspaper had access to a search warrant from a Stuttgart court allowing prosecutors to raid 11 sites belonging to the Mercedes-Benz and Smart maker in late May.

Investigators suspect that the world's largest luxury carmaker used a similar so-called "defeat device" to Volkswagen, which in 2015 admitted to manipulating emissions readings on some 11 million diesel vehicles worldwide.

Software in the motor runs the emissions treatment system at a higher setting when it detects the vehicle is undergoing regulatory testing.

Investigators believe cars fitted with the OM 642 and OM 651 engines filter out 95-99 percent of harmful nitrogen oxides under test conditions, but only between 35-85 percent in real on-road driving.

The motors were built into more than one million cars and vans by Daimler, including C, E and R class Mercedes.

A Daimler spokeswoman contacted by AFP declined to comment on an ongoing investigation, but said the carmaker was cooperating with the authorities.

Prosecutors reiterated that two employees from the team that created the software are under formal investigation on suspicion of fraud and false advertising, neither of them senior executives.

"We have always said that there is an initial suspicion of manipulation in emissions treatment of diesel engines from Daimler," a spokesman for the Stuttgart prosecutors' office said.

According to the warrant, prosecutors sought to recover emails between 99 Daimler employees during the raids in May, one of them a member of the group's executive board.

The document suggests that officials believe more people were involved than the two presently targeted, and expect suspects will be added to the probe.

Daimler also faces an investigation by the United States Department of Justice, as well as a number of class-action lawsuits in the US accusing it of false advertising.

After the Volkswagen scandal broke in September 2015, a German investigation revealed emissions irregularities in vehicles from 16 different manufacturers in spring 2016.

Daimler was one of five German carmakers identified in the probe, and agreed to recall around 280,000 cars and small vans for a software update to meet European emissions limits.

But that episode did not resemble Volkswagen's diesel cheating, as manufacturers had exploited a loophole allowing cars to shut down exhaust treatment under certain conditions, such as low external temperatures.