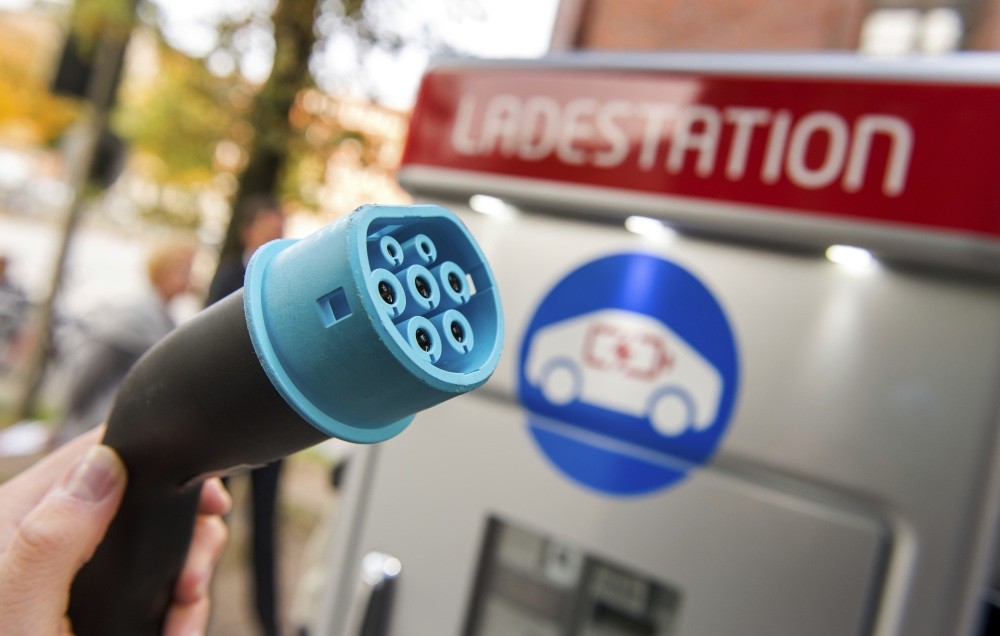 A plug is shown at a charging station for electric vehicles in Hamburg, Germany.
by Associated Press Nov 04, 2017 12:00 am

Major automakers say their joint European electric car recharging network will open its first stations this year in Germany, Austria and Norway in what the companies hope will be a big step toward mass acceptance of battery-powered cars. BMW, Daimler, Ford and the Volkswagen Group with its Audi and Porsche brands have equal shares in the venture, Ionity, plans for which were first announced last year. The automakers said Friday the first 20 high-power charging stations will be opened this year at 120-kilometer (75-mile) intervals along major roads. They plan to expand the network to more than 100 stations next year and have about 400 in place across Europe by 2020.

The founding companies said "other automotive manufacturers are invited to help expand the network."

The aim is to make it easier for electric cars to travel long distances and make them more appealing to the mass market. Hours-long charging times have meant battery-powered cars are limited to use for short commutes and local shopping trips. Owners typically recharge overnight at home or in an employer's parking lot during the day. That has left battery cars as a second vehicle in some first-adopter households, with a conventional car kept for longer journeys. The chance to charge up fast far from home would make it possible to take an electric vehicle on a family vacation.

A typical electric car can take several hours to charge from empty using a 7 kilowatt-hour home plug. The Ionity network stations by contrast will have charging capacity of up to 350 kilowatts per hour. The new network will also use standardized plug, the CCS or Combined Charging System standard, that isn't tied to any one car maker. The new network will set up the stations in partnership with operators of rest areas and gas stations in the three countries. A pan-European fast-charging network "plays an essential role in establishing a market for electric vehicles," Ionity CEO Michael Hajesch said in a statement. The new company will be headquartered in Munich, Germany, and have 50 employees by the start of 2018.