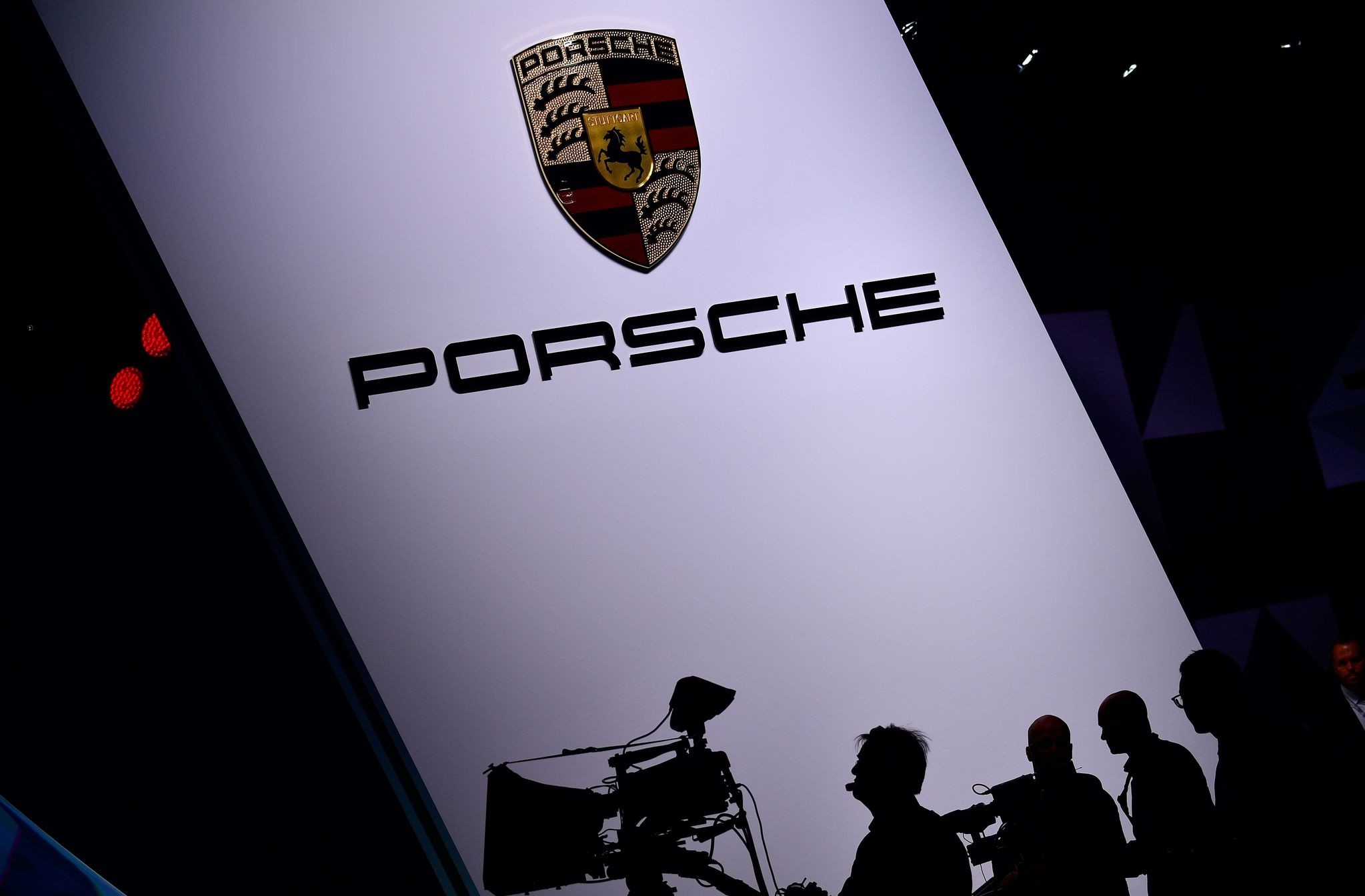 This file photo taken on September 12, 2017 shows cameramen silhouette against an illuminated Porsche ad at the Internationale Automobil Ausstellung (IAA) auto show in Frankfurt am Main. (AFP Photo)
by Compiled from Wire Services Apr 20, 2018 12:00 am

Porsche chief Oliver "Blume informed the workforce that the prosecutor of Stuttgart has taken a manager into custody", a spokesman for Porsche told AFP on Friday.

Porsche did not name the suspect, but Germany's top-selling newspaper Bild and economic weekly Wirtschaftswoche reported that the man held is Joerg Kerner, an engineer in charge of Porsche's engine division and who was working at Audi when the diesel scandal broke in 2015.

The arrest comes after German police raided the offices of Porsche and Audi Wednesday as part of a fraud probe against two top Porsche executives and a former employee of the luxury car maker.

Prosecutors from Stuttgart and Munich were joined by some 160 police officers in a search of "10 sites" in the states of Baden-Wuerttemberg and Bavaria, the Stuttgart prosecutor's office said in a statement.

The three unnamed individuals are under investigation for suspected fraud and false advertising stemming from the manipulation of exhaust treatment in diesel vehicles manufactured by Porsche.

"The three accused consist of one member of Porsche's executive board and one senior manager. The third accused no longer works for Porsche," prosecutors said.

A Porsche spokesman told AFP that searches were taking place at the company's offices in the southwestern city of Stuttgart, as well as at Audi's offices in Ingolstadt.

"Audi AG and Porsche AG are cooperating fully with the investigating authorities," he added.

Both high-end car makers are owned by Volkswagen, which admitted in 2015 to using cheating software designed to dupe pollution tests in some 11 million cars worldwide, mainly in its own-brand VW cars but also in those made by Audi, Porsche, Skoda and Seat.

It was the first time Porsche's offices have been searched over the diesel cheating controversy, while Audi has already been raided three times over the past year, most recently in February.