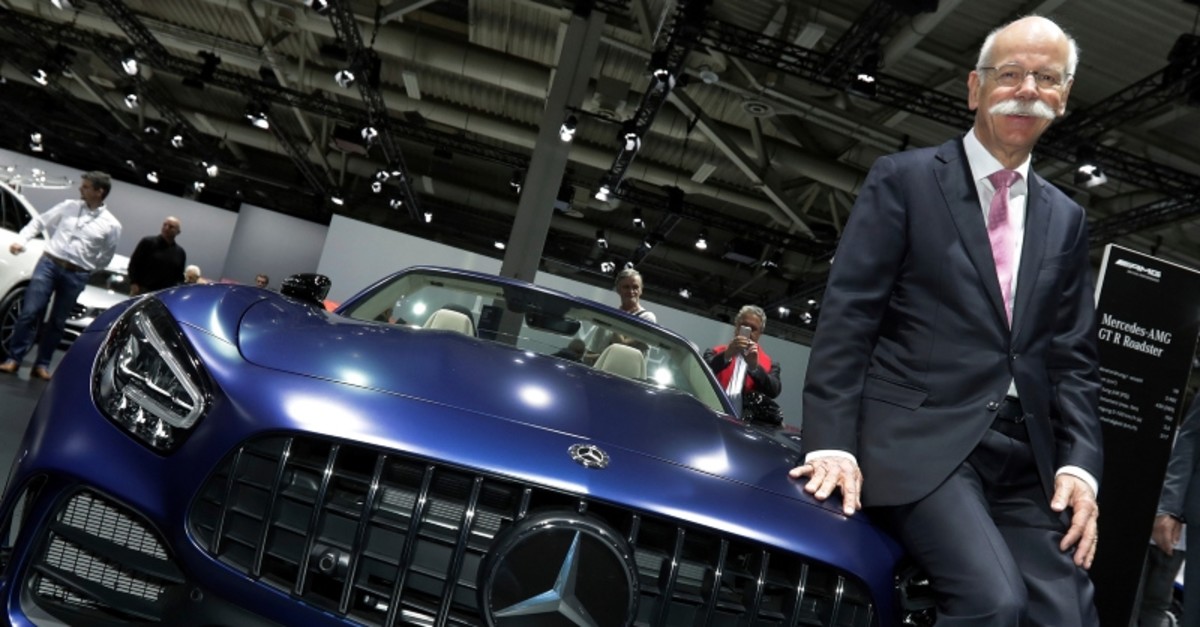 In this Wednesday, May 22, 2019 file photo, Daimler CEO Dieter Zetsche poses prior to the annual shareholder meeting of the car manufacturer Daimler in Berlin, Germany. (AP Photo)
by Jul 24, 2019 10:29 am

Mercedes-Benz-maker Daimler on Wednesday reported its first quarterly loss in almost 10 years, saying cash it had to set aside over emissions cheating and vehicle recalls drove it into the red.

The Stuttgart-based car maker said in a statement it lost 1.2 billion euros ($1.3 billion) in April-June due to one-off effects totaling 4.2 billion euros.

The last time Daimler reported a quarterly loss was in the fourth quarter of 2009.

By contrast, revenues rose by 5% to a higher-than-expected 42.7 billion euros, despite a 1% fall in unit sales.

Daimler also tumbled into the red on the operating level, losing 1.5 billion euros -- compared with underlying profit of 2.6 billion euros a year ago.

Looking ahead, "our focus for the second half of this year is on improving our operating performance and cash-flow generation," Kallenius said.

After cutting its annual outlook twice in recent months, Daimler left the forecast unchanged this time around, predicting operating profit "significantly below" the 11.1 billion euros booked in 2018.

The auto giant pointed to weaker-than-expected growth on global car markets, fallout from the diesel emissions cheating scandal and a mass recall over faulty Takata airbags.

German transport authority KBA ordered the recall of 60,000 Mercedes-Benz vehicles in June on suspicion they were fitted with software to cheat emissions tests -- allegations Daimler contests.

Diesel-related provisions alone are expected to reach around 1.6 billion euros, and the airbag recall should cost around one billion euros.

The group is also looking to make massive investments in electric vehicles and autonomous driving.

Nevertheless, both unit sales and revenue should climb "slightly above" last year's levels.

Earlier this week, Daimler announced that its Chinese partner BAIC would become a shareholder with a 5% stake.