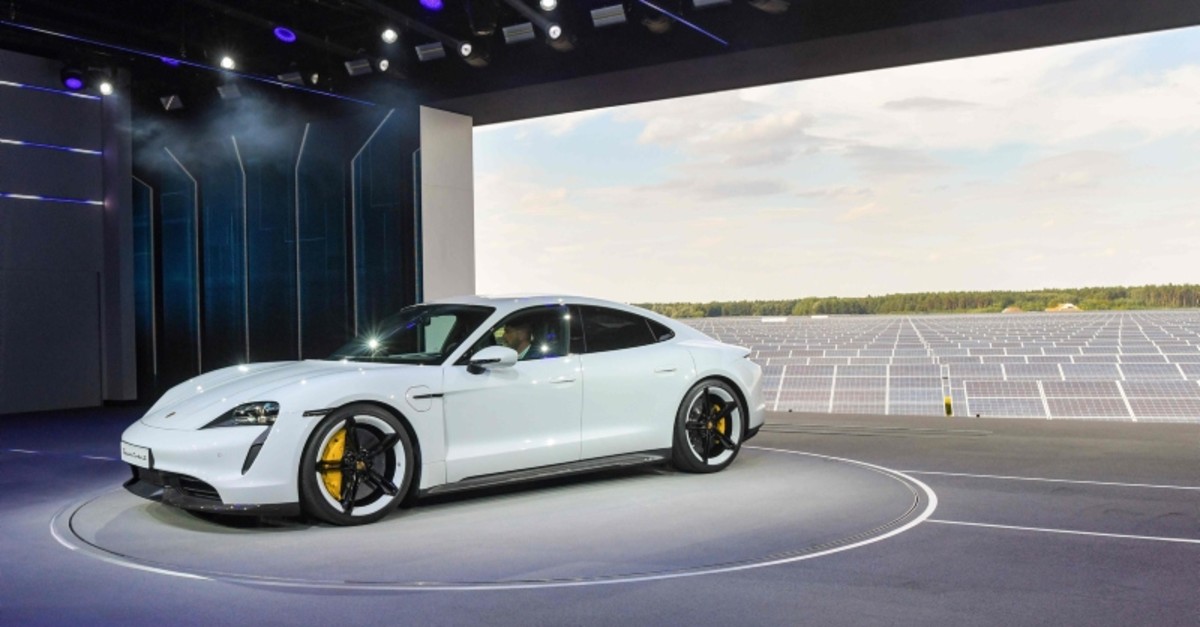 The Porsche Taycan electric car is displayed during the world premiere on September 4, 2019 in a hall of the airfield of Neuhardenberg, in front of a photovoltaic power plant. (AFP Photo)
by Sep 09, 2019 5:05 pm

Scheuer said at the event in south-western Germany that it was important to talk more about products that were "made in Germany," and that the company was right to focus on creating more employment opportunities in the region.

Porsche invested 700 million euros (772 million dollars) in the new production site at its headquarters in Stuttgart district of Zuffenhausen. The production site for the electric vehicles includes a new assembly line and a new paint shop.

In order to ensure that production of the new vehicle stayed in Stuttgart, the employees agreed to forgo parts of a planned wage increase until 2025. Around 1,500 new staff members were also employed.

The head of Porsche's board, Oliver Blume, said there had been 30,000 pre-orders for the new Taycan.

Along with Scheuer, the state premier of Baden-Wuerttenberg, Winifried Kretschmann also attended the launch event. The Green Party politician said that Baden-Wuerttemberg was home to one of the most profitable companies in the world.

"We use green ideas to stay in the black, not the red," he said, in a reference to high-performance electric carmaker Tesla founder Elon Musk, whose company registered losses for the second quarter.