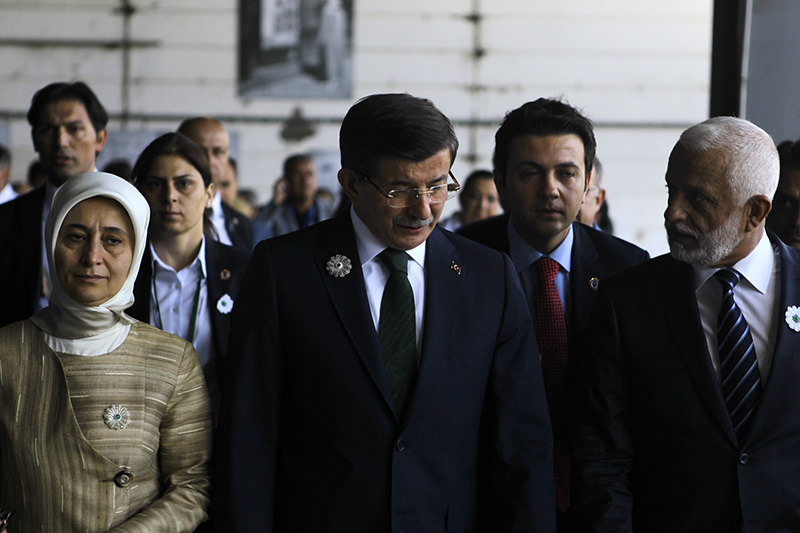 by Associated Press Jul 11, 2015 12:00 am
The world needs to support peace and security in Bosnia-Herzegovina, Turkish Prime Minister Ahmet Davutoğlu has told a commemoration of the 1995 Srebrenica genocide.

Saturday's ceremony marks the 20th anniversary of the murders of some 8,000 Bosnian men and boys by Serb paramilitaries during war in the former Yugoslavia.

Today's event was attended by 15 state leaders, including the Serbian premier, Croatian president and Slovenian head of state.

"We need to support peace and security in Bosnia and Herzegovina, because peace in Bosnia-Herzegovina means peace in the Balkans, Europe and around the world," said Davutoğlu.

He shared his grief with the victims' families and added that Turkey would always "be there for Srebrenica" and the families there.

"Our duty is to never forget and at the same time to ensure the lack of a culture of hate and revenge," the prime minister said, adding that Bosnia was a country with ethnic and cultural differences, which was "a hope" for its development.

The Bosnian War was sparked by the break-up of Yugoslavia that led Bosnia to declare its independence in February 1992.

The capital Sarajevo came under siege from Bosnian Serb militias backed by the Yugoslav army in what became the longest siege in modern history.
Last Update: Jul 13, 2015 12:27 am
RELATED TOPICS