Bosnia to reopen genocide lawsuit against Serbia at UN court 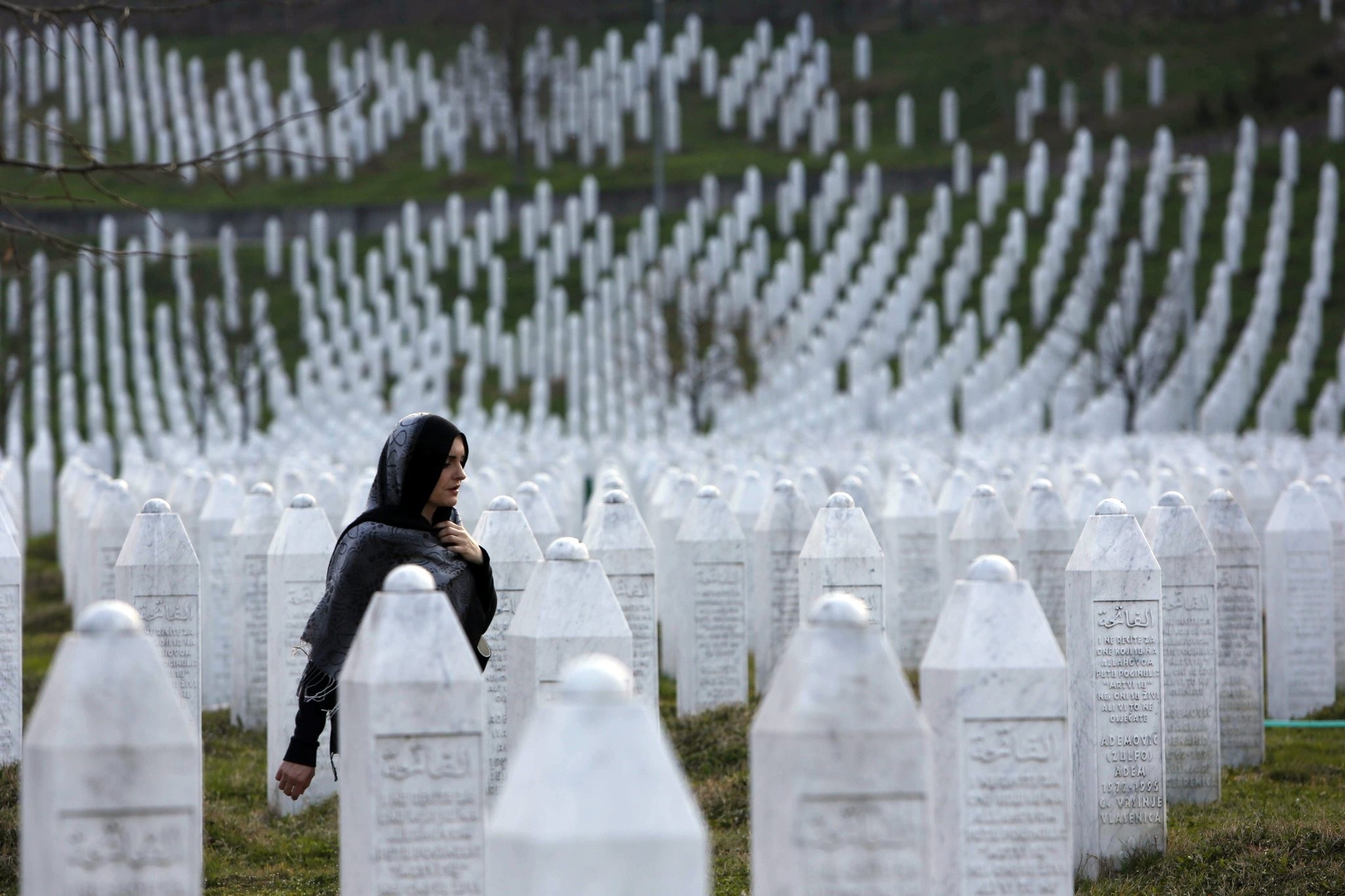 Bosnian woman walks among gravestones at Memorial Centre Potocari near Srebrenica, Bosnia and Herzegovina. (AP Photo)
by Daily Sabah with Agencies Feb 17, 2017 12:00 am

The chairman of the Presidency of Bosnia said on Friday that Bosnia would appeal a top U.N. court's ruling clearing Serbia of blame for killing, rape and "ethnic cleansing" in Bosnia.

"The request for (revision) will be filed next week," Bakir Izetbegovic, who heads the largest Bosniak party, SDA, told a news conference. "We are interested in the truth and the process of reconciliation based on the truth."

The lawsuit has its origins in the July 1995 Srebrenica genocide when Bosnian Serb forces killed 8,000 Bosnian Muslim men and boys after overrunning a UN-protected safe area during the Bosnian War.

In February 2007, the International Court of Justice in The Hague rejected the genocide case taken by Bosnia against the state of Serbia.

Although it described Srebrenica as a case of genocide, it did not find Serbia guilty of being directly responsible for the killings.

The court granted a right to sue again in 10 years upon the provision of new evidence.