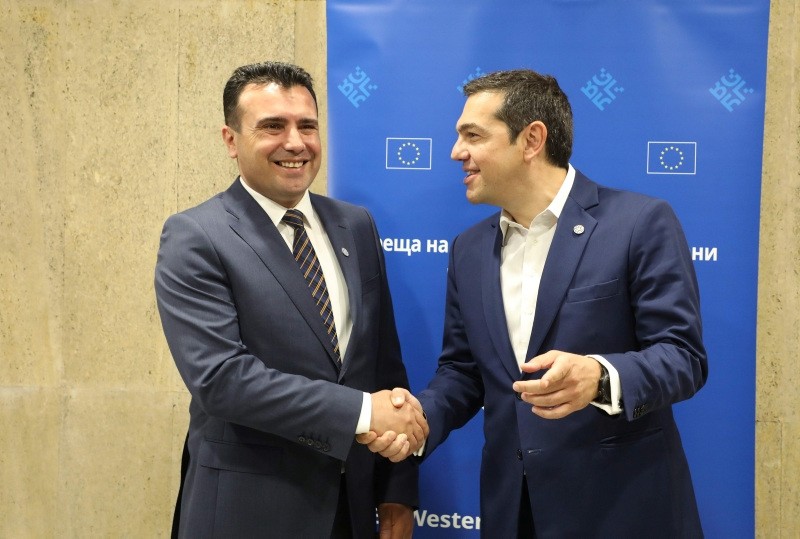 Macedonian Prime Minister Zoran Zaev said Thursday he has agreed with his Greek counterpart Alexis Tsipras on a solution to ending a long-running name row between the neighboring countries.

"We were discussing many options and we agreed on one that is acceptable for both sides," Zaev told reporters after meeting Tsipras at a summit of Balkan and European Union leaders in Sofia, without elaborating further.

The name dispute between the two countries dates back to 1991, when Skopje declared independence from the former Yugoslavia.

Athens objects to Macedonia's name because it has its own northern province called Macedonia, and fears it may imply territorial ambitions.

The row has hampered Macedonia's ambitions to join the EU and the NATO military alliance.

Zaev said there would be consultations with the institutions in the two countries over the implementation of the agreed option.

"If it is possible we will probably have a solution for the name," he said.

Macedonia government sources on Tuesday confirmed that the main remaining difficulty is over the official name of the landlocked Balkan country's language.

Greece wants any changes to be enshrined in a revised Macedonian constitution, which Zaev's government currently lacks the parliamentary majority to enforce.

When the two leaders last met in Davos, Switzerland in January, Zaev made a gesture of conciliation in renaming Alexander the Great airport in Skopje, a name that had long riled the Greeks.

The motorway linking Macedonia with Greece was also renamed the Friendship Highway.

Because of the dispute, Macedonia was forced to join the United Nations under the name the Former Yugoslav Republic of Macedonia (FYROM).

Among possible new names, Gorna Makedonija or Upper Macedonia is the most frequently mentioned.