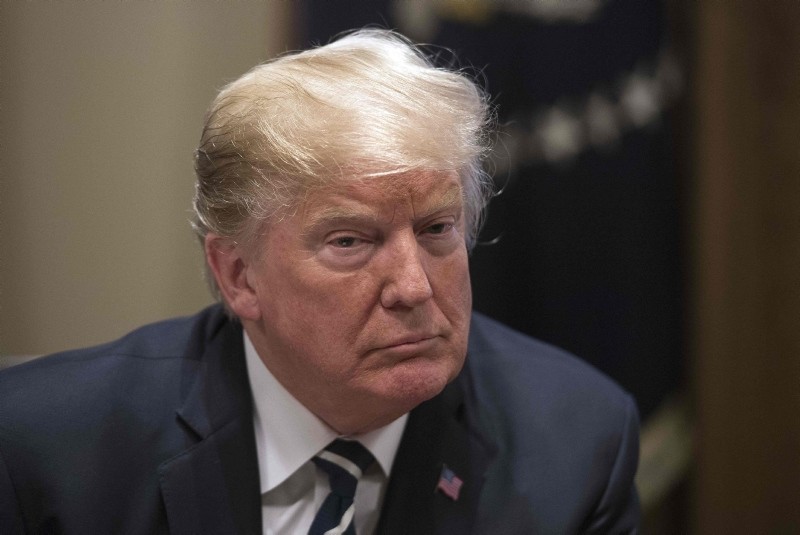 U.S. President Donald Trump speaks about his meeting with Russian President Vladimir Putin ahead of a meeting with Republican lawmakers and cabinet members on tax cuts at the White House in Washington, U.S., July 17, 2018. (AFP Photo)
by Compiled from Wire Services
Jul 18, 2018 12:00 am

Trump commented in an interview with Tucker Carlson of Fox News Channel that aired Tuesday night. The interview was conducted Monday after the Helsinki summit.

Trump and Carlson were discussing NATO when the Fox News host questioned why his son should have to defend Montenegro if it's attacked. Russia was irked when Montenegro joined NATO in 2017, and relations between the two countries have been frosty.

"I understand what you're saying. I've asked the same question," Trump said.

"Montenegro is a tiny country with very strong people... They're very aggressive people. They may get aggressive, and congratulations, you're in World War III."

Moscow has been accused of meddling in Montenegro's elections, and a failed 2016 coup was allegedly planned by pro-Russian militants.

Trump is a longstanding skeptic of NATO. A scenario where tensions over Montenegro would trigger nuclear war seems unlikely.