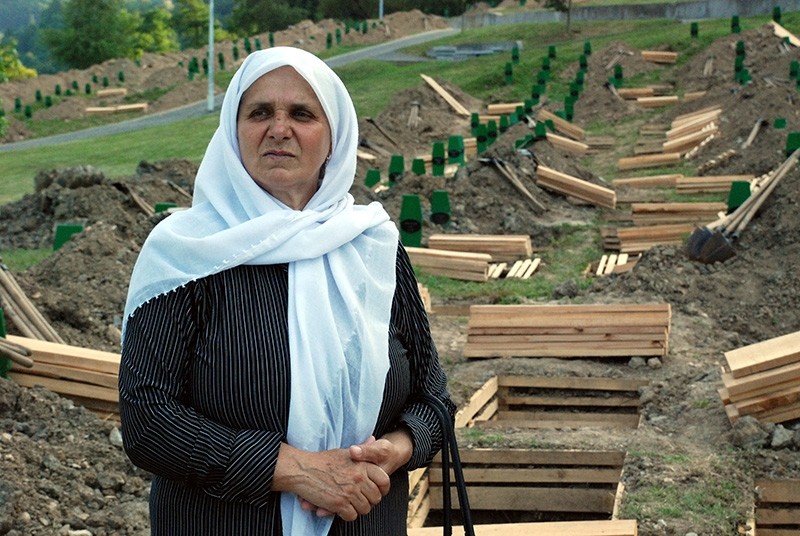 Hatice Mehmedovic widely known for her quest for justice for the Bosnians who lost their family members during the 1995 Srebrenica genocide, has passed away

Srebrenica genocide survivor Hatice Mehmedovic, who lost her husband and two sons in the 1995 massacre but refused to give up the search for justice, has died.

Mehmedovic – who served as the head of the Association of the Mothers of Srebrenica – reportedly died in a clinic in Sarajevo, capital of Bosnia and Herzegovina, where she was receiving treatment.

For decades, Mehmedovic searched for the remains of her husband and sons, alongside thousands of other mothers who lost loved ones in the genocide.

The Association of the Mothers of Srebrenica is a Netherlands-based activist and lobbying group representing 6,000 women who lost family members in the genocide. Mehmedovic headed the organization's efforts to bring civil action against the United Nations for its failure to prevent the massacre at Srebrenica.

Mehmedovic's story inspired Turkish director Faysal Soysal to create the documentary "Kayıp Zamanlar" (Lost Times) for broadcaster Al-Jazeera Turk, focusing on the stories of survivors of the Srebrenica and Prijedor massacres – Mehmedovic and Mirsad Duratevic – and their 23-year-long journey to find the remains of their lost loved ones. He later also made the documentary series, "Srebrenitsa Anneleri" (Mothers of Srebrenica).

On July 11, 1995, Bosnian Serb militia forces under the command of Ratko Mladic entered Potocari, which was under the protection of Dutch soldiers who were part of the United Nations Protection Force in Bosnia. The army of Bosnian Serbs held all U.N. soldiers captive and captured Srebrenica. That night, all the refugee women and children taking shelter in the U.N. camp in Potocari were forced to get on busses and trucks and leave the city. In front of the eyes of the entire world, the Serbian soldiers held more than 1,500 Muslim men captive for 10 days and tortured, raped and killed them, regardless of their age.

When the mass graves were opened years later, DNA results revealed that the Bosnian Serb soldiers systematically killed three generations of male members of the same family. The first funeral for the victims of Srebrenica took place in 2010 and the remains of 8,372 Muslim men were buried in the martyrs' cemetery across from Potocari. Following the funerals, the women who were forced to leave the city began to return to Srebrenica in order to be close to the graves of their loved ones.

Recently, as many as 35 more victims of the Srebrenica genocide were identified ahead of the 23rd anniversary of Europe's worst genocide since World War II.

Every year, the remains of more victims are identified and buried in Potocari on the anniversary of the genocide. Nearly 170 identified victims are in the Podrinje identification center in Tuzla, but largely, due to incomplete remains, the victims have not yet been buried. Hundreds of Bosnian families are still searching for missing people as a large number of victims were thrown into mass graves around the country during the 1992-1995 Bosnian War. A total of 8,400 people remain missing since the war's end, according to the Institute for Missing Persons in Bosnia and Herzegovina.