Police, protesters clash in demo against Albanian PM in Tirana 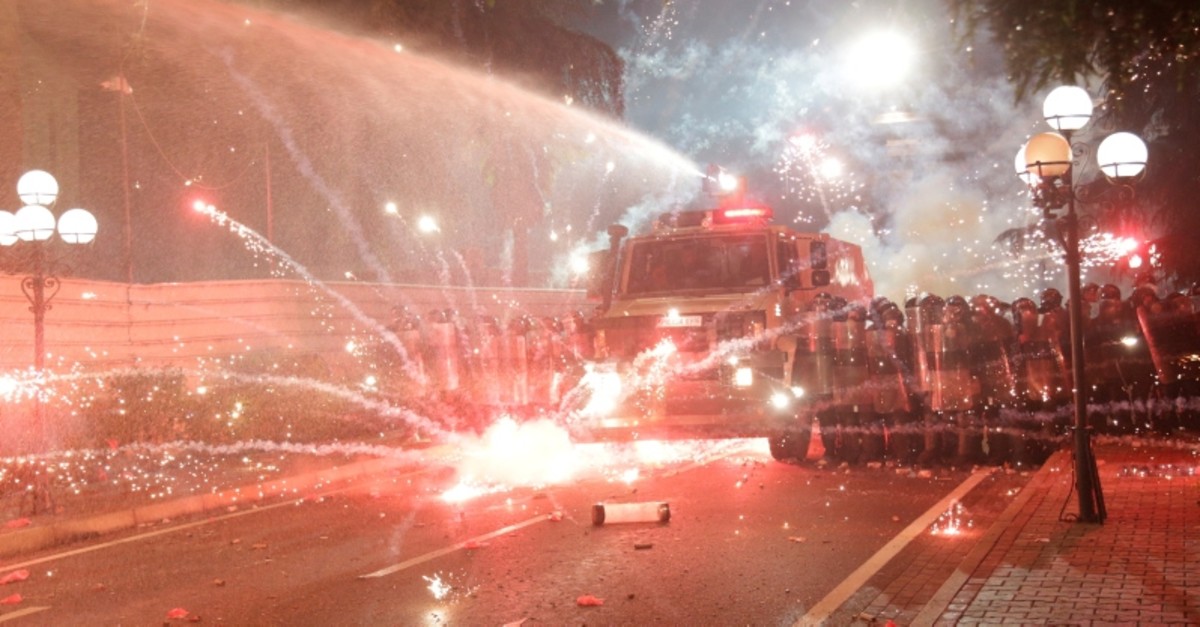 Police also came under fire from some protesters with 10 police officers and three people injured, according to the Albania's Interior Ministry.

The US embassy in Tirana condemned the violence by protesters saying that "the use of pyrotechnics, especially when aimed at police... is unacceptable, and undemocratic.

"We call on the organisers of the protest to stop the violent acts and engage in constructive dialogue," it said in a statement.

NATO chief Jens Stoltenberg, on a visit to Tirana, also condemned the violence.

"Political violence contradicts our democratic values. It is absolutely unacceptable," he said.

In February, opposition politicians from the right to the centre-left walked out of parliament in a protest demanding the resignation of Rama, who has led the country since 2013.

They want a transitional government and early elections, and refuse to negotiate with Rama whom they accuse of crime and corruption links.

The fight has spilled onto the streets, with weekly protests shrouding Tirana in tear gas and smoke as protesters tussle with police and try to break into government buildings, lobbing bricks, firecrackers and petrol bombs.

The political crisis is seen as a threat to Tirana's dreams of joining the European Union with member states to decide in the coming weeks whether to open accession talks with the volatile Balkan state.