Defense the key for Efes as they fight for EuroLeague survival 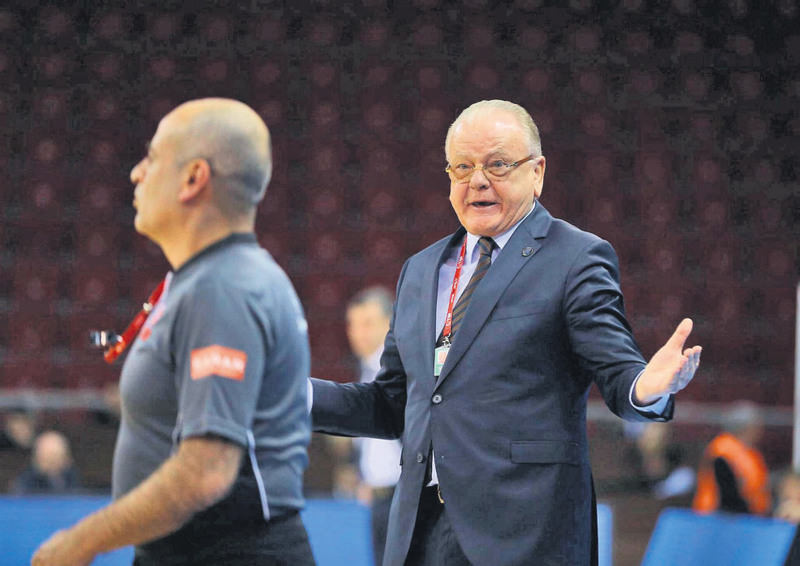 by Kenny Laurie Mar 18, 2015 12:00 am
Anadolu Efes coach Dusan Ivkovic believes his team needs to improve their defense if they are to beat Nizhny Novgorod tonight in a crunch EuroLeague encounter. Efes's form in Europe's elite competition has not been up to their usual standard of late. The team lost their last three games, leaving them with a 4-6 record that has them in fourth place in Group F. With Laboral Kutxa Vitoria breathing down their necks, a win tonight would be vital for Efes's chance of qualifying from the Top 16.

In their first encounter earlier on in the tournament, Novgorod made a mockery of Efes's then best defense in the EuroLeague, winning 109-90. The Istanbul side will be looking for revenge tonight, and Ivkovic thinks that can only be achieved if they build from the back. "We are at this moment after three games in the second half of the Top 16 without a victory in our tough group," said the Serb. "We lost some games in which our defense was not at the level that it should have been and at the level we want. First of all, our first goal is to make our defense better. We will play against Nizhny Novgorod. Our defense in Novgorod was not good also in the fourth week of the Top 16. They are leading 2-1 in three games this season against us. The game is absolutely very important for both teams. We have serious injury problems with the likes of Furkan Kurkmaz, Nenad Krstic and Stephane Lasme. We have to be ready for the game with team basketball as well as we can."

Novgorod are two places below Efes with a 3-7 record after impressing as new comers in the competition's first round. A defeat tomorrow would all but end their hopes of qualifying to the next round. Efes' sharpshooting wing Matt Janning is hoping that a raucous crowd at the Abdi İpekçi Arena will help provide the necessary motivation to grab the win. "It is a very important game for us," Janning said. "We will try to maintain our playoff hopes. Also, we'll try to get ourselves on the right track after a couple of tough losses. In front of our great fans, we hope that we will come away with a great victory. Nizhny Novgorod is a strong team. They have the hopes to qualify for the playoffs. They will also be fighting for this. So, we need to do our best and should win the game."
Last Update: Mar 18, 2015 11:33 pm
RELATED TOPICS