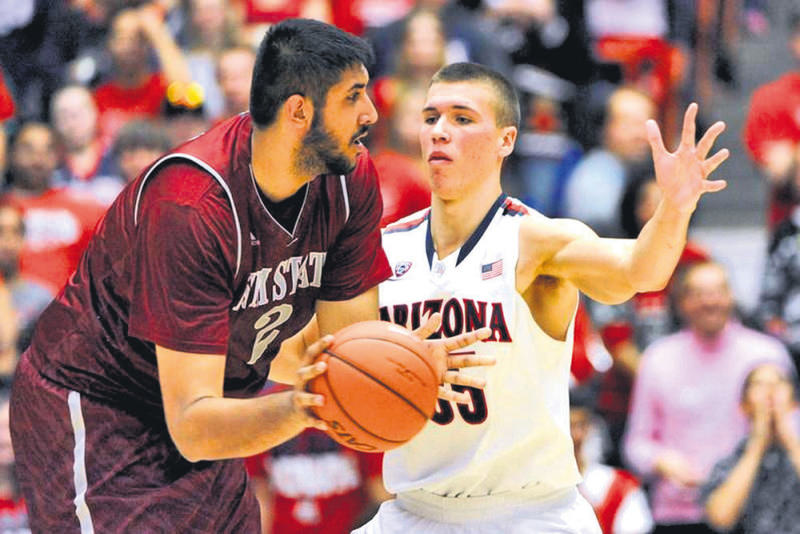 by Compiled from Wire Services Apr 04, 2015 12:00 am
The Sacramento Kings have announced the signing of Sim Bhullar to a 10-day contract, making the 7ft-5in center the first player of Indian descent to join an NBA roster according to Reuters. The Toronto-born Bhullar initially signed with the organisation last August, playing 39 games for the Kings' development league affiliate Reno Bighorns, where he averaged 10.3 points and 8.8 rebounds per game. The 22-year-old turned professional last year following two years at New Mexico State, where he was a two-time Western Athletic Conference MVP. He was not selected in the 2014 NBA draft. The 2.26 m, 164 kilos Bhullar is being called up from the team's NBA Development League affiliate, the Reno Bighorns. Sacramento are intrigued by Bhullar's size and heritage. Kings owner Vivek Ranadive is the NBA's first Indian-born owner and is trying to expand the league's presence in his native country.

When the Kings announced in August that Bhullar would compete for a roster spot in training camp, Ranadive called India the NBA's "next great frontier." according to AP. He said Bhullar "represents one of many that will emerge from that region as the game continues to garner more attention and generate ever-increasing passion among a new generation of Indian fans."

The Kings consider Bhullar a project, albeit a large and unfinished one. He has worked on his conditioning and keeping up with the pace of the professional game, which remains an issue, but he has shown spurts of being a valuable presence in the middle.