Fener have a foot in the Final Four 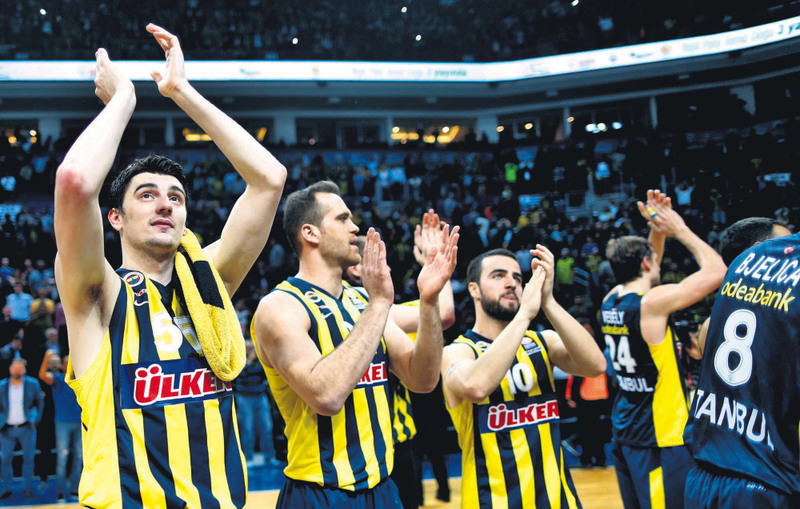 Fenerbahçe are just one win away from going to Spain to play in the Final Four of the EuroLeague after defeating Maccabi Tel Aviv convincingly on Thursday night. The Istanbul side sent a message to the rest of the competition after hammering the reigning champions 82-67 with the hosts dominating from start to finish. The team is now 2-0 up in the best-of-five playoff and have one foot in the prestigious Final Four.Andrew Goudelock got off to a hot start scoring 17 points in the first half to lead Fenerbahçe to a superb opening quarter of 30-14 before maintaining their advantage until the half time buzzer, going into the break at 50-34. The best Maccabi could do was get within 12 points during the fourth quarter as the reigning champions were thoroughly shut down by their overwhelming opponents.

Every bit the conservative type, Fenerbahçe coach Zeljko Obradovic refused to get too happy about the result – although he did admit the result could hardly have gone better. As a legendary coach with eight championship EuroLeague medals to his name, the Serb was keen to let his players know that the job is far from done.

"Game 2 is a really important one and I think we played very well," Obradovic said. "We started very aggressive and because of that, we got a good lead in the first quarter, 30-14. It is logical, we tried to change some small details and I believe we did a great job tonight. So, congratulations to my players for a very important victory and of course to our fans, who once again created an excellent atmosphere. It is good to be 2-0 before we go to Tel Aviv, but I have experience and know how difficult it is to play over there and how proud Maccabi is. We have to be ready to play there. So, we have time until Monday to prepare ourselves and to try to play better than in the first two games. The goal is simple: We need one more victory."

For Fenerbahçe, Goudelock finished with 19 points while Semih Erden tallied 12 on perfect shooting, Bojan Bogdanovic added 11 and Nemanja Bjelica came within a rebound of the EuroLeague's playoff record with nine points and 15 boards. Obradovic gave something for Maccabi to think about early in the game, surprisingly starting touted youngster Kenan Sipahi to guard their danger man Jeremy Pargo, who had been superb in Game 1. Jeremy Pargo led the visitors with 16 points, a lower total than expected, and Brian Randle added 13 points and five steals.Confident on the court, Fenerbahçe were just as confident coming off the court, as star power forward Nemanja Bjelica, perhaps prematurely, declared that Fenerbahçe will finish the job in Game 3 in Tel Aviv.

Maccabi were unsurprisingly unhappy with their performance. Without the home court advantage, Maccabi have to win at least one game away from home and on Thursday they gave themselves a mountain to climb, setting themselves the task of winning three straight games against one of the hottest teams in Europe.

"We didn't do any of the things we spoke about, and when you don't play any defense, you get beat," said Maccabi coach Guy Goodes. "I can't explain what happened. We had a game plan and nothing worked. Everything fell apart in the beginning of the game and it blew up in our faces. We expected that Semih Erden would start; that didn't surprise us, but we didn't manage to deal with him." Game 3 will be played on Monday in Israel.
Last Update: Apr 17, 2015 11:18 pm
RELATED TOPICS