Kanter not invited to basketball national team after anti-Turkey tweets 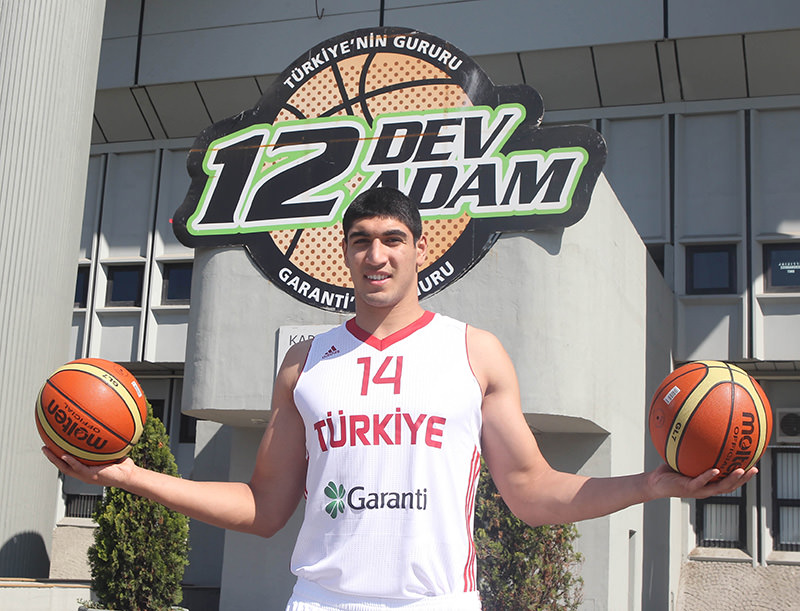 by Daily Sabah Jun 24, 2015 12:00 am
Enes Kanter has claimed that he was not invited to join the national basketball team following his anti-Turkey tweets where he claims to be a member of the "parallel state," a term used for the Gülen Movement.

Oklahoma City Thunder center Kanter was kept off the Turkish national basketball team's 20-man squad for EuroBasket 2015, prolonging a period of contentious relations between the player and Turkish basketball. In 2013, Kanter tweeted "Hahahahhahahaa" after Turkey were eliminated by Greece in the European Basketball Championship qualifications. He has alleged that he was barred from the national team because he is a Gülenist after he swore allegiance to the movement on Twitter on Wednesday.

Kanter stressed that he would never leave Gülen alone in his cause. Turkey's national team coach Ergin Ataman said they did not invite Kanter because he did not respond to their overtures. He said, "Enes did not join in national team although we invited him. Last year when I was assigned to the national team, I said I wanted to see all our players in our team. Then we tried to contact with him. But I did not receive any answer from him despite all my efforts."

Turkish Basketball Federation President Harun Erdenay also denied that Kanter was barred because of his political views. He said, "He has not joined the national team in three years anyway." Emphasizing that any player might not be invited into the national squad, "The national team has certain balances within it. Our coach Ataman selects the players in a way that he could form the best team. He will go to the tournament with a team that will play their best."

Kanter made his debut for the Turkish national basketball team at the 2008 FIBA Europe Under-16 Championship in Italy. He declined to play for the senior national team at the 2010 FIBA World Championship, which was held in Turkey, as the team went on to win the silver medal. His father claimed he did this in order to not miss the first month of classes at Kentucky.

Kanter played with the Turkish senior team for the first time at the 2011 EuroBasket. He appeared in eight games and averaged 9.6 points and 3.9 rebounds per game. On February 19, Kanter was traded to the Oklahoma City Thunder in a three-team deal that also involved the Detroit Pistons.