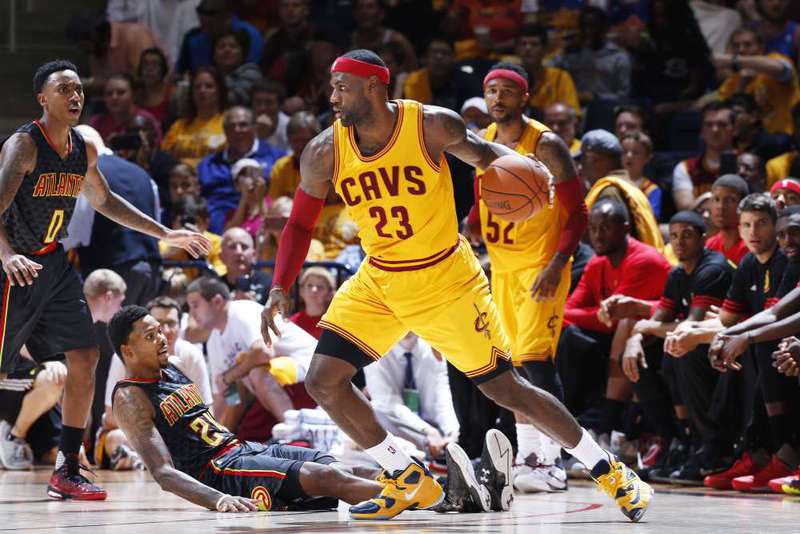 by French Press Agency - AFP Oct 26, 2015 12:00 am
LeBron James is aiming to emulate the fearless approach of his idol Michael Jordan as he prepares for another tilt at glory with the Cleveland Cavaliers following last season's heartbreak.

The world's best basketball player is girding himself for the new season after suffering yet another disappointment in the NBA Finals, when the Cavs lost out to the Golden State Warriors.

James produced a remarkable individual contribution to the Cavaliers' unsuccessful challenge, becoming the first player in history to lead both teams in points, assists and rebounds for the entire series.

Yet the statistics - which included an eye-popping average of 35.8 points across six games - could not mask the bitter sting of disappointment felt by the 30-year-old forward, who has now finished on the losing side four times in six visits to the NBA Finals.

James admitted recently that the latest defeat was even harder to stomach, joking he had almost got to the point where he'd prefer not to reach the postseason rather than fall at the final hurdle.

"Every year you lose in the Finals, it gets worse and worse to get over," James said following another summer of discontent.

"Last year during the post-season (I asked) would I rather not even make the playoffs than lose in the Finals?

"It's a very valid question to myself. You get all the way there and you lose, it's like, 'I could have those two months back, be laying out, helping my body get better."

In a revealing recent interview with ESPN, James said he often felt encumbered by a fear of failure - something he believes six-time NBA champion Jordan rarely suffered from during his career.

"I look at it like this: MJ wasn't perfect. MJ had bad games. He had turnovers. He had games where he felt like he should've been better.

"But I think the greatest thing about MJ was that he never was afraid to fail. And I think that's why he succeeded so much - because he was never afraid of what anybody ever said about him.

"Never afraid to miss the game-winning shot, never afraid to turn the ball over. Never afraid," James said, adding that he had struggled to mirror Jordan's sense of boldness.

"That's one of my biggest obstacles," James said. "I'm afraid of failure. I want to succeed so bad that I become afraid of failing."

The remedy comes through victory, James said. "Keep winning and I don't have to worry about it. Keep winning," he said.

Certainly in the eyes of their rivals, James and the Cavaliers are this season's team to beat.

In a poll of NBA general managers last week, the Cavs received 53.6 of votes as the likeliest winners of the 2015-2016 season, with James the overwhelming favorite (39.3) to finish as the season's MVP.
RELATED TOPICS