Fenerbahçe, Galatasaray square off for the first time since player dispute 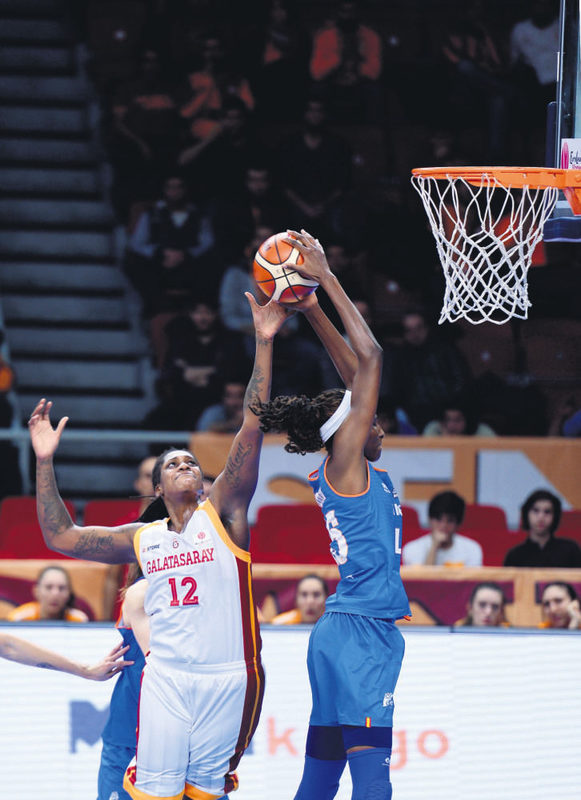 Fenerbahçe and Galatasaray gear up for today's FIBA Euroleague Women match in Istanbul that will pit two teams against each other for the first time since Gala's win against Fener was annulled in November over a dispute regarding Galatasaray's U.S. center Lynetta Kizer

Galatasaray and Fenerbahçe face off on Wednesday for a Group A game in the FIBA Euroleague Women in Istanbul. The match marks the first time the teams will play each other after the two Istanbul-based clubs engaged in a bitter dispute over Lynetta Kizer, the U.S. center of the Gala lions that led to the forfeit of Galatasaray's victory against Fener in the domestic Women's Basketball Super League on Nov. 28.

The two feuding sides look to keep up their successful streaks in the first half of the season. Fenerbahçe lead Group A with 11 points and five wins in six matches. Alexandria Quigley, the American-Hungarian guard of Yellow Canaries, leads the team with 16.7 points per game and Jantel Lavender, an American center, leads the team with 8.3 rebounds per game. The team also relies on Birsel Vardarlı Demirmen, a Turkish point guard averaging 5.2 assists per game.

Fenerbahçe hold third place in the league and its last match was a 74-68 defeat to Beşiktaş on Sunday.

The two teams have been at odds over Fenerbahçe's complaint to the Turkish Basketball Federation about the eligibility of Lynetta Kizer, the 25-year-old Bosnian-American center of Gala, after Galatasaray beat Fener 76-72 in a November Women's Basketball Super League game. Kizer allegedly did not complete the paperwork required of foreign players to play in domestic matches. The federation erased Galatasaray's victory and awarded the victory to Fenerbahçe, to the chagrin of Lions whose president Dursun Özbek lashed out at the federation for siding with Fener.

Kizer, who joined Galatasaray in August, played in her first match with the team in Euroleague last week against Perfumerias. Turkish media reported that Galatasaray discussed her eligibility with FIBA officials and received the green light for her to play in today's match. Her double citizenship caused her to be banned from playing for the Bosnian national team by FIBA as she previously played for the U.S. Under-18 team.
RELATED TOPICS