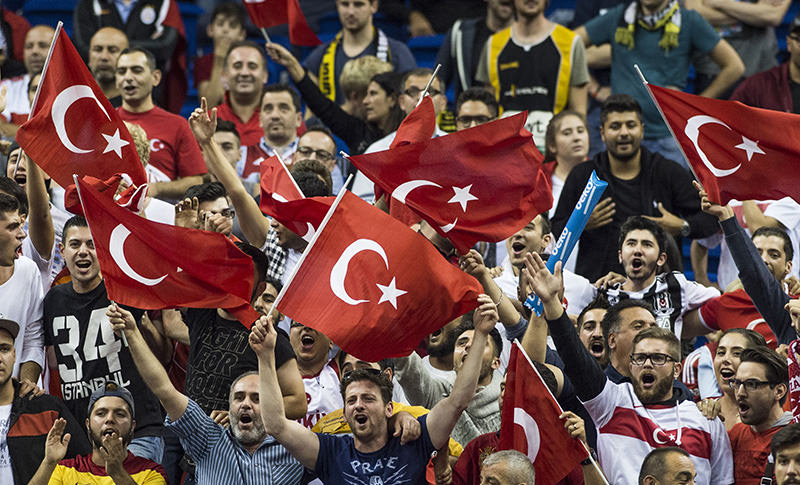 by Daily Sabah Dec 12, 2015 12:00 am
Turkey will host the 2017 European Basketball Championship finals and matches of one group at the qualifying stage. The decision was announced Saturday following the meeting of FIBA Europe Management Board in the German city of Munich to decide the hosting country.

Turkey competed with Finland, Israel, Poland and Romania to host the championship. Turkey's presentation was made by Hidayet "Hedo" Türkoğlu, Turkish basketball legend who was recently appointed as the TBF's CEO.

Harun Erdenay, FIBA Europe board member and president of Turkish Basketball Federation (TBF), thanked the FIBA Europe board and Chairman Turgay Demirel for their decision, along with Turkish government officials for their support throughout the bidding process.

Erdenay said that the championship is a great opportunity for Turkish basketball and that he has no doubts that the event will mark a positive effect on international basketball.

"The medal I won in 2001 FIBA European Championship was one of the most important moments of my career. This organization, just like it was in 2001, will set a new standard for organizations in Turkey. And 'Twelve Giant Men' (nickname of Turkish National Basketball Team) will inspire the new generation" Türkoğlu said following the announcement.

Both Erdenay and Türkoğlu were part of the team that managed to reach the final game against Yugoslavia in 2001 Men's European Championship.

Finland, Israel and Romania will host the remaining group matches at the qualifying stage.

To spread the championship fever throughout the country, the TBF will set up fan zones in cities of Ankara, İzmir, Gaziantep, Kayseri and Trabzon. An international basketball camp named "Camp Pass It On", which will host children and coaches from 52 members of FIBA Europe, will also be organized prior to the championship.