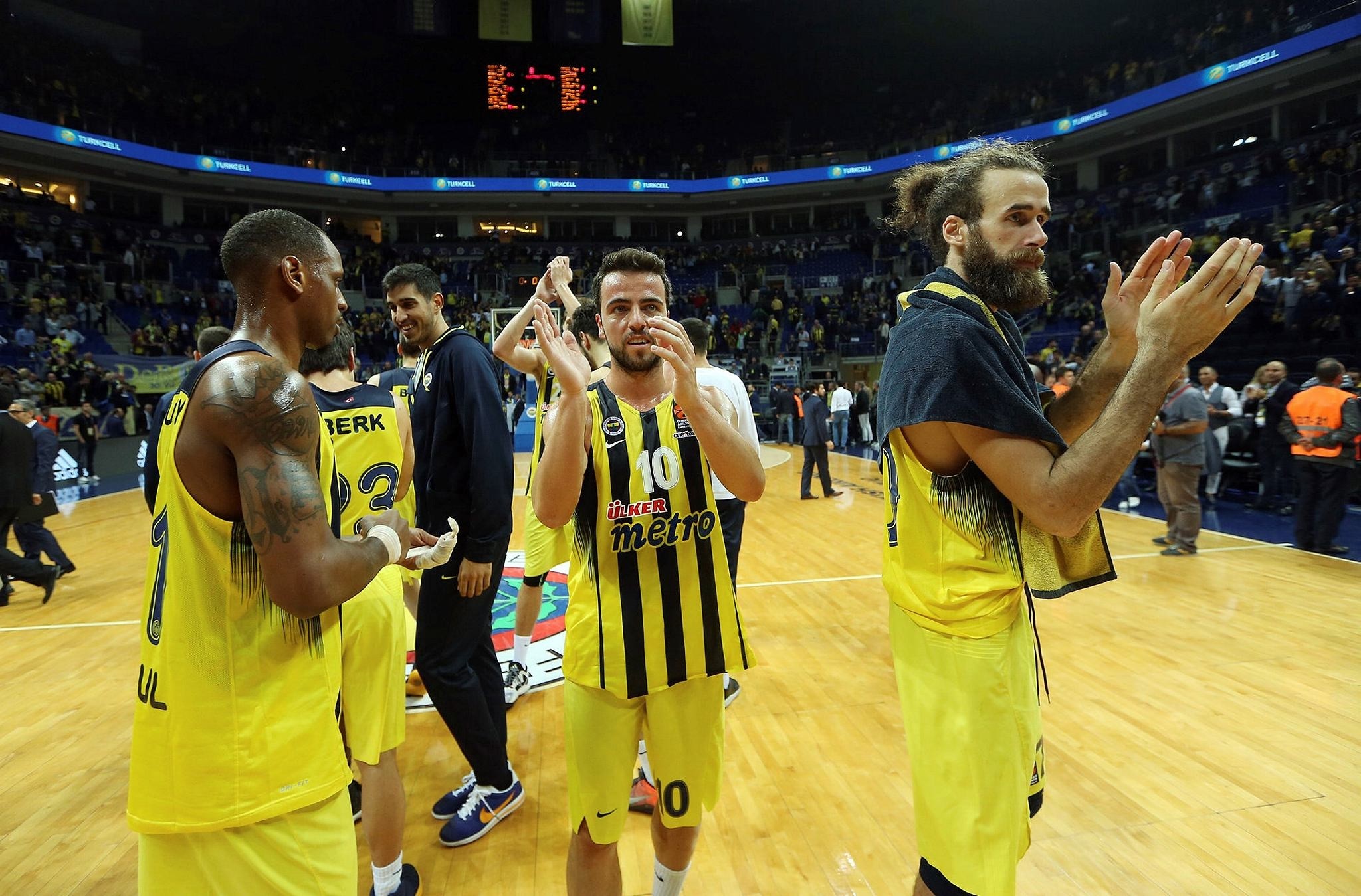 After 13 years of roaming the sidelines together at Panathinaikos Athens, Dimitris Itoudis and Zeljko Obradovic are two coaches whose relationship goes way beyond the basketball floor, and accordingly, Euroleague fans have every right to expect a fantastic game of basketball today at Fenerbahçe's Ülker Sports Arena.

Regulation time in the first clash this season between the reigning champions CSKA Moscow (15-5) and last season's runners-up Fenerbahçe (13-7), just a little over a month ago on Dec. 23, 2016, delighted basketball fans, and then it went into overtime, turning the game into an instant hardwood classic, according to euroleague.net.

Fenerbahçe managed to steal an overtime road win in Moscow, 79-95, thanks to a huge effort by Bobby Dixon, with 25 points and 6 assists coming off the bench. CSKA were without reigning MVP Nando De Colo and Fenerbahçe was without the services of Bogdan Bogdanovic, in that clash.

Coincidentally, both teams are going to be missing one of their All-Euroleague stars ahead of this bout too. CSKA playmaker and the league leader in assists, Milos Teodosic has missed the last three games; so has center and shot-blocking leader Ekpe Udoh for Fenerbahçe, and both are next to impossible to replace.

Udoh amassed 17 points, 11 rebounds and tied his career-high with five blocks in their Round 14 duel, while Teodosic had 21 points, five assists and five rebounds, but also nine turnovers in that game.

Elsewhere, four teams will be looking for some vengeance this week after being blown out by their opponents earlier in the season.

When Anadolu Efes and Crvena Zvezda met in Round 9, Efes won 100-79, which was the biggest victory margin for Efes this season. And it was not only the biggest Zvezda loss, but it was also the only time this season Zvezda, which have held opponents to a league-low 72.7 points per game, allowed more than 88 points in a single game.

This week's game has significant playoff implications, and Zvezda have a seven-game winning streak on the line, but the 21-point loss in the first game will surely be in the back of the players' minds on Friday.

Zvezda will not be the only team in a similar a situation this week, on the same night Galatasaray Odeabank will welcome Panathinaikos Athens to the Abdi İpekçi Arena. Galatasaray are yet to beat Panathinaikos in an official game, and the Greens had thrashed Galatasaray 85-58 back in Round 11. Coach Ergin Ataman's men will surely feel they have something to prove, similar to Unics Kazan a day earlier.
RELATED TOPICS