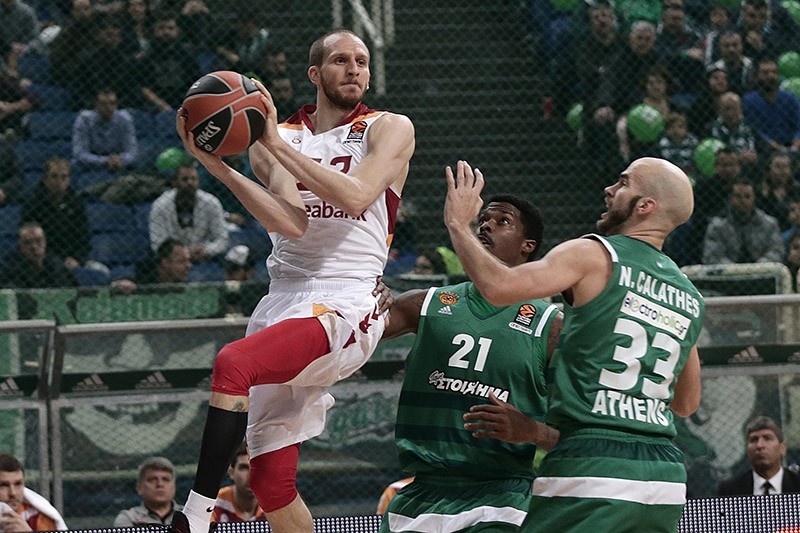 Galatasaray will look to get its 7th victory in the season during the match, set to start at 8 p.m. Turkish time (1700GMT) at Istanbul's Abdi Ipekçi Arena.

Panathinaikos currently stands in the number seven position with 11 wins and 9 losses, enough to secure a playoff position.

But Galatasaray is dead last with 14 losses and only 6 victories.

Another Istanbulite powerhouse, Anadolu Efes, will look to improve their record to 10 wins, clashing with Crvena Zvezda (Red Star) on Friday evening in Belgrade as well.

Anadolu Efes is currently at number nine, just outside the playoffs.

Their opponent Crvena Zvezda Belgrade stand in the fifth spot, with 12 wins and 8 losses.

The Yellow Canaries managed to boost their performance in the second half after a poor first half and hold CSKA to just 11 points in the third quarter.

Center Ekpe Udoh scored 15 points and grabbed 11 rebounds in the win, while Bogdan Bogdanovic scored 12 and dished out 8 assists.

With the victory, Fenerbahçe improved to 14 wins and 7 losses in the season.

The 23 points by Nando de Colo, last season's Turkish Airlines Euroleague's most valuable player, was not enough for CSKA, also lacking Milos Teodosic and Victor Khryapa due to injuries.

Darüşşafaka Doğuş Thursday night was defeated by Italy's Emporio Armani Milano with a score of 89-87.

Emporio Armani Milano stunned Darüşşafaka by making a comeback, down 25 points in the beginning of the third quarter.

With the loss, Darüşşafaka stayed in the number eight spot, while the Milanese team racked up their 7th victory for the season.