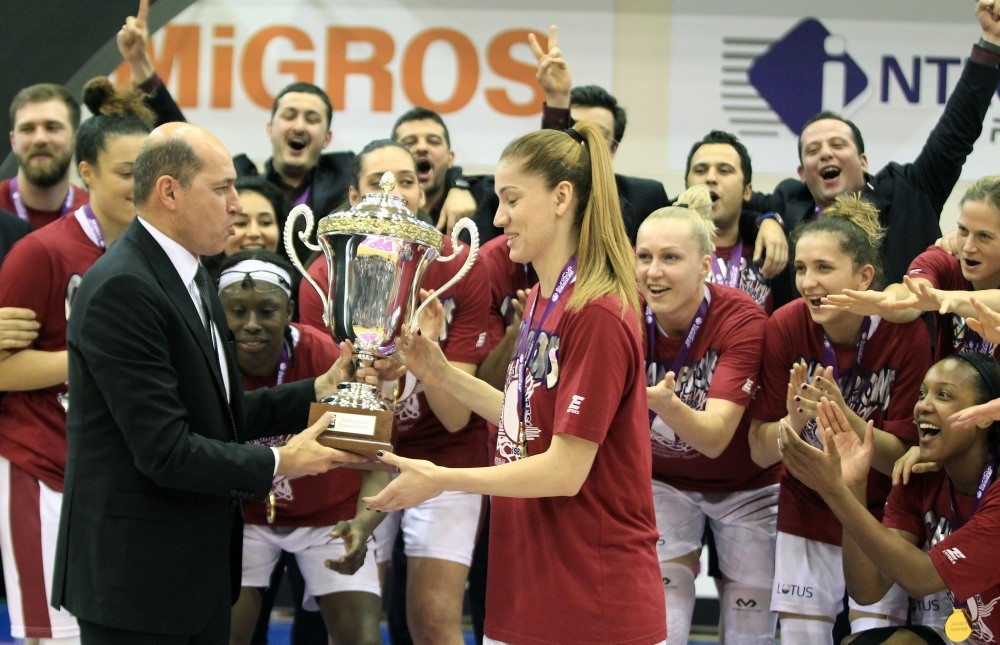 Appearing in their third EuroCup Women Final, Bellona AGÜ wasted little time in making up for the four-point deficit. After building up a 15-point lead, AGÜ looked well on track to finally win their maiden title, having previously missed out at the last step in 2012 and 2013,

However, a spirited comeback in the final quarter, led by international stars Quanitra Hollingsworth and Yelena Leuchanka, saw the home team rally back into contention. As the sellout crowd rose to their feet and found their full voice, Yakın Doğu stormed to a 63-58 victory, giving them a 136-127 win on aggregate.

Meanwhile, the European women's club competition season draws to a close this coming weekend in Ekaterinburg, Russia, where home side UMMC Ekaterinburg will host Dynamo Kursk, Fenerbahçe and ZVVZ USK Prague in the EuroLeague Women Final Four. The Semi-Finals will be played today with the medal games taking place on Sunday. Yakın Doğu University was established in 1988, is located in Nicosia, capital of North Cyprus.
RELATED TOPICS