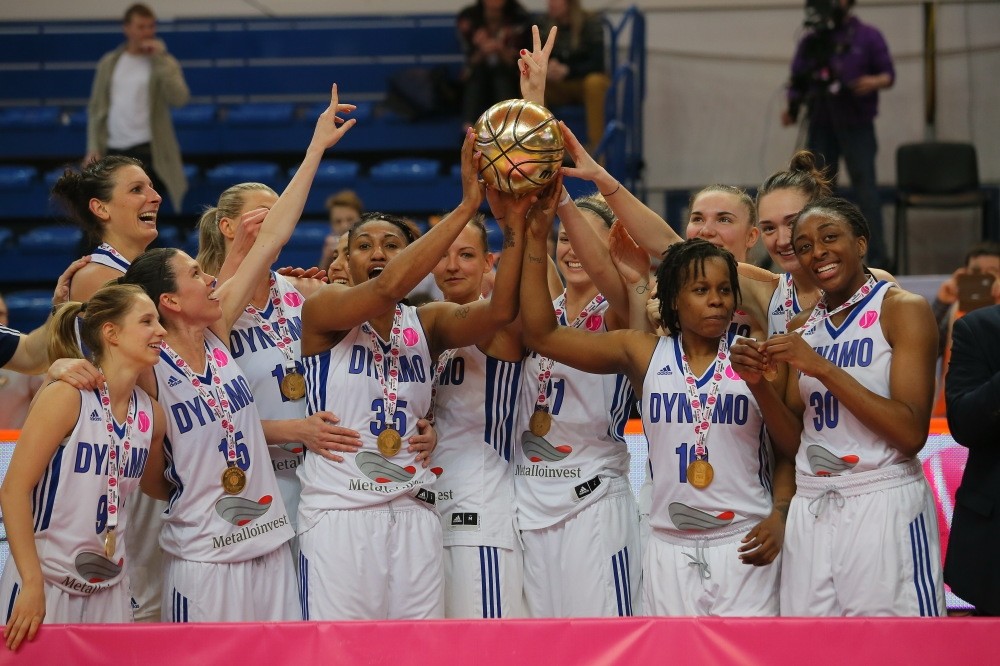 Dynamo Kursk won their first ever EuroLeague Womenu2019s title and finished the season unbeaten.
by Daily Sabah Apr 18, 2017 12:00 am
With Fenerbahçe unable to break their habit of losing in finals, Dynamo Kursk won their first ever EuroLeague Women's title after beating the Turkish team 77-63 in the championship game in Ekaterinburg on Sunday afternoon. With this result Fenerbahçe suffered their third loss in the finals. Fenerbahçe lost against UMMC Ekaterinburg in 2013 and Galatasaray in 2014. As for the game, Angel McCoughtry scored 20 points and Nneka Ogwumike added 19. Trailing 10-0, Kursk scored 31 of the next 42 points to take command.

After trailing by 18, Fenerbahçe got within two at 62-60 with 7:27 left, but Sandrine Gruda missed a shot that would have tied it. Dynamo Kursk scored the next 15 points to put the game away, with McCoughtry hitting a 3-pointer to close the burst and clinch the club's first EuroLeague title and finish the season 18-0.

"I'm incredibly proud of my team's efforts," said Ogwumike, who also won a WNBA championship last fall with the Los Angeles Sparks. "It's been so much fun playing with them, for them, and for the Dynamo Kursk organization. Another championship to celebrate never hurt."