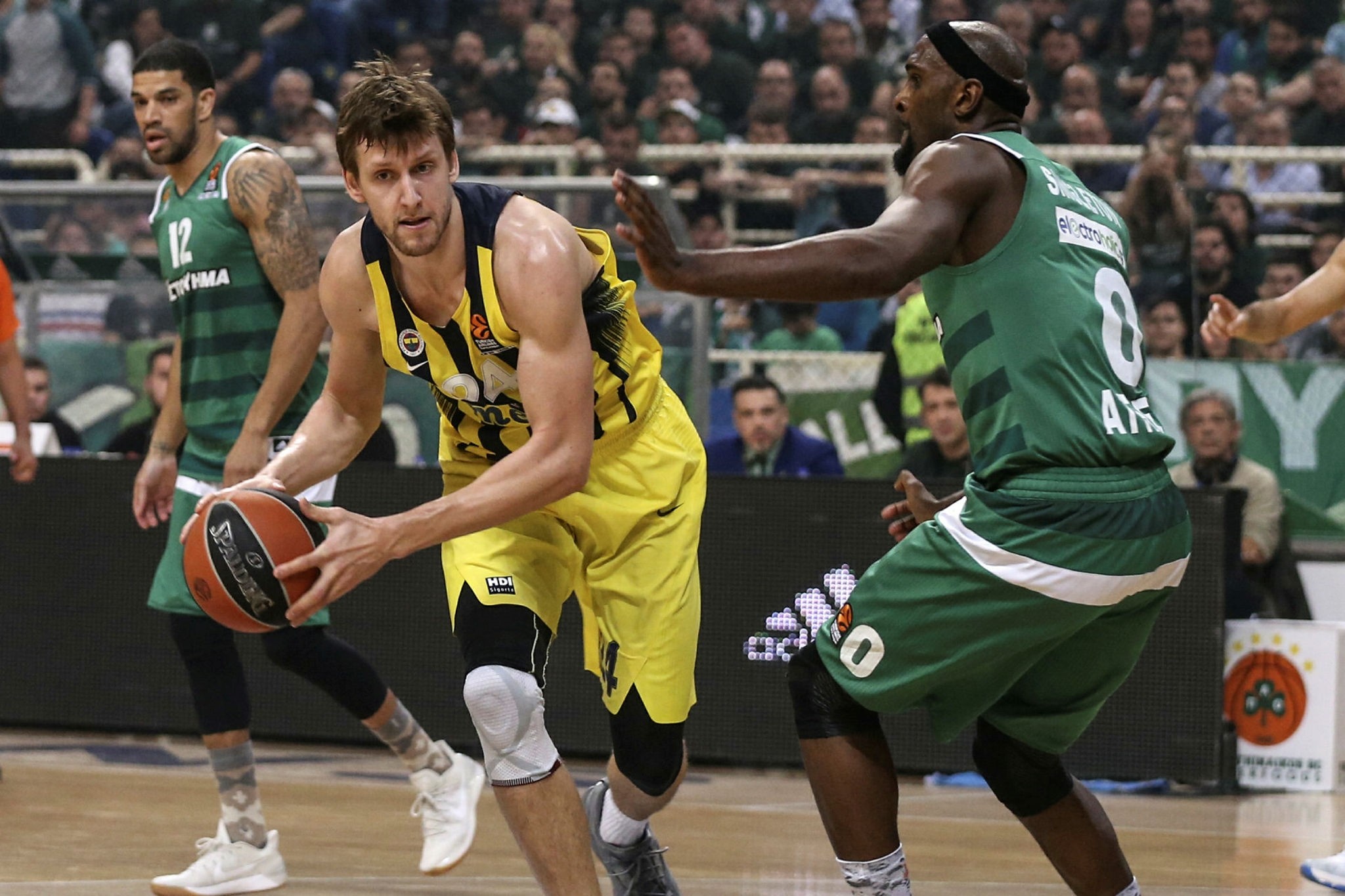 Istanbul's Fenerbahçe defeated Greece's Panathinaikos 71-58 on Tuesday in Turkish Airlines Euroleague playoffs in Athens to grab a 1-0 lead in the best-of-five series.

The match, played on Panathinaikos's home court at the Nikos Galis Olympic Indoor Hall, saw a resilient Fenerbahçe side leading 16-15 at the end of the first quarter.

The Turkish side's coach Zeljko Obradovic squared off for the first time against his former team, with which he won five continental titles.

The fourth-seeded Panathinaikos, having never lost at home against Fenerbahçe, took control in the second quarter to lead 42-28 at halftime.

The second half belonged to fifth-seeded Fenerbahçe, who dominated their opponent 20 to eight in the third quarter behind efficient offense from guard Bogdan Bogdanovic and a strong defensive presence from center Ekpe Udoh.

In the final quarter, Fenerbahçe held Panathinaikos to only eight points.

Bogdanovic finished with 23 points, five rebounds and four assists and was designated Most Valuable Player of the match.

Nikola Kalinic added 16 points and Bobby Dixon chipped in 13 for the winners.

"We played excellent on defense, everyone contributed on offense, scoring some easy baskets in transition," Bogdanovic said after the match.

In the other match of the evening, CSKA Moscow defeated Spain's Baskonia Vitoria Gasteiz 98-90 to take a 1-0 lead in the series.