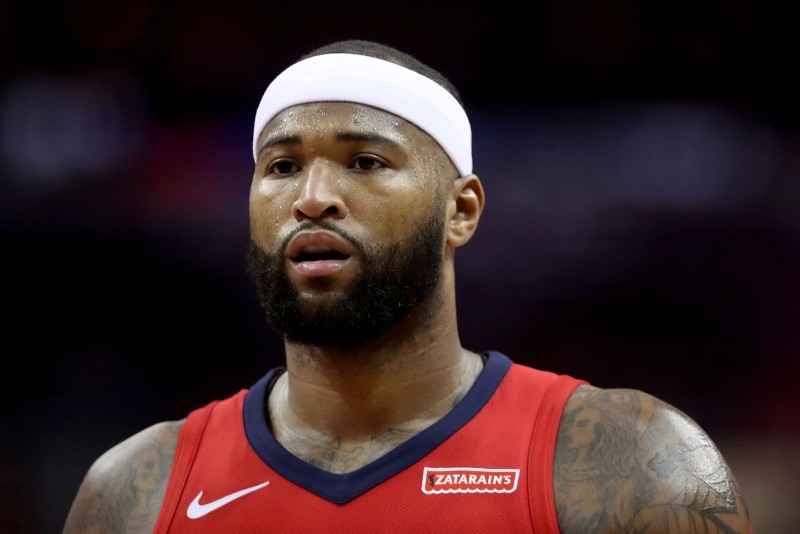 Free agent center DeMarcus Cousins has agreed to a one-year, $5.3 million contract with the Golden State Warriors, according to multiple reports on Monday.

According to an ESPN report, Cousins narrowed his choices to the Warriors and Boston Celtics before picking Golden State.

The news comes less than 48 hours after reports said Cousins planned to meet with New Orleans Pelicans, his old team, and the Los Angeles Lakers, for whom the big man had been considered a likely target after they missed out on Paul George.

Cousins told ESPN's The Undefeated that he was hurt that he had no offers, including from the Pelicans. He made the decision to join Golden State after conversations with president of basketball operations Bob Myers and former Team USA teammates Stephen Curry, Kevin Durant and Draymond Green.

"This is my ace of spades," Cousins told The Undefeated. "This is my chess move."

Cousins, who turns 28 in August, is recovering from a torn left Achilles tendon sustained in January. Prior to the injury, the Pelicans were expected to offer him a max-level, five-year contract this offseason, but the severity of the issue was expected to depress his market significantly. Now he will have the opportunity to repair his value on a one-year contract before hitting the market again next offseason.

Cousins told The Undefeated he is aiming to be recovered by training camp.

Before his injury, Cousins was averaging 25.2 points, 12.9 rebounds, 5.4 assists, 1.6 steals and 1.6 blocks per game through 48 games with the Pelicans, figures that have never been reached by one player in a single season in NBA history. It was his first full season in New Orleans after the Pelicans acquired him in February of 2017 for a package including Buddy Hield, Tyreke Evans and a first-round pick.

The Los Angeles Lakers, who agreed to a four-year, $154 million deal with free agent LeBron James on Sunday, were also trying to lure Cousins to southern California.

The Warriors did lose center JaVale McGee in free agency to the Los Angeles Lakers.