Thanks to social media, bullying authors and artists is not as easy as it used to be 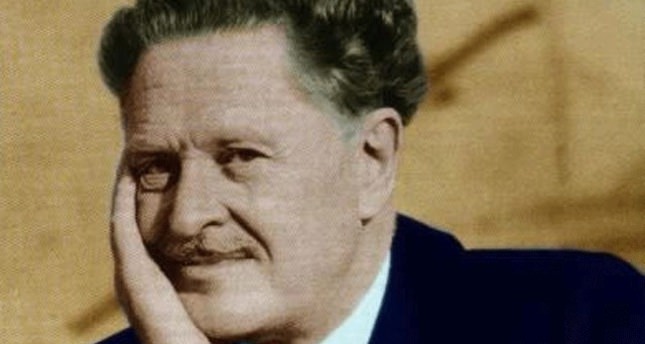 by Kaya Genç
Aug 04, 2014 12:00 am
In the history of the Turkish press there are countless examples of newspaper columnists who made careers out of their bullying the country's writers and artists. After the poet Nazım Hikmet became a target of the regime because of his dissident views, his death sentence was passed on through the newspapers. In 1951 one of the highest circulated dailies printed his picture on its front page, with an accompanying text that explained this decision. "So that you can spit on his face as long as you like," the ominous passage read. We don't have the means to know how ordinary people reacted to this show of aggression.

Throughout the last century, numerous other authors (such as the feminist liberal novelist Halide Edip Adıvar, and the great social-realist writer Yasar Kemal) had been victims of similar bullying campaigns carefully designed to provoke feelings of hatred in newspaper readers. Columnists, from their high seats of power and influence, frequently accused Turkey's authors of being degenerate traitors who stab the country in the back. In their role as "enlightened voices of the nation," those columnists wanted to teach the rebels a lesson, and considered this a public service.

Their columns had the practical use of saving their readers from the boring job of reading all of the tomes written by the authors; they provided the readers with little pills of hatred that they could use in the course of their conversations with their cultured friends. By imitating the voice of the enraged columnist, the reader could happily pontificate about the novelist, even if he has never read a word. I was reminded of this long tradition of columnist bullies, while reading about the social media campaign started earlier last week to boycott the work of Turkish-Jewish writer Mario Levi. Under the pretense of acting morally, benevolently and for the public good, the organizers of the campaign asked Turkey's citizens to boycott Levi's books, using the racist excuse that Levi is Jewish. Such ridiculous arguments had long been used by Turkey's columnist bullies in order to destroy the careers of writers and artists. But, "the times they are-a-changin'," as Bob Dylan sang.

The ridiculousness of such an argument is quickly discovered and argued against on social media. Indeed, Turkey's twittersphere was abuzz with messages condemning the targeting of this fine writer, and dozens of fellow writers expressed their solidarity with him. Daily Sabah quoted Culture Minister Ömer Çelik, who condemned the campaign on his Twitter account, writing, "The provocative reactions against Turkey's prominent author, Mario Levi, are ultimately wrong. It is a hate crime."

International PEN issued a statement to protest the campaign, and Jo Glanville, director of English PEN, wrote, "This is a deeply misguided campaign that can only perpetuate ignorance and hatred. It is particularly ironic that a writer such as Mario Levi, who has often written about multiculturalism and integration, should be the target of this boycott." When Yasar Kemal wrote an impassioned essay for the British magazine Index on Censorship in the 1990s, and asked for a solution to the civil war that was destroying Turkey, columnist bullies targeted him and his work in numerous campaigns.

At the time, people who did not work in the media or weren't members of a human rights organization had little chance to express their views about such bigotries. Nazım Hikmet had been given no chance to respond to calls to spit on his picture. Readers could show their support only through buying the works of these targeted writers, but in the case of Hikmet, that was also impossible, since carrying a poem by Hikmet could easily get one into prison. "My author friends, readers, students, colleagues, you have shown me what a beautiful country I am living in," Levi tweeted on July 23.

Finance Minister Mehmet Simsek quoted Max Horkheimer when he called the incident "an eclipse of reason." An eclipse of reason is a great way of describing both this hate campaign and Israel's atrocious and bullying military campaign in Gaza, which has killed 1,300 people in three weeks with
the accustomed excuse of "fighting terrorists."
Last Update: Aug 04, 2014 1:49 am