‘Istanbul's Culture and Literature Map' promises a long and pleasant journey to Istanbul. It's an impressive book with its carefully selected photographs, paper, print, binding, cover and contents. It is enriched by texts quoted from poets, authors and scientists who have thought, written and dreamt about Istanbul. In my opinion it is a guide book to keep handy for all those who love Istanbul.' - Author Beşir Ayvazoğlu

Istanbul is a legendary city. With its history, art scene, nature, geographic location and literature, it is a pearl in the world. We know it from the epics, praising articles and poems that turn it into an almost fantastical land - as well as from poets and the notable men of literature. If we could gather all the works of literature from their various genres which were written by Istanbul's writers, Istanbul would immediately become its own land of literature. The city which has been described in stories and has played a prominent role ever since the first time man set foot on it, Istanbul has thrived as a city where we are now witnessing progress and change beyond one's comprehension -- and still the city remains young. This is and continues to be the big picture where the "Istanbul and Literature" concept is concerned. 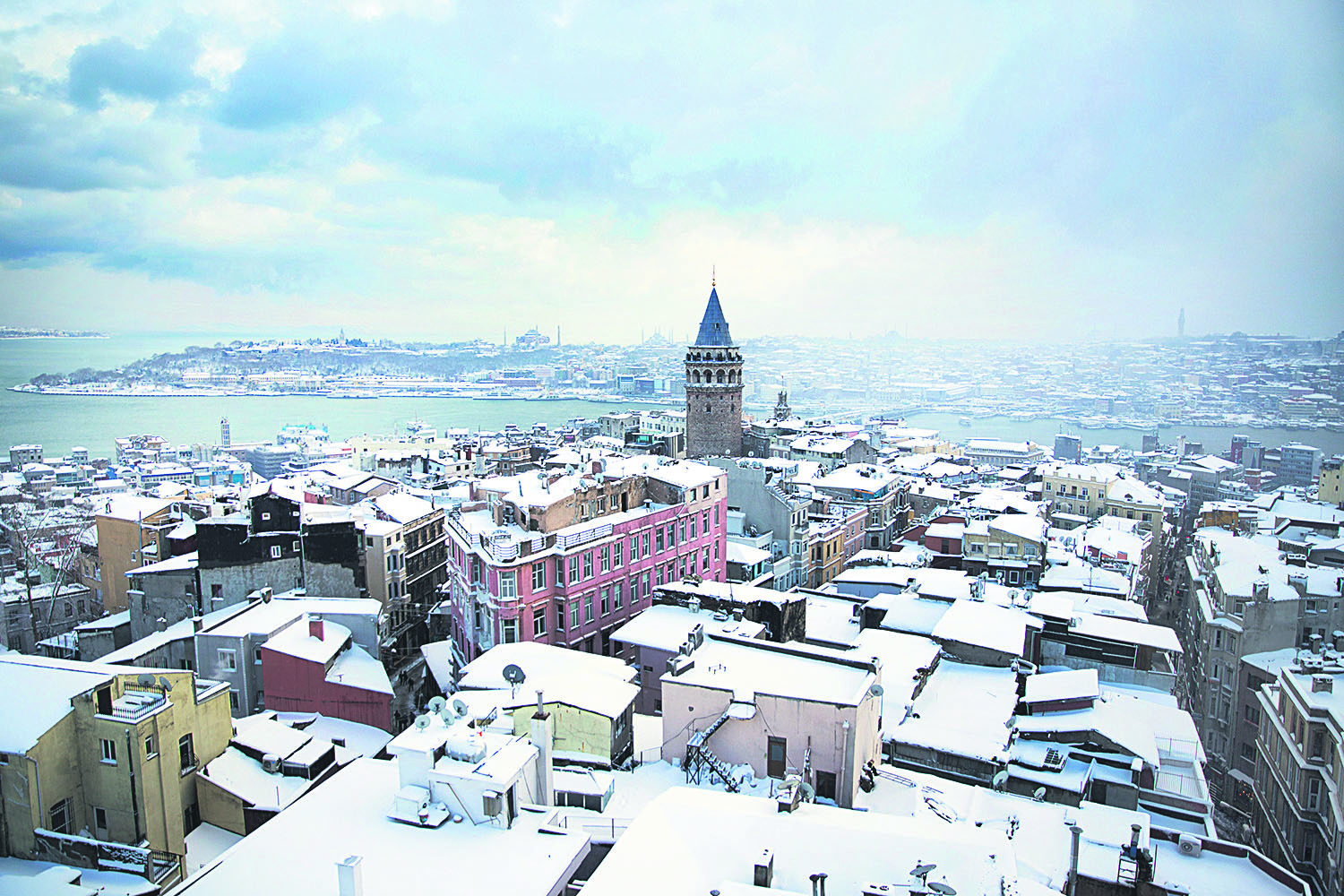 The TURİNG (Turkish Turing and Automobile) Institution has decided that a thorough study is necessary to reveal where Istanbul and literature intercept, together with writer Mehmet Davut Göksu and photographer Nevzat Yıldırım who graduated from Kocaeli University's Fine Arts Photography Department in 2010 and later won the "Young Photographer's Award" within the scope of the "Moon and Stars Project" organized by the American Turkish Society in New York. He received his M.A. in photography from Mimar Sinan University and has since been developing documentary and contemporary art projects related to photography and working as a lecturer at several universities. 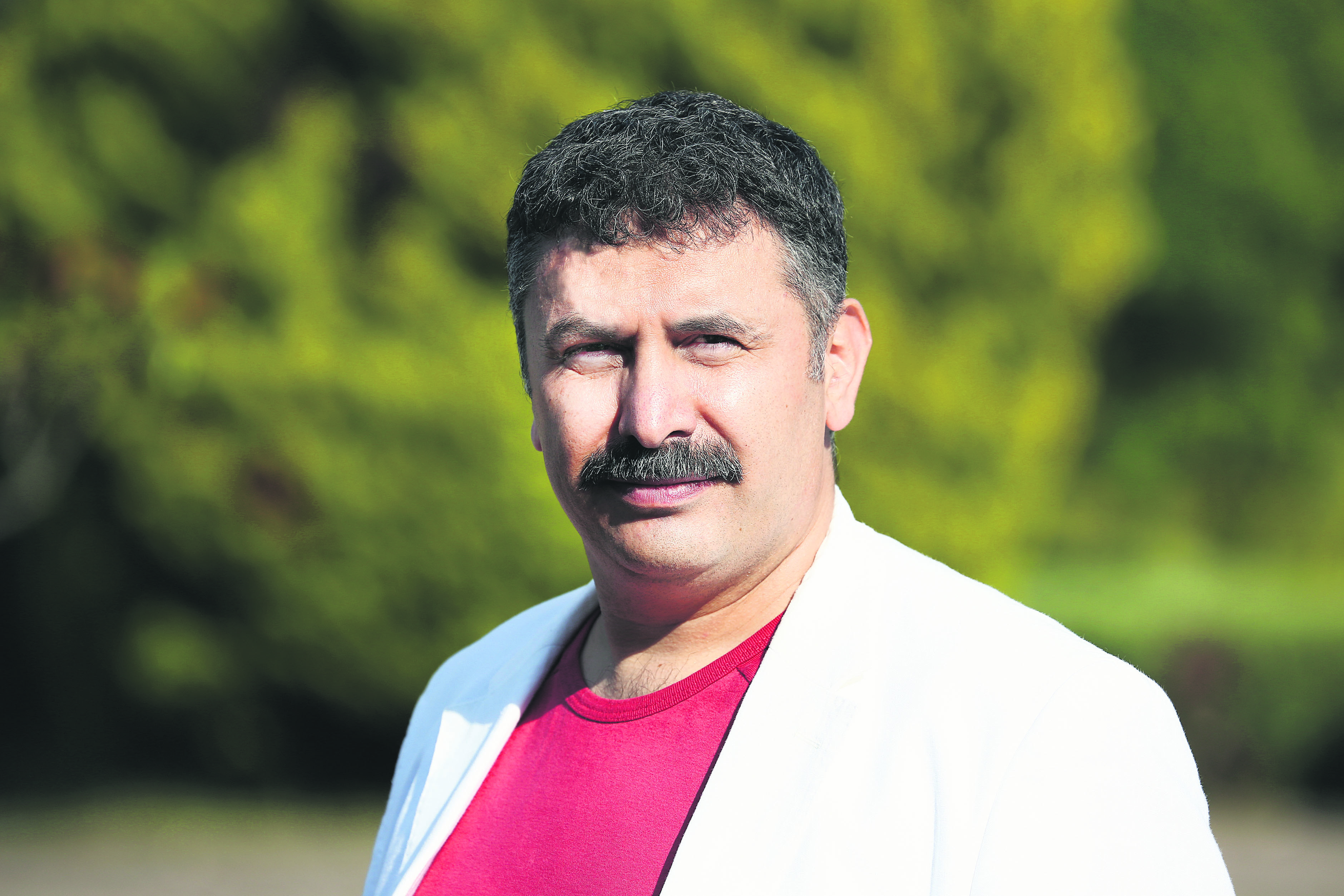 Mehmet Davut Göksu started his career in radio in 1993 and worked as a producer and presenter for various studio channels. In 1997, he started working in broadcast journalism and completed various successful, nation-wide projects as a general coordinator and creative coordinator. He became an associate of the Turkish Writers' Foundation and later completed his Master's in Islamic Sufism. Göksü's second focus was on global cities and Istanbul. He started focusing more on urban philosophy, ultimately going on to establish the Şehriyar foundation and working on Istanbul-related research and urban projects. He continues to write for various magazines on the subject of "city-man-literature" and runs the "Şehriyar" program on Turkish Radio Television (TRT). 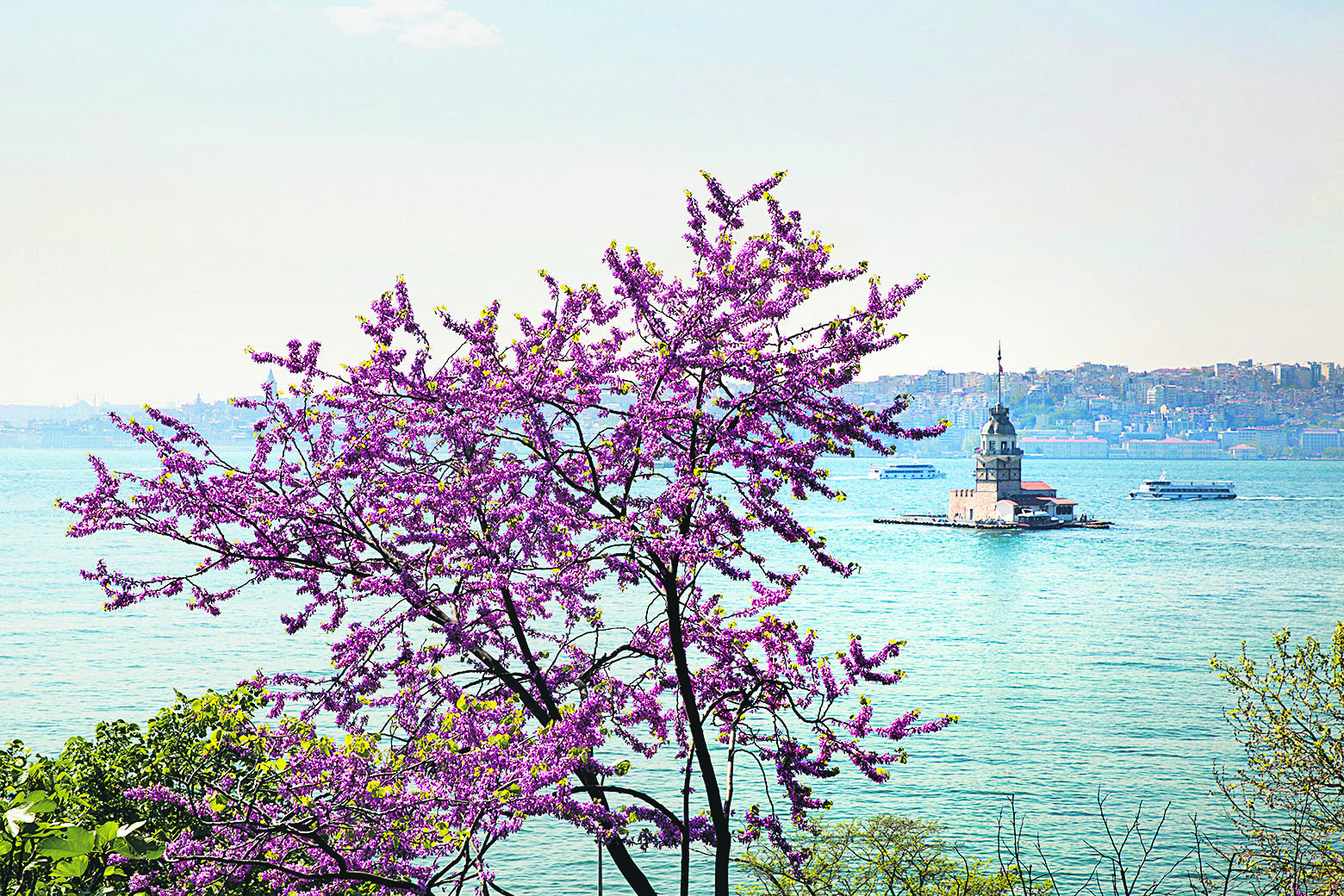 As stated above, due to the depths of such research, the process of preparing a photo book wasn't easy. Therefore, Göksü and Yıldırım determined a few ground rules and perspectives in order to study the vast field. The style of the book is based on these grounds and uses them as the main columns to carry such a large structure. What shaped this structure are the main areas this man of literature concentrated on. In other words, the writer of the book, Mehmet Davut Göksu, focused on the parts of Istanbul that poets and writers have focused on before; hence, the book was named "Istanbul's Culture and Literature Map." 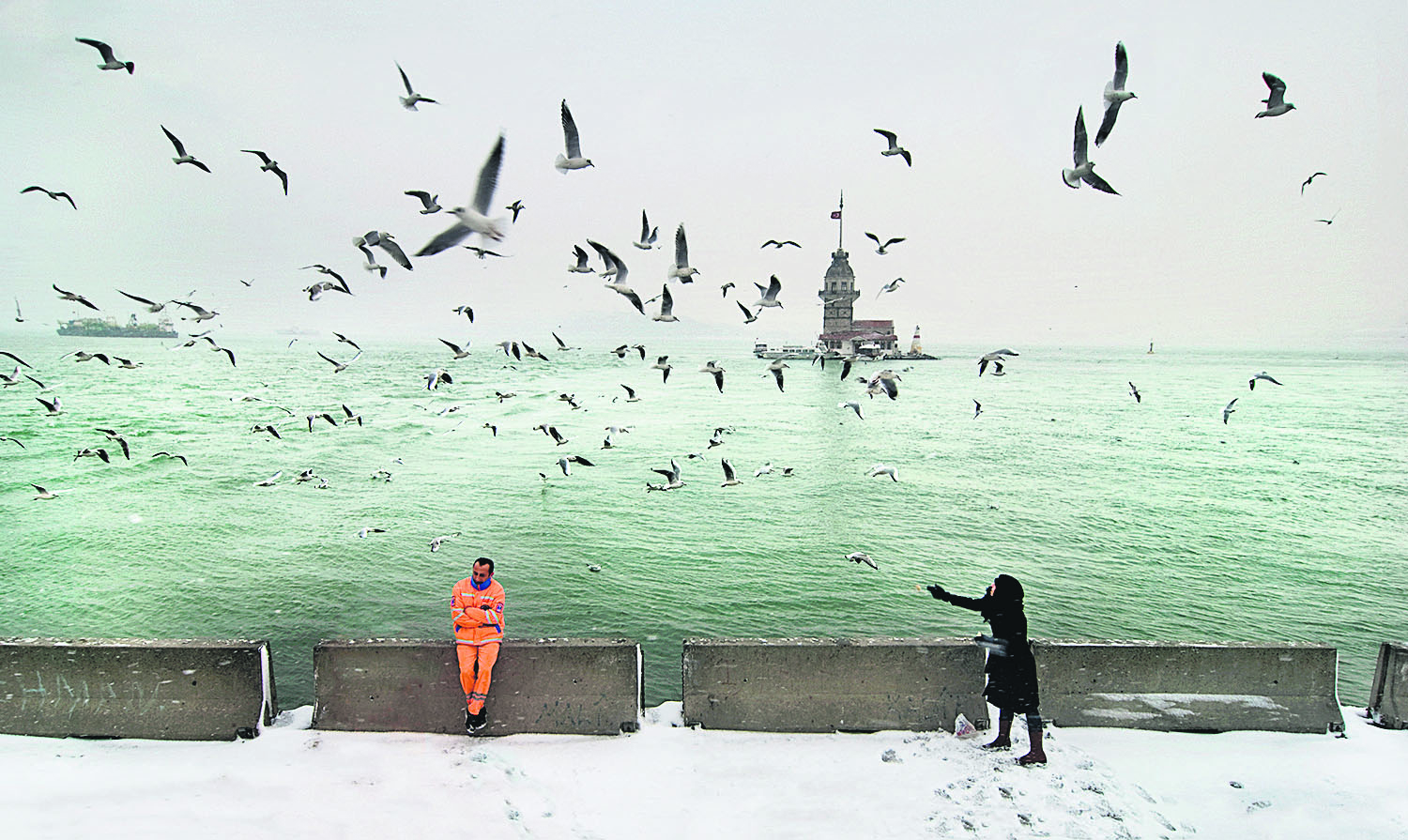 Doctor Sinan Genim attributed great value to the book. Istanbul's Culture and Literature Map should be considered as an effort to repay our debt to this beautiful city we live in. The 568-page book consists of four various photographs taken by Nevzat Yıldırım around Eyüp, Galata, Üsküdar, Boğaziçi and the Princes' Islands. The book consists of four chapters: Meaning, location, life and time. 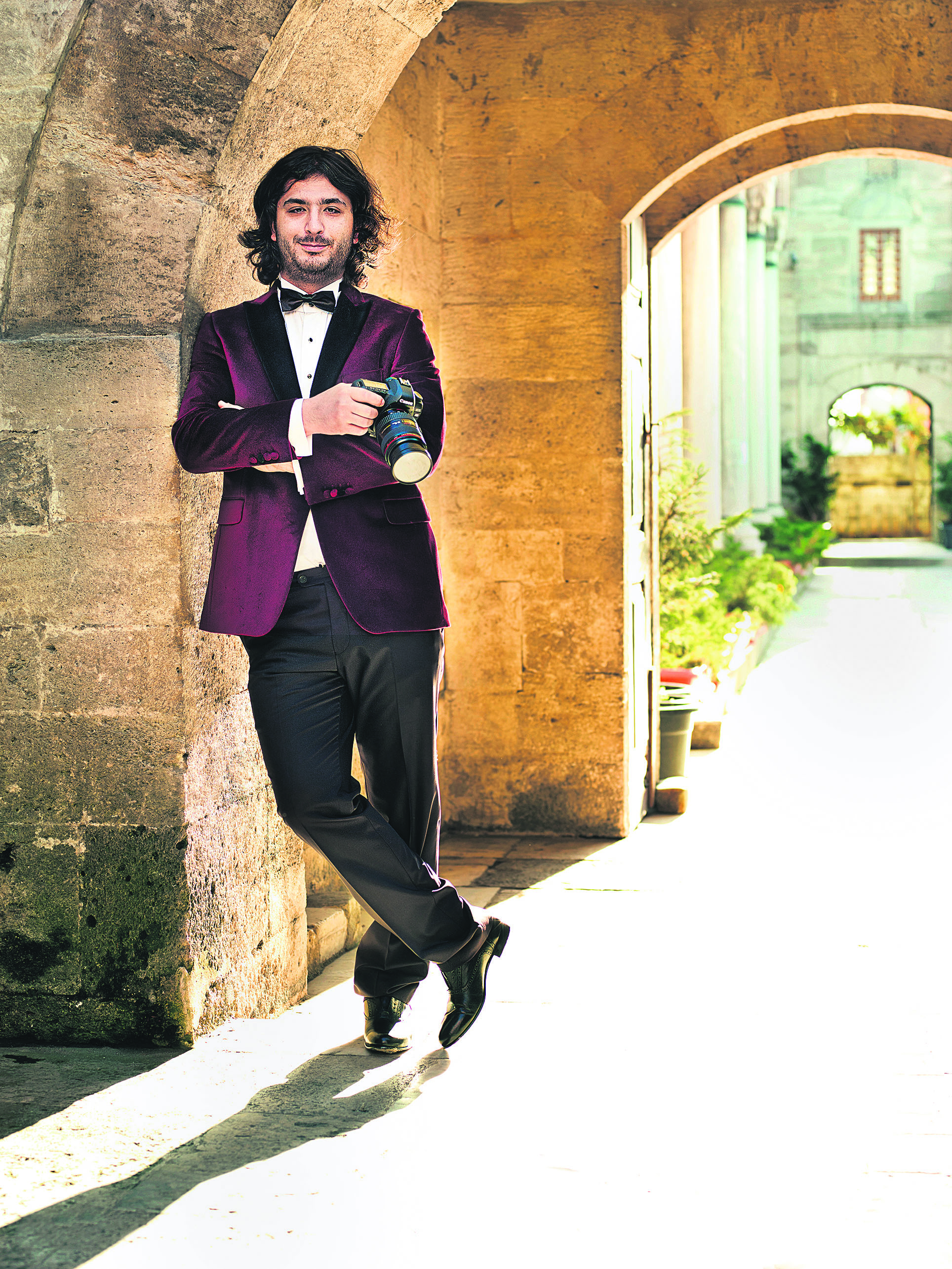 Every site and every city has a meaning; however, it is hard to understand this meaning and even harder to explain and illustrate. This is especially true if we are talking about each Istanbul author or poet, from Nedim, Enderunlu Vasıf, Sünbülzade Vehbi to Yahya Kemal Beyatlı, from Salah Birsel to Necip Fazıl Kısakürek. They all explain it from a different point of view. One is inspired by the ethereal life of the city; the other grieves when looking at it.

"I want to leave my opinion about the location, life and time chapters to the reader. I hereby want to thank all Turing employees along with their president, Bülent Kalkat, for this valuable work, which includes biographies of many valuable people who have lived or are still living in this amazing city," Genim said. 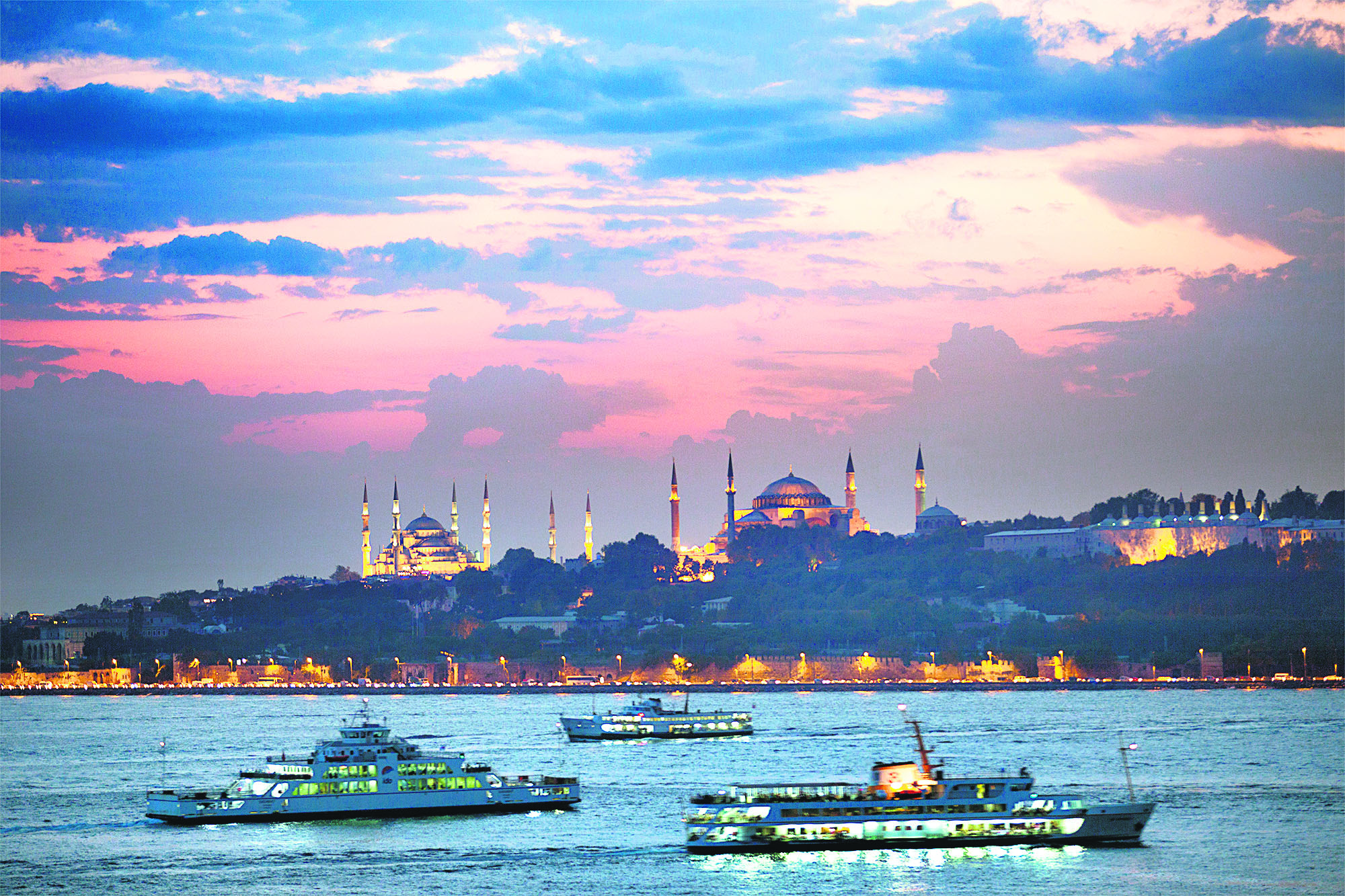 There are various valuable academic books on Istanbul which provide various insights through footnotes. However, these books are mostly used for research and are usually distant from their target audiences. Further, researchers have to revise the wording and style of these academic books when they have to present them to the public or their students. Therefore, these information resources might be overlooked. Istanbul's Culture and Literature Map has combined information from both literary and academic sources. As a result, the readers can easily enjoy the book.

The book focuses on the man of literature who attributed lines, texts and works to Istanbul's beauties and also on the man of culture, who has spent his entire life striving for this city. The bibliography contains all the sources used in the book. 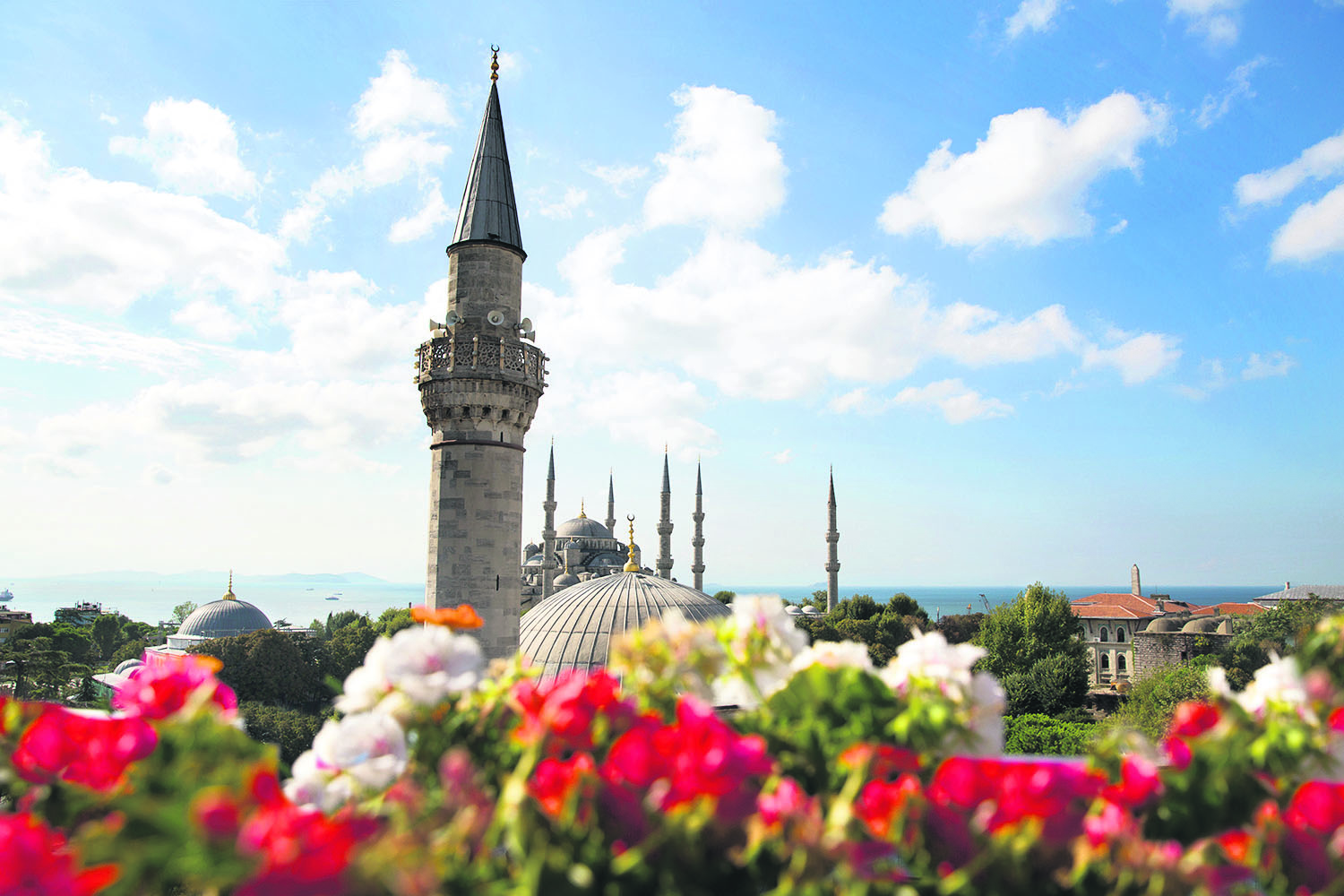 A large committee worked on choosing the literary experts to be included in the book and Professor Abdullah Uçman worked as a consultant for this study. These names were chosen sometimes due to their recognition, importance and sometimes because of the beauties of Istanbul they depict. "The holy city, Istanbul, ushered by our Prophet Mohammed that it will be invaded by Muslims one day, has been a source of inspiration of various Turkish and non-Turkish poets and writers from the day it was established, throughout the Byzantine and Ottoman times and has become a city many writers and travelers have praised. It has been and still continues to be the subject of various poems, stories and novels, memoires, engravings with its history, past and natural beauties. It is still a center of attention with its palaces, mansions, waterfront residences, mosques, fountains, imarets, vineyards and gardens. This book is one of the best and recent works on Istanbul that brings together the most outstanding quotations from poems, stories, novels and memoirs written by some of the most important names in Turkish poetry and literature," Uçman said. 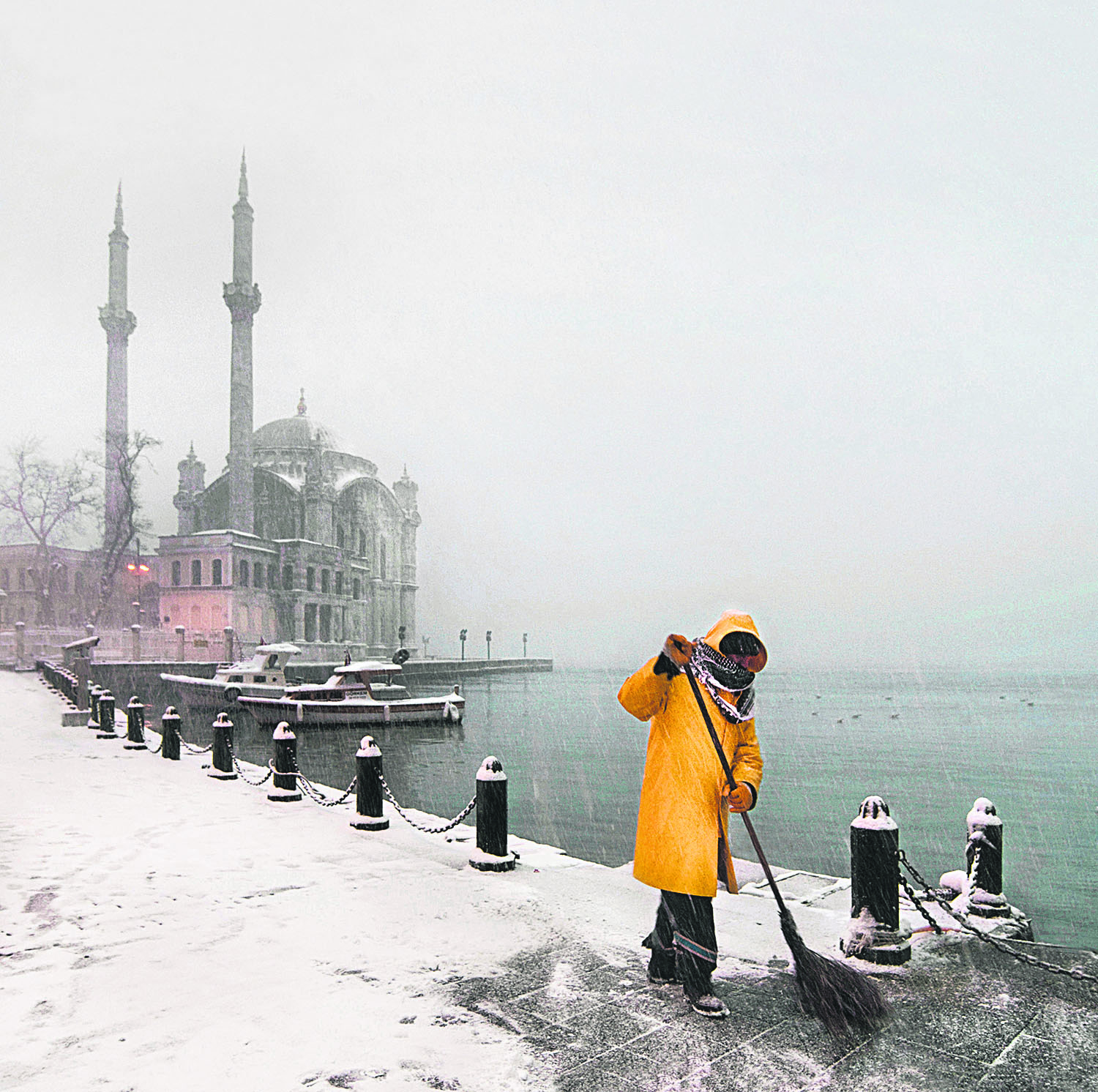 Another essential thing about the work is the photography. While the photos show the architecture of Istanbul, the city has been displayed with all its artistic beauty and depth. Frames that best capture the beauty of the city have been included in the book. In the last year Nevzat Yıldırım took and edited over 300 photos for the book. As Istanbul is massive, a photography index is added to the end of the book for those that are not familiar with where the photographs have been taken. A world-renowned British photographer, Peter Sanders commented on the photography. "When you look at the photography in the book, it is evident that the photographer, Nevzat Yıldırım, has given the book its soul, as is evidenced by his highly esthetic photography of such a chaotic city like Istanbul. His art should be renowned and he should be supported so he can represent his country in the global arena of art business. I found the book visually successful and would like to thank all those involved," Sanders said.

Assistant Professor at Mimar Sinan Fine Arts University, Ozan Bilgiseren said, "The eyes and talent of Yıldırım, who is an important representative of talented, university-educated, young documentary photographers, have combined and integrated the words, thoughts, aphorisms and quotes of various writers, poets and intellectuals - who lived in different times and produced different types of works - in a documentary perspective. Yıldırım uses various photography perspectives without repetition and has achieved in creating a visual feast."

DS Gallery: Here are some of the photos featured in the photobook
Last Update: Jan 04, 2016 5:20 pm
RELATED TOPICS