Arabic Book and Culture Days in Istanbul a treat for bibliophiles 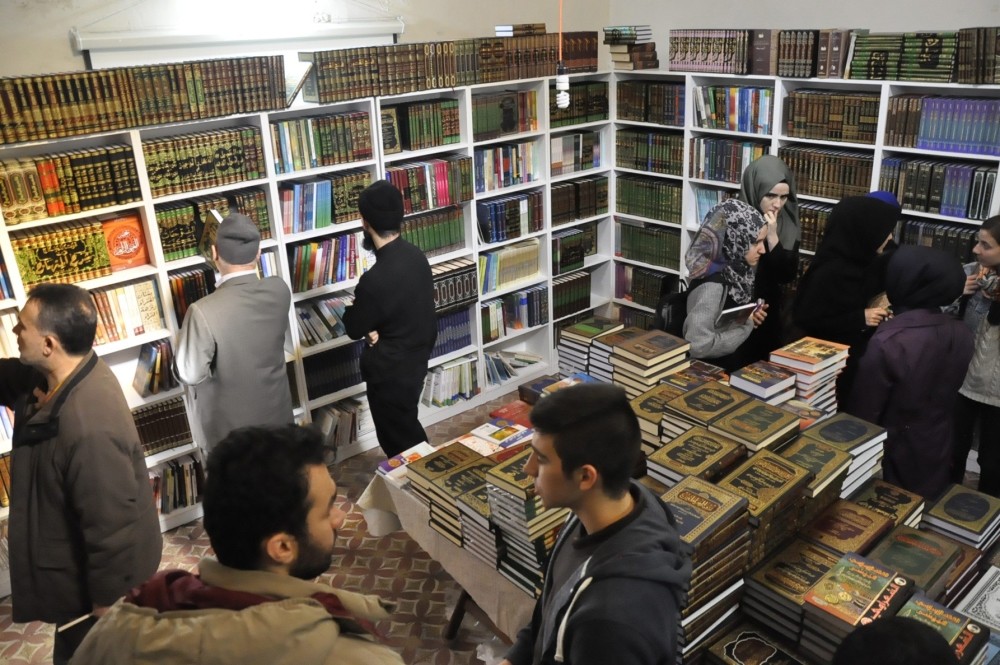 by Daily Sabah Feb 08, 2017 12:00 am
The Writers' Union of Turkey, the Istanbul Sultanahmet Foundation and the Haşimi Publishing House are inviting book lovers to the Arabic Book and Culture Days, which will feature bold, rich content at the Sultanahmet Madrasah for the second edition of the venue which began in 2016.

The Arabic Book and Culture Days fair will welcome several publishing houses from across Turkey, Syria, Saudi Arabia, Lebanon, Jordan, Egypt, Algeria, Tunisia, Morocco and Kuwait, for the event which will highlight Muslim scholars and Arabic publications under the theme of "Scholars and Literature."

After gaining national and international attention from the press, the organization successfully managed to reach thousands of bookworms with exclusive publications, short documentary films and interviews. The fair will emphasize on the importance of Arabic literature for both Turkey and the Islamic world.

In addition to the many events organized for avid readers and Arabic literature enthusiasts alike, the second edition of the fair will feature special events for Syrian refugees; especially children.

Last year, children's magazines in Arabic were distributed, free-of-charge, to 10,000 refugee children, and this year organizers are expecting to reach even more Syrian children.

Thanks to its spirited mission, the organization has become much more than a book fair. Hence, the organization will welcome numerous scholars from Turkey and the Islamic world as well as academicians, writers and publishing houses.

İsmail Hakkı Tavman, the president of the Istanbul Sultanahmet Foundation and the host of Arabic Book and Culture Days, touched upon the importance of preserving of cultural heritage.

"For centuries, our foundation has been working hard to keep society on its feet and to feed the people of this nation like a mother and father as a civil society movement. As Istanbul Sultanahmet Foundation we are trying to do our part to keep our cultural heritage alive," Tavman said. "The lessons offered by recognized scholars at our madrasah are worthy of the spirit of this madrasah which was founded by our ancestors. Just like the previous year, Arabic Book and Culture Days will be more than a book fair and turn into a council of science. I must admit that we not only expect visitors who are interested in Arabic language and literature but also students, researchers and parents seeking to learn more about Arab history, language, literature and culture."

Mahmut Bıyıklı, the director of the Istanbul branch of the Writers' Union of Turkey said that the first edition of the Arabic Book and Culture Days had a tremendous impact on society and it garnered tremendous interest in the organization, pioneering many cultural opportunities in Turkey as well as the Arab world.

"To carry on our legacy, we will present a bolder and richer content this year. Recognized writers and scholars from Turkey and the Arab world will come together with their readers for book-signing events. Despite the rough patch facing the Islamic world, the external powers are trying to impose geopolitical maneuvers in our region," Bıyıklı said.

"However, as the children of this great civilization, we need to come up with new cultural movements and original projects for the sake of our community. Establishing this organization is an important step in that process and was born as a result of collaborations with institutions that are concerned about the future of the Arab world. [The book fair] is an important step we are taking which will yield positive results in the future," Bıyıklı concluded.
RELATED TOPICS